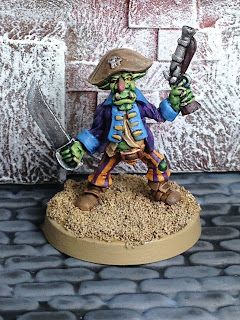 "In many worlds dwell a people whose nature is neither benevolent nor gentle. The virtues that succour them and cause them to thrive are of a darker hue. Spite, cunning and above all fear are the natural tools by which they thrive.

Whether short and rotund, wiry or perhaps even tall yet unnaturally thin, they can be fairly called a small race. Their skin is of many hues, rarely healthy, but most commonly a relatively pale shade of green. Whether they dwell amid mud huts, swamps, mountain caves or the hives of industry, they are rarely those who have prospered and grown wealthy. Their dwellings are shabby or even squalid.

Nature has not been kind to their lot, and they in turn spit in the eye of all around them, paying back as they have received. Men call them by many names, but most common among them is Goblin." 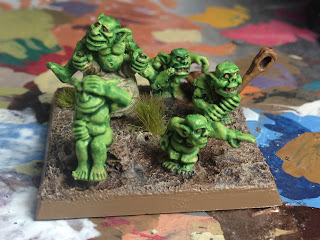 My goblin army is intended to be able to be played with Warhammer Fantasy 3rd Edition or Age of Sigmar, to taste. It sort of started at Salute 2015, when I bought more goblins than was rational or sensible. Since then, I've kept picking up the odd goblin I like when I've seen them. 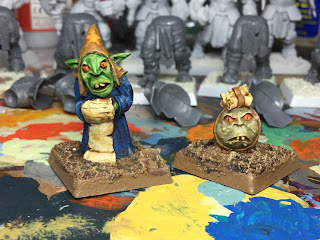 The first goblin for the army (as opposed to bases of Snotlings) is now done!