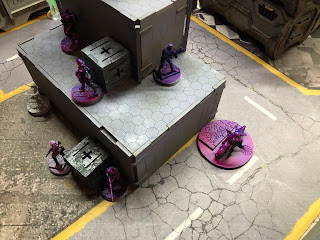 I'm planning on heading to the European Infinity Challenge again next year. My initial plan is to take Dahshat company, as they've been what I've been having my commission painter focus on now the Druze are basically all done. Also, I got fed up of losing.

But the event pack for EIC has been published and it's given me pause. This year, its a Mid-Tier tournament with the Spec Ops and Tactical Window Extras. In particular, this means you're limited to 15 models on the table, and Dahshat excels in the 16 - 20 range. Worse for me, one of the listed missions is Transmission Matrix - a mission that covers the table in Repeaters accessible to both side's Hackers, while Dahshat are terrible at Hacking and most of their best tricks are hackable.

So, I thought I'd get in some early practice. I put together a list that notably did not use McMurrough or many hackable units. I avoided McMurrough as he's often an order sink and for a practice game, that's taking a lot of the game time back to "McMurrough practice" rather than exploring options for dealing with an unfamiliar army composition and restrictions. 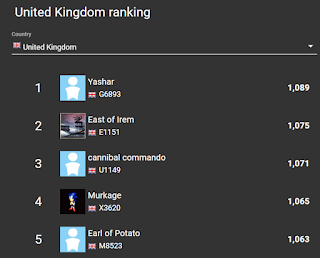 My opponent, Yashar from HATE, brought along his beloved MRRF. He's also ranked number 1 in the UK right now. But you get better by playing people who are better than you! 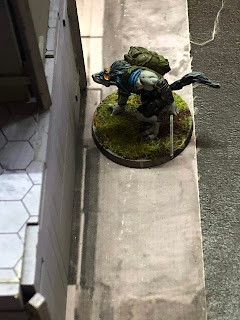 I lost the Lieutenant roll and he chose the deployment side and to make me deploy first. Hoping to tough out the first turn, I chose to go second as it really helps with scoring in area control missions.

I did not have a strong enough ARO presence to pull that kind of nonsense. 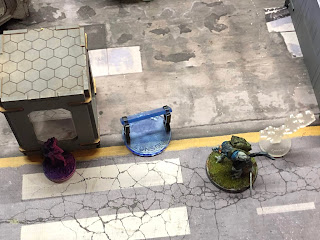 Duroc air dropped in and rampaged through my lines. I finally revealed a disguised Father Sforza and filled the Werewolf full of viral rounds, but the damage was done and I didn't have much to push up the table with. 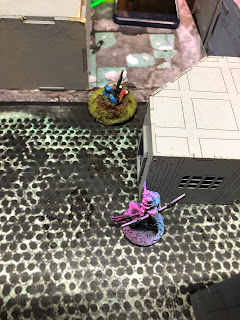 My Bashi managed to successfully clear a sniper but took a mine doing so, dying horribly. 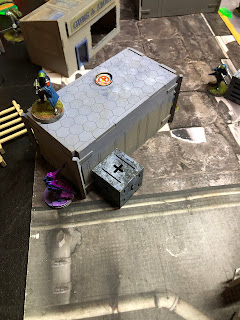 It took all my orders just to start clearing obstacles, and I never had the remaining orders or tools to clear my way to the objectives. 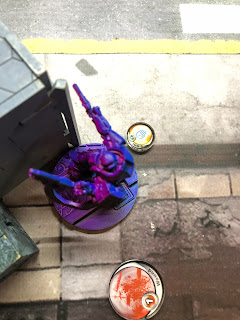 Pretty much everyone ended up glued, dead or both.


Particular thanks are due to Yashar who was feeling a bit under the weather that day but dragged himself out to play me anyway. His feedback was really useful in making me think about list design and planning, in particular.

So, definitely back to the drawing board, but I've learned a bunch!
Posted by The Responsible One at 19:00