This was going to be my round up post from Salute 2013, but there's so much material I've broken it down into pretty things I saw, and people I like. I may also do something with the big pile of business cards and flyers I got, but it is now May and maybe I should get over Salute and do something constructive. ;-)

World of Twilight had an excellent display game going on which caught my eye. Its a strange little alternative fantasy game with strange lizard people having their wars. The look of the table was definitely distinctive - the little fort and the round buildings is something no-one else has really done as a 'look', so it really stood out for me. 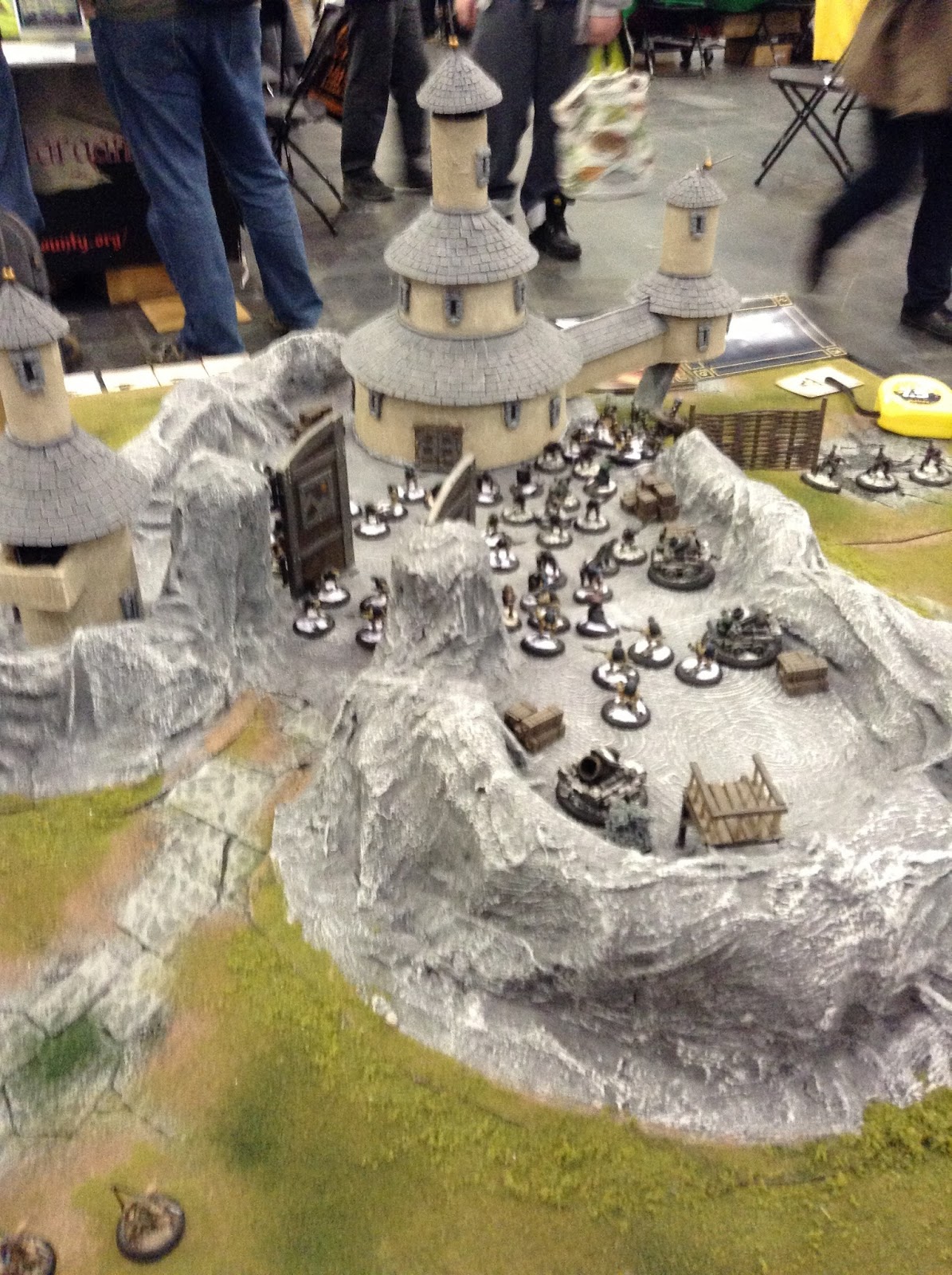 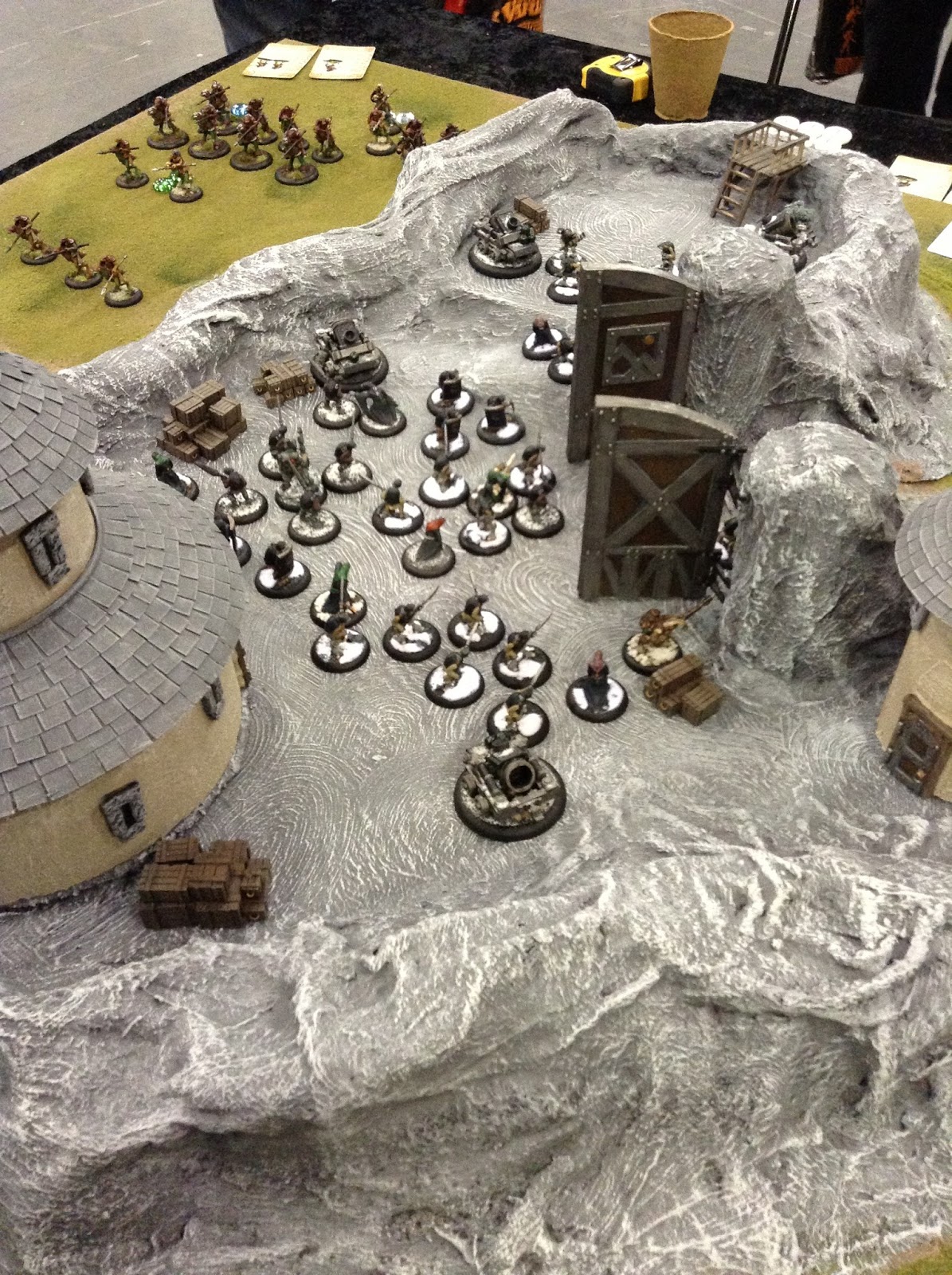 There were plenty of models involved, although I didn't stay around long enough to find out how the game-play worked. 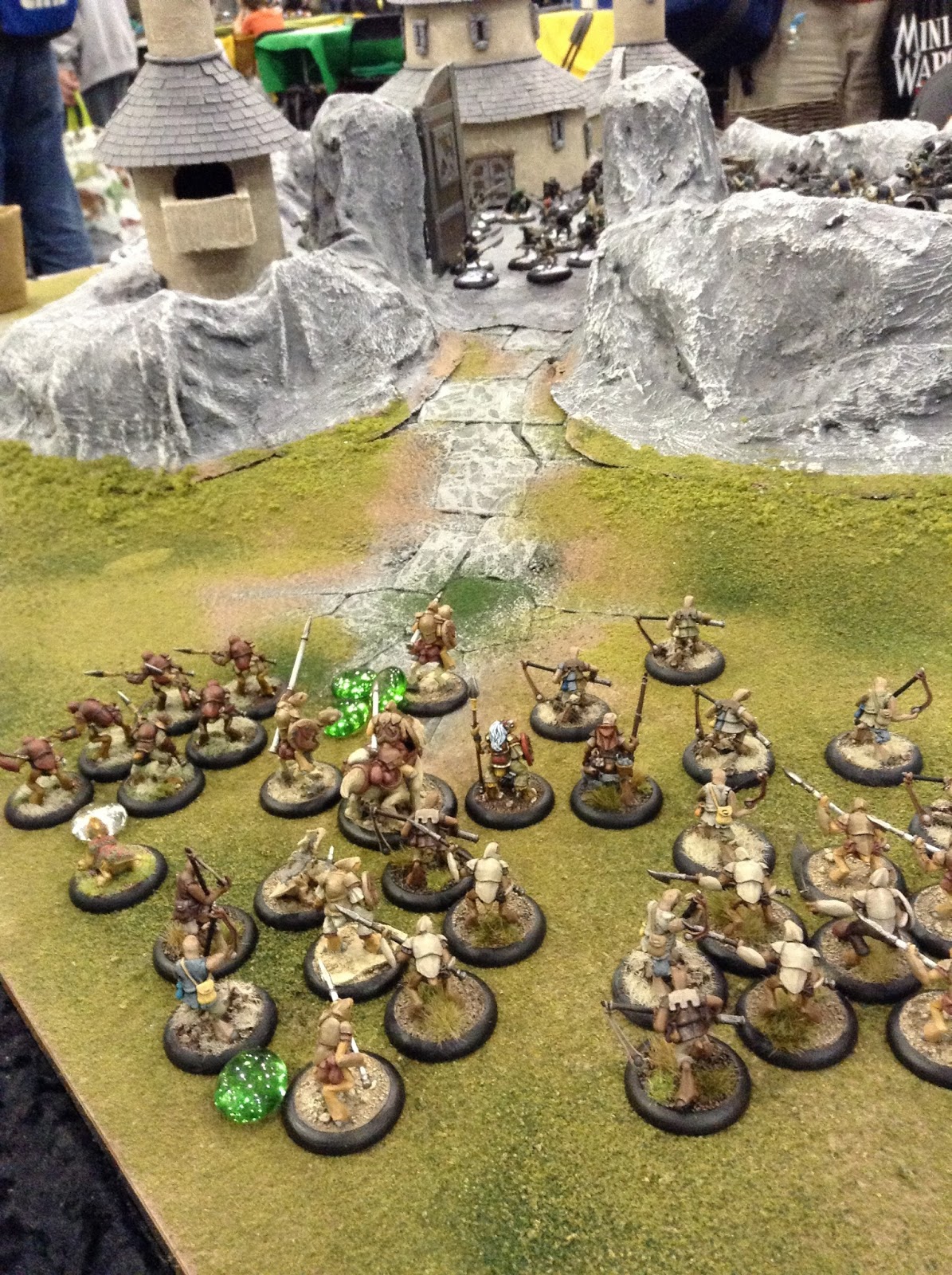 I don't know what the glass beads are for, but they seem to be part of the game mechanics somehow. 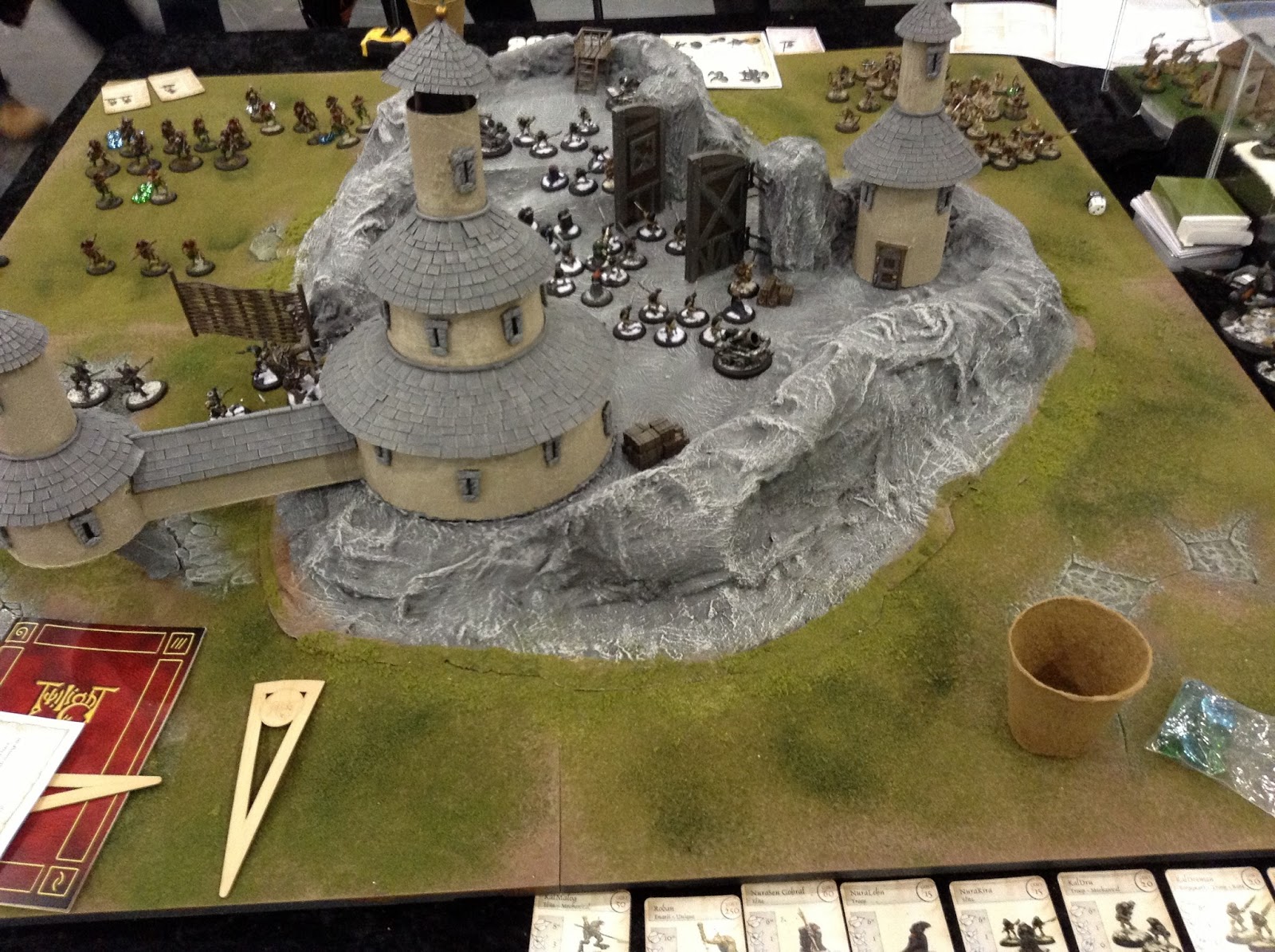 What makes this table for me is the fact that things like the dice cup and templates have a nice feel to them as well, although I have a feeling that this is the same table that was on display last year, it still drew my attention again this year.

Other tables did not draw my attention for half as long. 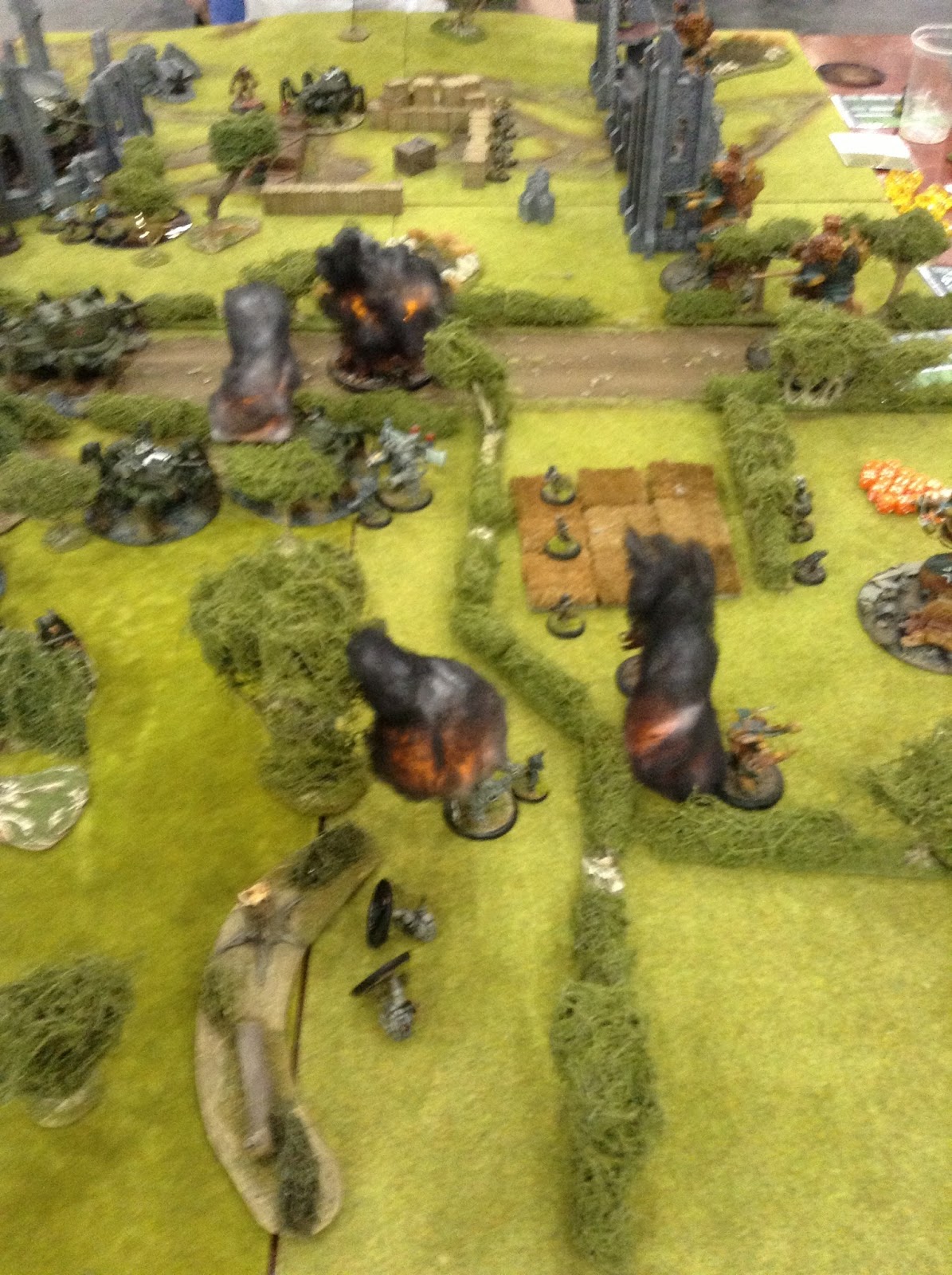 This blurry shot of a "1949: Secrets of the Third Reich" game was because my attention was drawn mostly by the flickering LEDs on the explosion effects, and nothing compelled me to stay around for much longer than it took to take the shot.

While I was talking to the lovely people at British Indie I spotted this... No idea whose it is, but it definitely looks interesting. 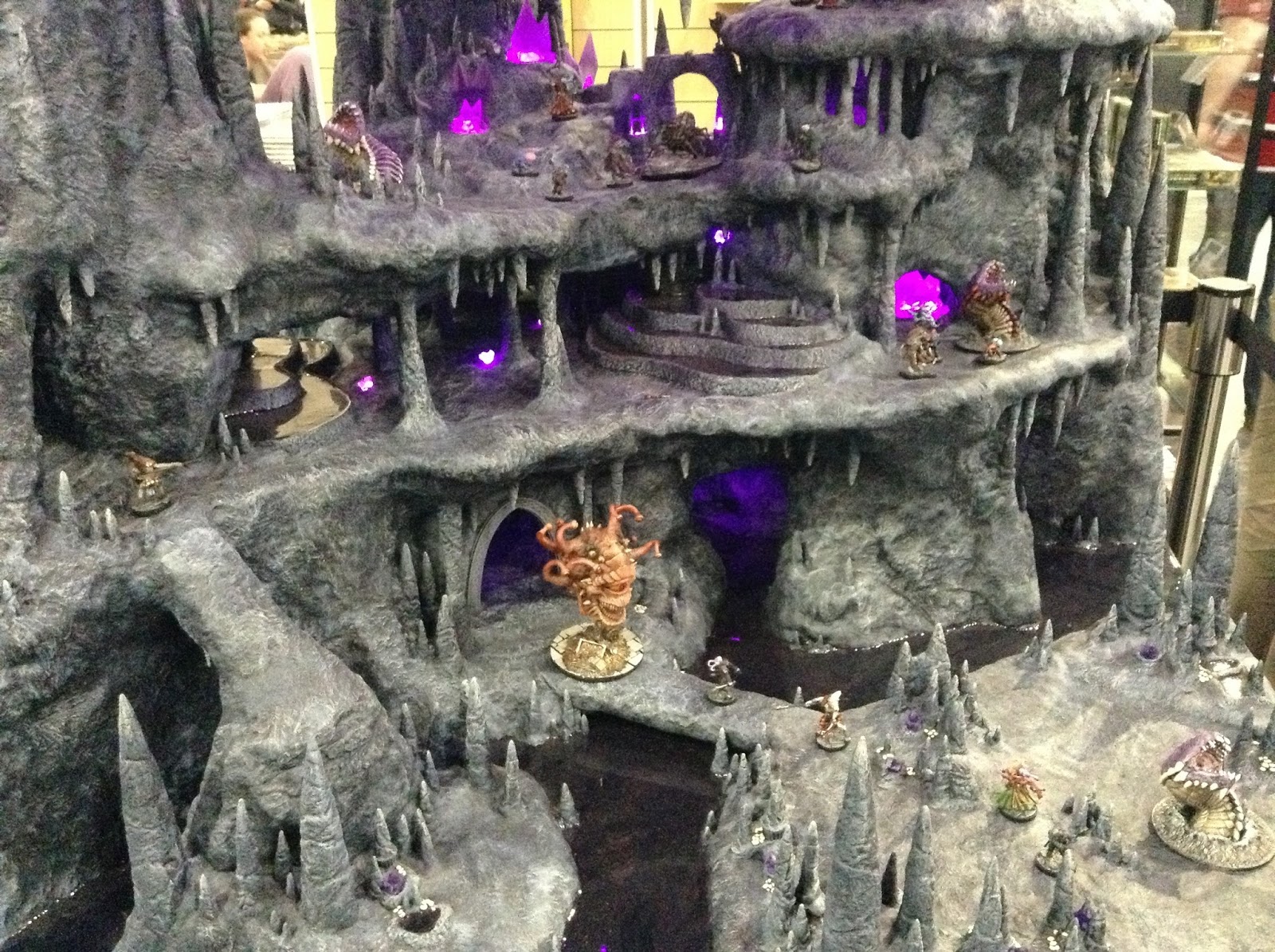 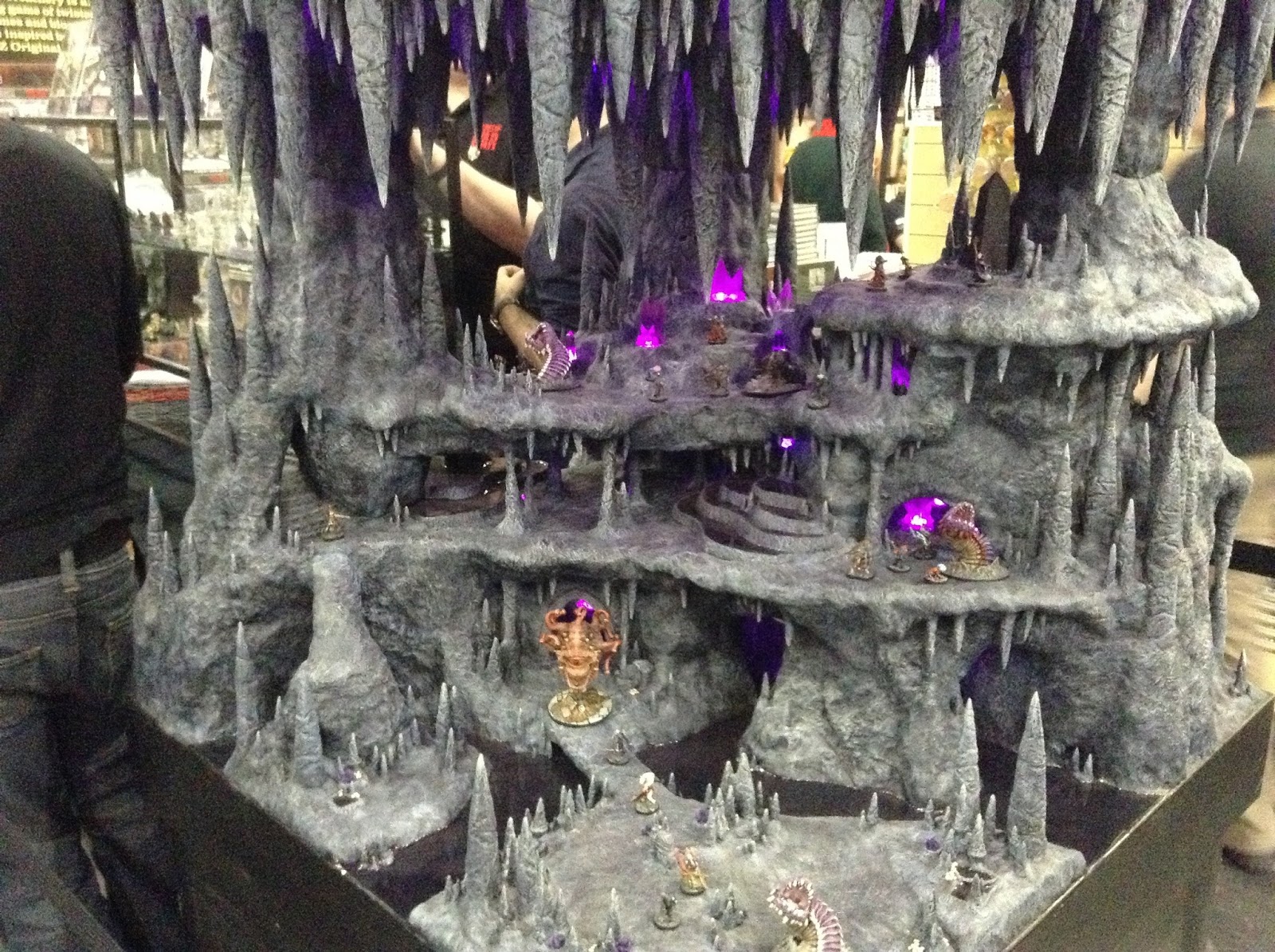 I'm not sure whose it is or whose models they are - they would certainly be something I'd consider if I ever got around to running a D&D game...
Posted by The Responsible One at 23:40