Enter the Citadel: Personal thoughts and a summary

So, over the past week or two, I've been posting my various thoughts on the Enter the Citadel event I went to at Warhammer World in Nottingham.

You can find my various posts here:

Man, I have written a lot! 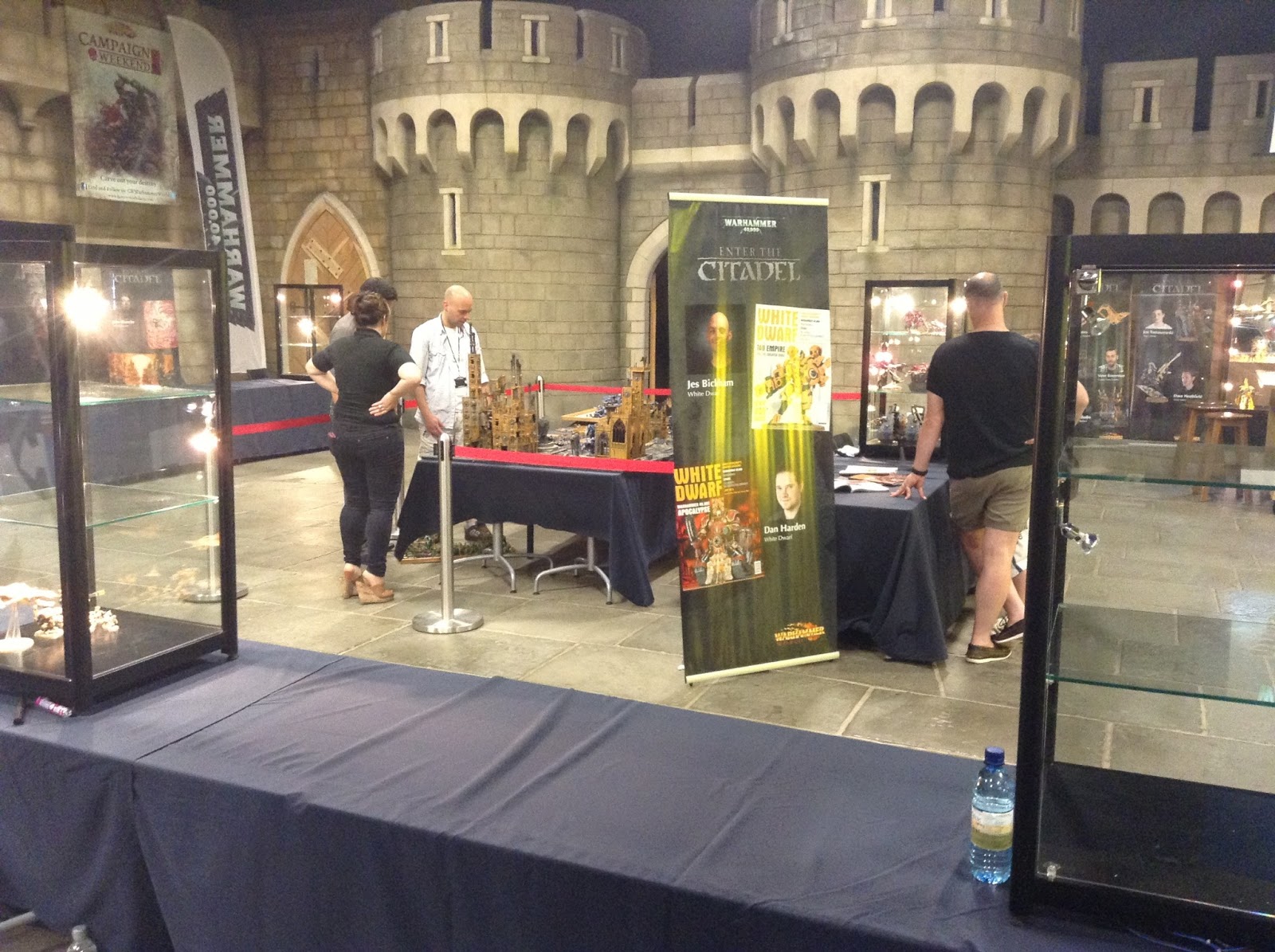 I didn't get to talk to anywhere near as many people as I wanted. While the seminars were interesting, it meant I had a lot less time to meet people at the event - once you took out the time for eating, and a couple of seminars running a little long, there wasn't long after one finished before you'd be off to the next one.

He did have a look at my scribe, my beastman and my arbitrator conversion - the last in particular entrancing him for a while as he was working out how he'd replace the shotgun with a pistol... I'm very sad I cut short my conversation with him to go and listen to another seminar, and desperately hope I didn't come across as rude. I was actually super nervous, and it may have made me appear a bit short or dismissive. Here's hoping I didn't come across too badly.

He did mention that he has another gaming day planned with some of the Inq 28 community in the near future. I am sadly not rich enough to travel to Nottingham just to watch other people play (otherwise I'd have asked if it was OK), but I am looking forward to the pictures and the accounts of the day from possibly the coolest gaming group in the universe. 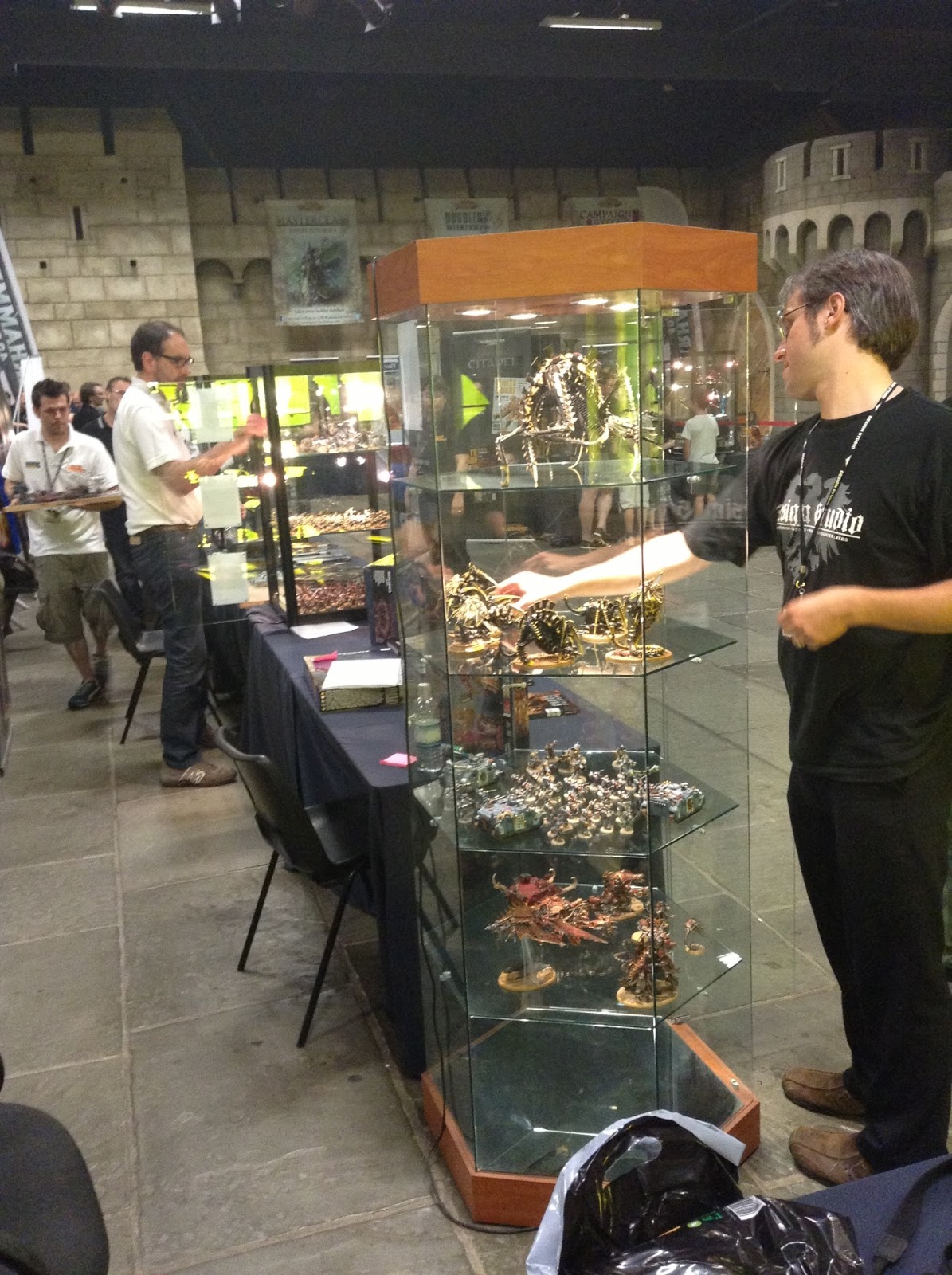 I also didn't take any photos outside the seminars until they were basically clearing up, which is a shame as there were a lot of lovely figures on display. Most of them were the staff's personal collections.

Sim went to some of the hobby seminars, particular the ones with Joe from the 'Eavy Metal team, over whom she has some mild fan girl tendencies. She seemed to have fun with them.

In the little time I had, I managed to talk to a wide range of people - Studio, Black Library and White Dwarf folk. Meeting Jes Bickham again was interesting. As is usual for most people, he remembered my wife but didn't quite remember who I was until she rocked up. We had chatted with him a short while at Games Day last year, and we bent his ear a little over the concept of a combined iPad and paper subscription to White Dwarf, although I suspect their margins on both are not necessarily low enough to justify much of a discount, he was kind enough to say he'd ask people about it.

I ended up chatting to Graeme Lyon a bit about his Iron Warriors army between two the seminars. Many of them were unfinished, which meant I had to go and sympathise - this blog does consist of about half of my posts going "this week, I failed to get what I wanted to done".  I am also a Terrible Person because I haven't gone and downloaded his work from Black Library yet. Anyone who remembers and likes Dark Future is clearly awesome. 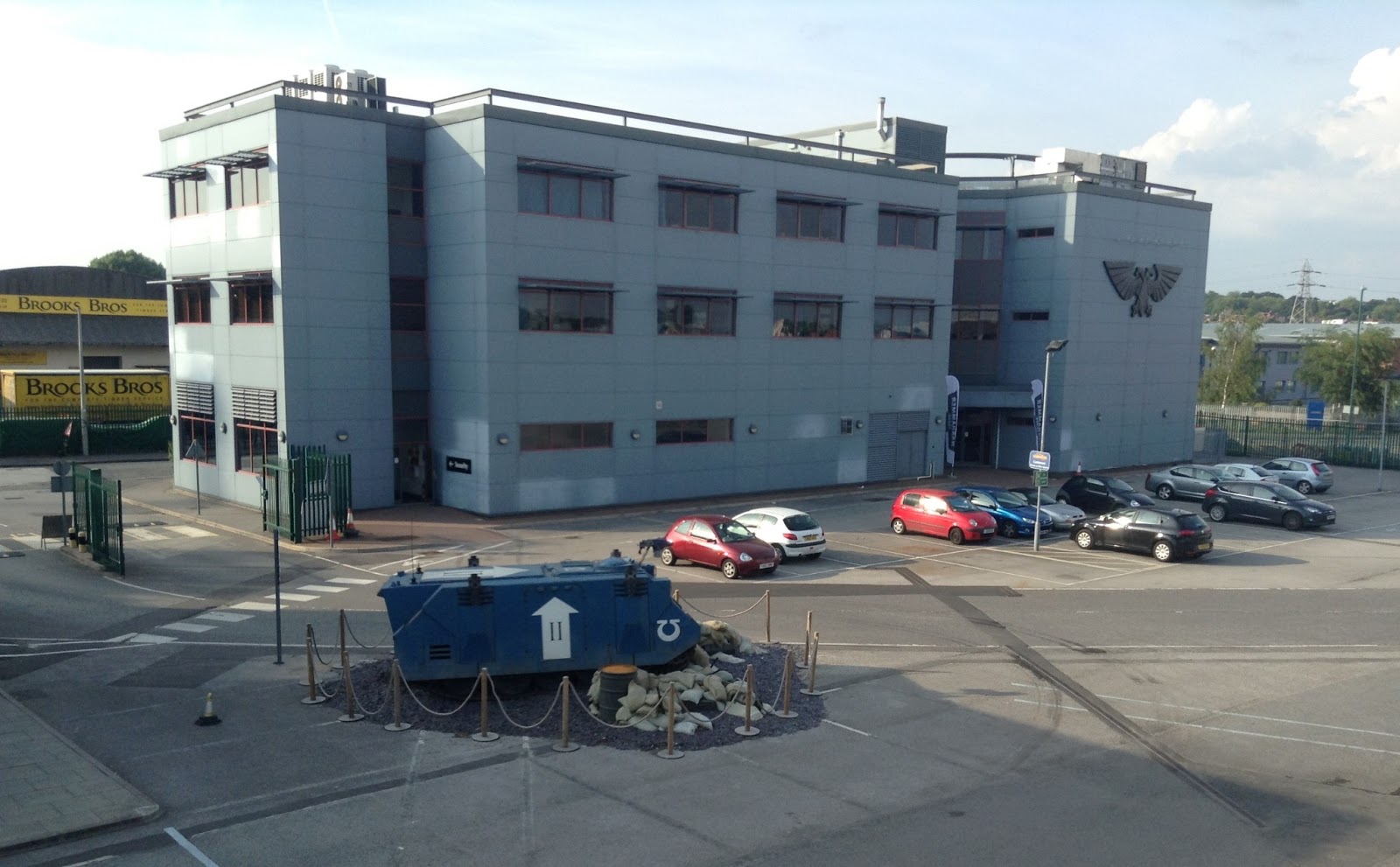 We decided to go and take advantage of the glorious summer weather and sit out on the Bugman's Bar balcony. We ended up chatting with the various other people who'd had exactly the same (excellent) idea until everyone else drifted off. We were among the last five people to leave in the end. The social conversation in the evening with folk who share the hobby was as enjoyable as the 'event' part of the day. It even led to a couple of challenges being laid down for some point in the future when we can get back up to Warhammer World.

From a blogging point of view, I've learnt a couple of lessons about how much work it is to type up this much content, and need to plan better how to get it uploaded in a reasonable window of time after the event. I'll be trying those things out for Games Day this year, so we'll see if that works well.

I'm also going to try and avoid saying when my next post is going to be unless I have already finished and scheduled the next one. Saying I'll post again tomorrow and then leaving it for three days because of other commitments coming up irritates me, even if it doesn't bug a single one of my readers.

I wasn't sure what to expect of the event. I wouldn't have gone if it wasn't for the blogging aspect of my hobby, but I am incredibly glad I did. It was great fun and I will likely go to more events like it in the future. I think I will need to plan my time a little better if I want to get to talk to everyone I want to at an event, but clearly, the way to achieve that is to go to more events like it and practice!

Let us not speak of how my painting and modelling has suffered from all of this typing. I am definitely looking forward to sitting down with some miniatures in the near future, but don't expect to see any hobby progress for a while - I've got nothing done relating to this hobby outside this blog for weeks. Its time to start fixing that balance.
Posted by The Responsible One at 21:42