So, it's been a week and I need to try and think up something approaching some coherent words to explain how I'm currently feeling about Infinity. 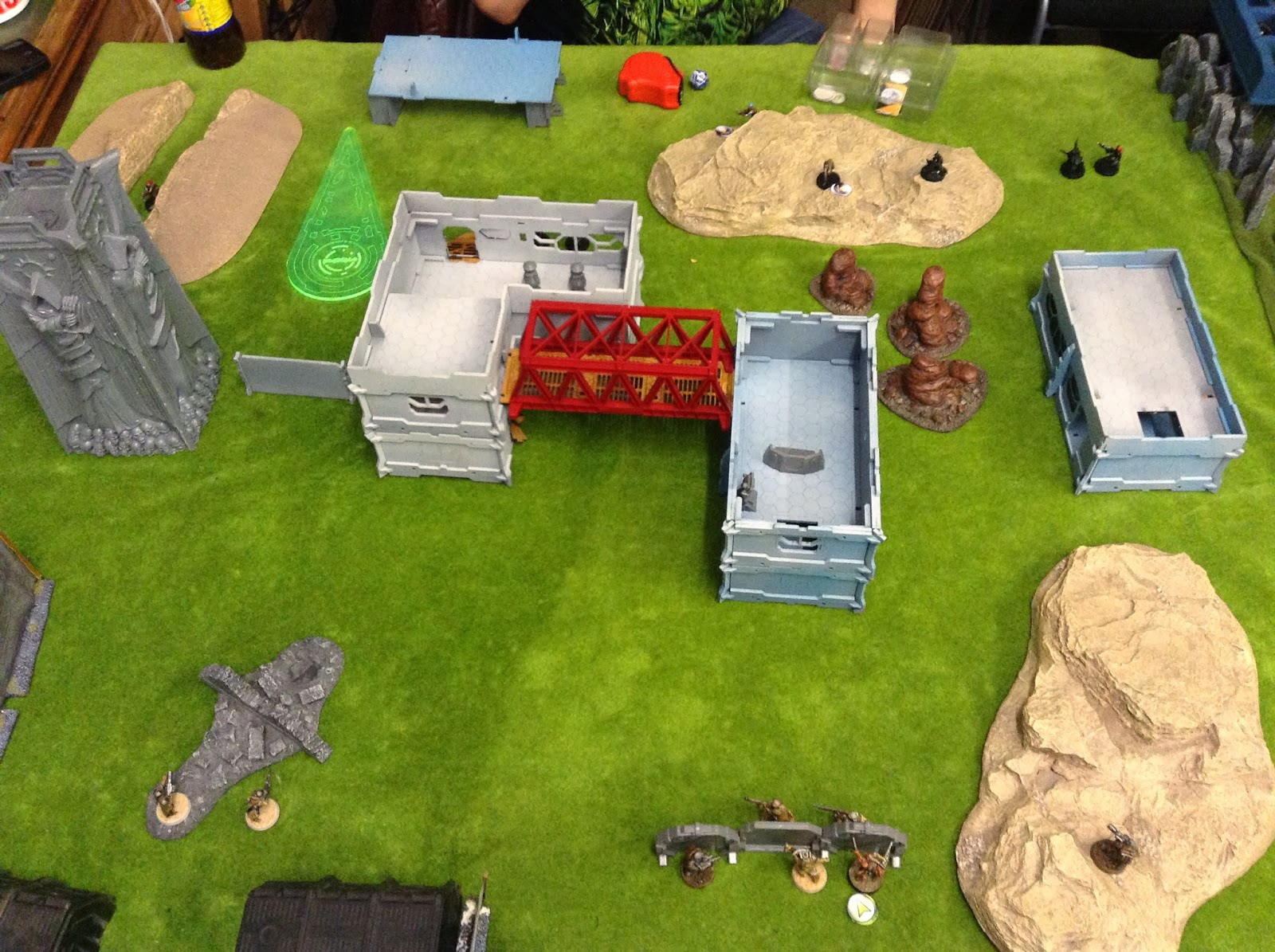 This is not helped by some people on the Dark Sphere Facebook group starting a conversation about the new Judge Dredd game... My short attention span is now bouncing around an awful lot about that, too.

What's interesting me about both right now is their potential for campaigns. I really want a system where I can have a series of linked games and tell an awesome story, but that's also affects the mechanics of how my battles progress.

The impression I'm getting of Infinity is that it's in its early artistic stages. I'm unsure if it will ever leave them. I've seen posts from people confused about Corvus Belli's strategy, and I suspect the reason for their confusion is that their current strategy is "make the models we're inspired to make".

The broad brush strokes it is currently painted with means that I can fill in the gaps to my own personal taste. There's always the risk that other players may not have the same interests as me and are trying to get different things out of the game.

I had been initially quite intrigued by the idea of a number of missions involving specialists interacting with things, be they hackers or engineers, and still need to try this out, but reading a number of other forums give me the impression that there may be some issues with that, but I'll withhold judgement until I've played a bit more.

Infinity also seems to have a thriving tournament scene, which in the long term I'd like to poke my nose into. Its supported by Corvus Belli and seems popular. However, it does require the use of all Infinity models, so I am a way from being able to get involved in that just yet!

Mechanically, I like the game and the concepts around the game. The fact you keep your Lieutenant secret, the replacement of hidden models with camouflage tokens, or even not placed on the board! Robots, mechs, hacking, engineers and doctors - and that's before you get into some of the weirdness some of the army specific people get.

I'm also tempted to knock together some of my own scenarios. Watching a friend of mine play Pay Day 2 on Youtube has kind of inspired me to put together some sort of bank robbery scenario, with one side playing security guards and the other side elite mercenaries with lots of Camo... As a tool for storytelling, I think that Infinity has a lot of potential.

It also occurs to me that what I am looking to recreate is the same experience I had, and craved to improve, with Necromunda. Reading about the GW Design Studio campaign inspired me and I've been chasing that impossible set by Andy Chambers all those years ago! Which does lead back to a curious question of why I don't just dig out my Necromunda rules and play that...

I was super excited about Infinity, but my enthusiasm is now cooling just a little. I think it's a "calm heads" situation - its still a good system, and one I absolutely intend to play more of. However, it isn't the holy grail of miniature gaming (nor is, I think, any system). Despite this, I am broadly positive about the game. It is a game which does a number of things (in particular with hacking, camo and odd bits of sci fi wargear) which I think no other game does right now. It has an absolutely unique feel to its mechanics and game play I've not encountered anywhere else. With so many clones and 'closely inspired' games and settings on the market, its something I want to encourage and support in the future. Expect to see more Infinity from me in the future.
Posted by The Responsible One at 20:38