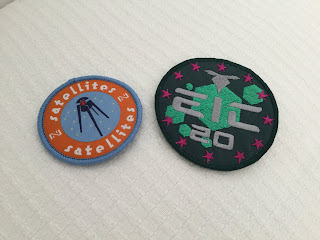 This weekend I was away at the European Infinity Challenge, a satellite tournament held in Mallorca. It’s hosted in an all inclusive spa hotel which is super reasonably priced as it’s held in the off season.

Like last year, I didn’t make the cut for the top half and played in the “low” tournament on day 2. I came away with two wins, two losses and two draws over the two days, and finished fifth out of twelve players in the low tournament. I’m really pleased with how I did and feel like I’m improving and putting on a stronger showing as I improve as a player.

More importantly, my games were amazing fun against a wide variety of players and lists. I made a bunch of new friends from across Europe and I hope to get to more events where I can play Infinity with them in future.
Posted by The Responsible One at 19:00

Email ThisBlogThis!Share to TwitterShare to FacebookShare to Pinterest
Labels: events, Infinity, This week