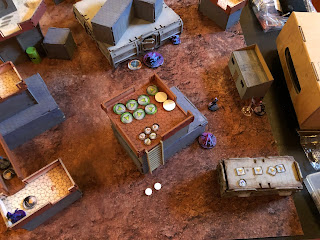 At the end of Season X, I managed to get in my last game for the HATE Infinity League. Unfortunately, I wasn't 100% paying attention when we set the game up, and I thought my opponent was playing his usual Morats, and hadn't realised he was playing JSA in the League. This meant I had a force that was really not well suited to JSA's usual tricks, and I was rather worried about how it was going to go. 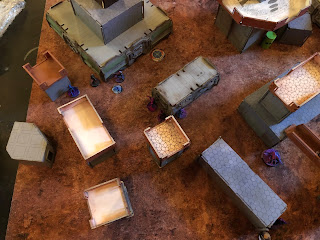 I breathed a sigh of relief that there weren't any Ryuken Unit 9, as I hadn't brought any MSV. The main threat was a link of Keisotsu Missile Launchers covering the main approaches. I managed to push my Druze link up the left and dismantled the Missile Launchers, killing one and freeing up the advance. 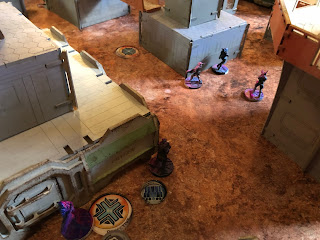 I set the link up to cover the advance of the HI Haris link, and switched onto the second group. I decided I wanted to use the Hunzakut to try and deal with the second Missile Launcher before it could do anything inventive. 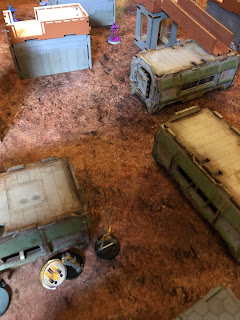 Unfortunately, I hadn't noticed a long fire lane across the board and got spotted on the run into position. Fortunately, I managed to put a couple of shots in that direction while I fled for cover, and didn't die. 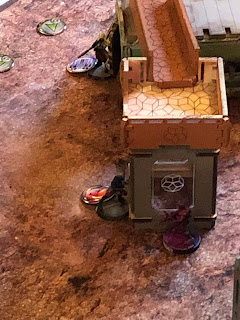 My Hunzakut then took out the second Missile Launcher with a shotgun blast. I ran out of orders before I could take on the link further, but I think you can see from this angle why my opponent was rather worried . . . The link was not well placed for a shotgun wielding thug to be just around the corner. 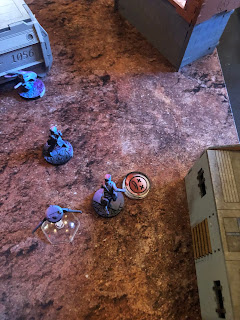 The JSA counter attack didn't do a huge amount, but it did manage to take out my Warcor, who had inconveniently not had the Xenotech place the important Multiscanner. Bother. 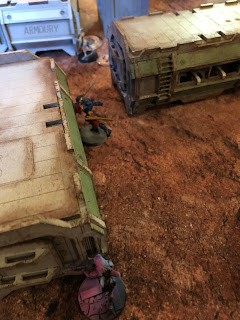 I dropped a Bashi Bazouk in and messed up the HI to clear the flank of threats. 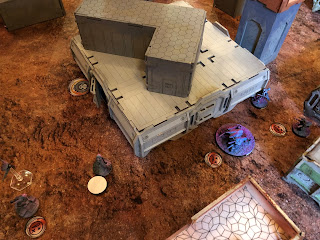 The flank ended up a graveyard, though. The Bashi managed to run around, sync the Xenotech and get the Multiscanner down, before getting taken out in return. In the intervening period the Peacemaker had gotten taken out as part of a firefight with the JSA. 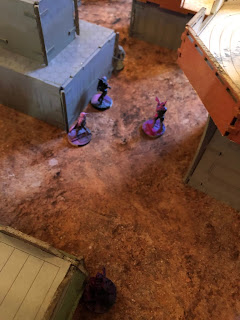 There was a last attempt to try and take out the main link, but it wasn't enough and I got a solid 10-0 win to finish the League. Results aren't up yet, but I'm hoping I did OK.

And now, on to a new season, and Dahshat Company rather than Druze Bayram Security.
Posted by The Responsible One at 19:00