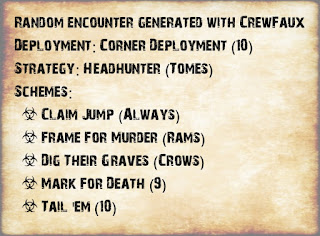 Apologies for the long break - I was at a big LARP last weekend and had fallen behind on blog posts - despite having done a ton of things to blog about, I failed to schedule the time for the actual blogging.

Anyway, as you may have surmised from the title, I've dug out my Malifaux stuff, grabbed a set of Gaining Grounds 2017 and tried to play a game. 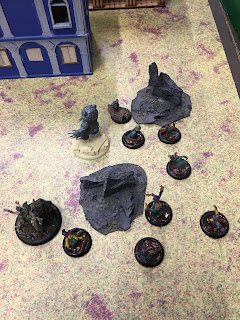 Up against McMourning, I dropped Frame for Murder on Teddy, and took Tail 'em as there's swarms of annoying puppets for activation control. 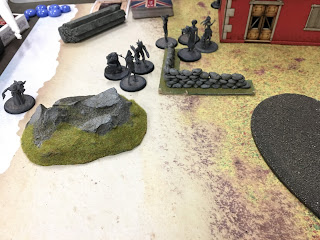 McMourning's crew, while a new crew and still yet to be painted, looked suspiciously more like a well thought out list than "the starter boxes and a couple of extra models". 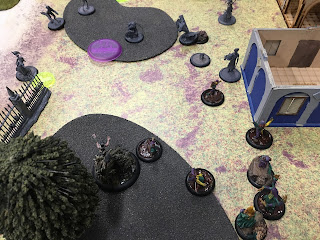 Teddy was catapulted up the field with the intention of smacking McMourning very hard in the face. I genuinely bodged the charge and he got killed to gain me two points (McMourning didn't quite take the bait). All to plan, if only I'd caused some damage on the way out. 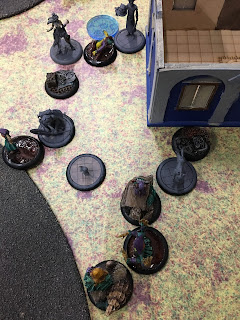 I managed to click up two points for "Tail 'em" on McMourning as the crew really needed to be up in the thick of things. Some Graves were dug and some Heads taken, but things were dying pretty slowly. 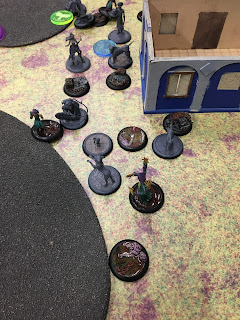 Unfortunately, everything had a lot of poison and died. Fortunately, it was direct poison damage and none of them really left head markers. 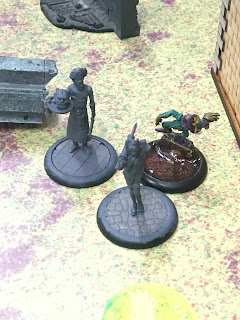 With the score at 4 all, a Marionette needed to die to be thrown in a grave - but with a good hand to cheat with, it just stayed together to save me into the draw.

All in all - a really good reminder of how Malifaux works. I made some bad mistakes - sending the Personal Puppet out of range was an epic rookie error. Still, holding out to a draw was pretty good going for a first game back. My opponent was lovely and really makes me want to make another Malifaux tournament some time soon.
Posted by The Responsible One at 18:07 2 comments: 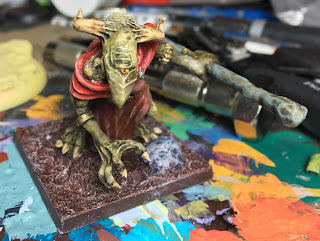 Pottered through some hobby this weekend. I finished up this Fomori Witch. I've probably mentioned that it's done by Krakon Games before. You can also get it from Bad Squiddo Games. It was part of a "clearing the decks" exercise I did over the weekend, for . . . reasons. 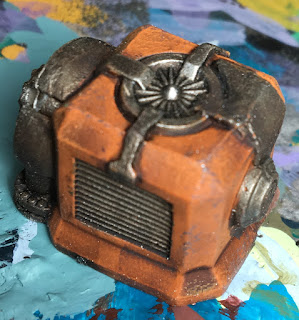 This little Starship Generator from the Reaper Bones line got a basic tabletop job for a bit more scatter terrain when I need it. Remember I was working on a Chaos Spawn? This one now has all it's limbs attached. I just need to add its back tentacles, and then it will be ready for undercoating. I'm feeling really good about the number of things I'm getting ready for undercoat and thus off the painting desk. 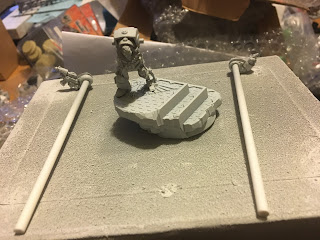 Random back-lit photo because I forgot to take a proper one! The other "Made to Order" Inquisitor got based and undercoated. In order to stop the base toppling over, there's a lot of fisherman's shot weighting down the the bottom of the stairs... I also totally forgot to take a photo of a Jokaero I assembled and undercoated, but given that's a stock model, there's nothing interesting or different to see there. 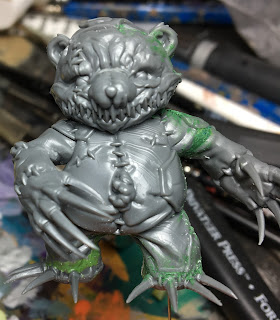 So, why the effort to clear the desk? Well, it seems Mike Marshall is running another Malifaux event. It's called Spring Showdown III and it's on 7 May. I haven't got a ticket yet, but I'm "moderately tempted" to go...

I'm not confirming yet, as I'm setting myself some targets to do so.

1. Not being completely dead from all the other stuff I'm doing.

2. At least one new Malifaux model assembled and painted for the event.

3. Having actually played some Malifaux this year in a practice game so I remember how these rules things play.

I will keep my loyal readers (both of you) up to date this progresses!
Posted by The Responsible One at 21:08 6 comments: