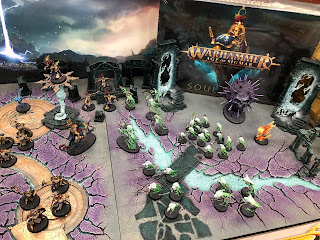 A while back, I was pottering through Warhammer: Tottenham Court Road, and what should catch my eye... 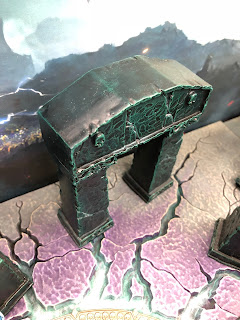 Of course, it's the scenery. This Arcane Ruins set was painted by basing black, drybrushing with green, then a gloss varnish to give it a reflective feel. Definitely a method I'll want to try myself later.
Posted by The Responsible One at 22:23 6 comments:

A quick paint job on a shipping container 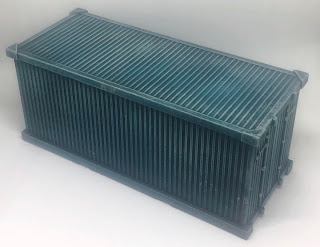 In a similar vein to the couple of bits of scenery I painted the other week, before I took down my painting area for the house move, I threw some paint on this Reaper Bones Shipping Container. Having learnt from last time, I went with much lighter colours for the drybrush - with one heavy drybrush and then two lighter ones with incredibly pale colours. This worked much better for contrast and tone in normal light.

Still, that's the last bit of painting for a while, as the painting table is away. I might manage to do a few bits of assembly during the packing depending on how it goes, but we'll see...
Posted by The Responsible One at 19:00 4 comments:

Back in 2013, I went up to an open day at Warhammer World, and at one point went around taking a bunch of modelling reference photos of some of the various gaming tables they have up there. I've been doing a bit of maintenance on old folders and found these during the clear out, and thought people might be interested.

These are the second half of the city fight table photos, and the last of the photos taken on this trip. I hope you liked them and they provided some inspiration for future projects! 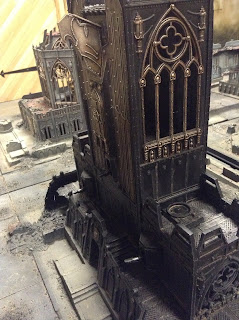 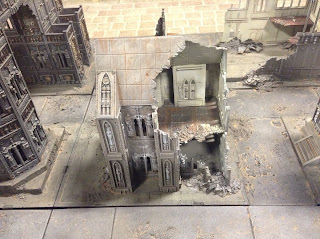 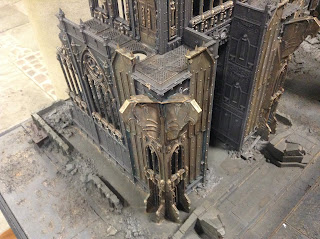 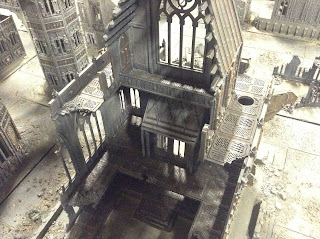 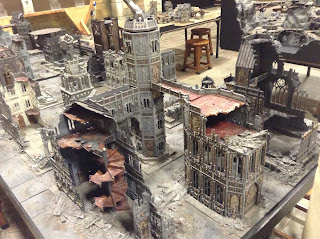 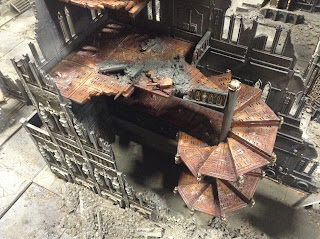 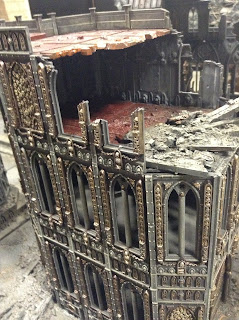 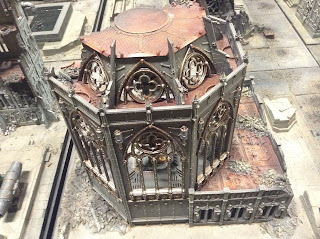 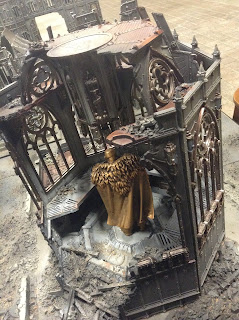 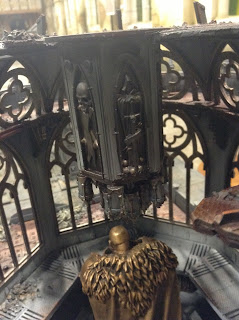 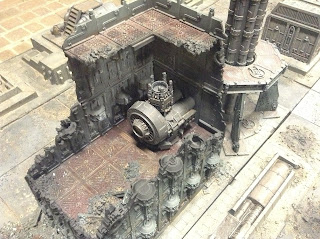 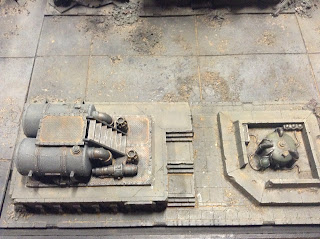 Posted by The Responsible One at 19:00 6 comments:


I've taken the opportunity to tidy up the Projects page a little bit and cleared out some projects I've definitely decided not to do.

I'd been picking up bits of Chaos Space Marines and Dark Angels after being bought the Dark Vengeance set, but with my interest in 40K as a whole waning, I've sold off the remaining bits and bobs that would have been those two projects, and cleared the decks for stuff I'm enthused with. 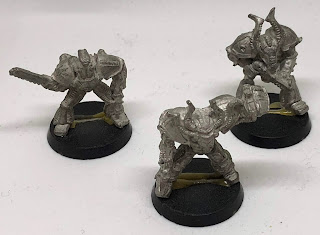 I've held off on getting rid of a few classic Chaos Renegade models, as they'll make an excellent Kill Team, which I am still pretty keen on.

I'd written a little background for them that I salvaged from the Iron Warriors project page before I deleted it:

"The warband still holds a significant disdain for those among their number whose physical bodies have twisted from their time in the Eye. They are shunned even within these outcasts among traitors. On the battlefield, they group together, and referred to as The Unworthy by their commanders. They wear the name as an ironic badge of honour, seeking to outperform their brothers and show their prowess is undiminished."

Now, the only question there is whether or not to stick with the Iron Warriors plan, or pick a different warband for them to be from...