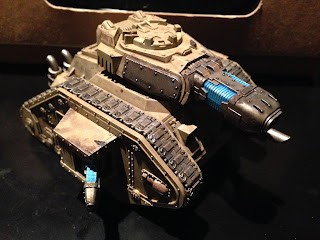 Here's the latest completed model I have to show off. Once again, it wasn't me who painted it. This time it's a friend of my wife's, who she commissioned to paint a case worth of my stuff to help get my unmanageable painting backlog under control.

I will say, it is working! There's now a queue for stuff to go out for commissions, a queue of stuff for me to paint, and I'm a lot happier and feeling less pressured by it all.
Posted by The Responsible One at 18:10 1 comment:

Email ThisBlogThis!Share to TwitterShare to FacebookShare to Pinterest
Labels: Astra Militarum, Commissions, Painting, This week, to do, Warhammer 40K, Wife

And the winner is... 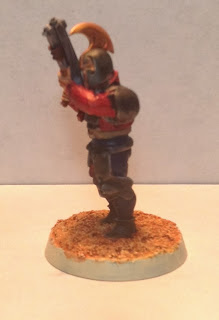 The winner of the competition to win one of my old kit bashes is:

Be sure to check out his blog at Oldhammer on a Budget.

See, Chico - I said I'd look into a post about how awesome you were...
Posted by The Responsible One at 18:00 No comments:

I've finally finished painting the metal Marionettes from the Collodi starter box that my wife bought me for my birthday in 2012! 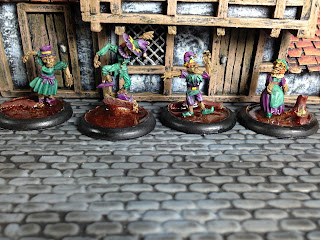 Here they are in all their glory - the combination of tricky metal assembly and over-ambitious use of water effects has meant that the progress on this crew has been glacial! 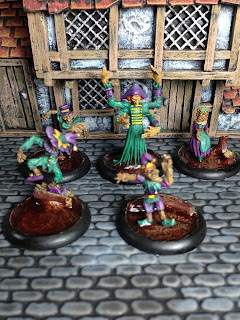 Here they are with their master, Collodi - I played a couple of games with them unpainted in the last edition of Malifaux, but I'm looking forward to trying out the new edition. 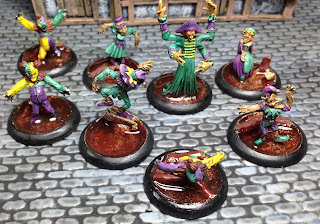 Here's the whole crew. I'd be looking to try them out this week, but the tube strikes have me nervous about getting home from the FLGS sensibly, so I'm deferring that until next week.
Posted by The Responsible One at 21:18 No comments:

Email ThisBlogThis!Share to TwitterShare to FacebookShare to Pinterest
Labels: Collodi, Malifaux, Painting, This week, to do, Wife

I was delighted the other day to get some pictures of an Astra Militarum Basilisk I'd sent to The Rogue Painter to paint for me. He's knocked it out of the park.

Here's a few shots of my lovely new artillery piece. I clearly need to get a game in soon to try it out! 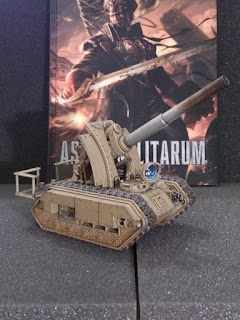 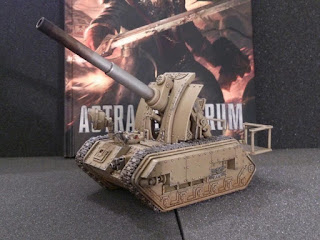 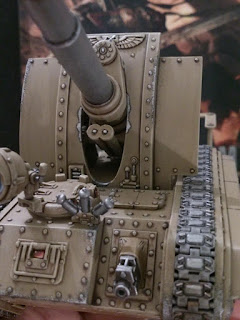 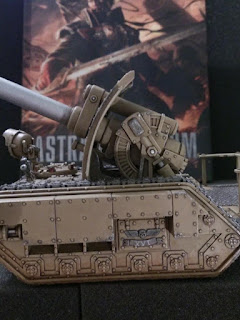 Posted by The Responsible One at 18:30 6 comments:

Many Milestones: Fabulous prize to be won!

In quick succession, I've hit a series of milestones on the blog:

I started this blog way back on 1 April 2012. I like to think that the quality of posts has improved since those dark days, if only because I now take pictures, and sometimes even take some half decent ones.

Many things have happened since I started this blog... 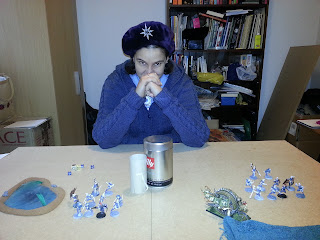 My wife decided that she wasn't just a painter, but was willing to play 40K sometimes... 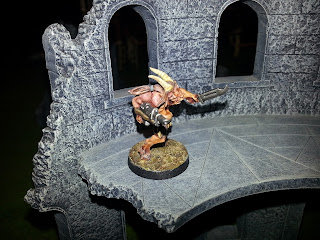 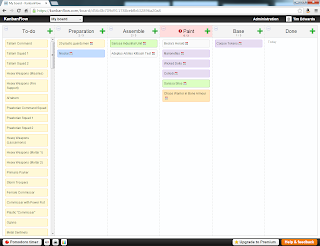 I've started tracking my painting and modelling much better, and am starting to get to the point where I'm happy with how I'm doing. 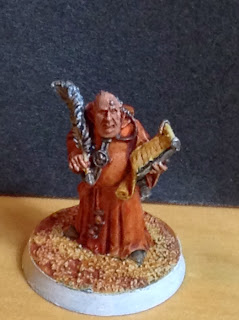 My painting has really improved, and I can now put out miniatures I'm happy with and match the picture in my head (at least sometimes). 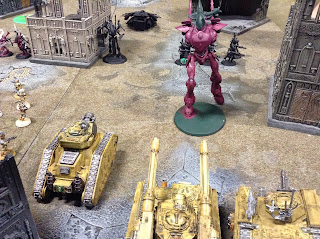 I've played some awesome games, and sometimes even won some. (Not pictured: a game where I actually won.)


I've accepted I can't paint all my stuff and employed some awesome commission painters to get my backlog into some sort of manageable state. 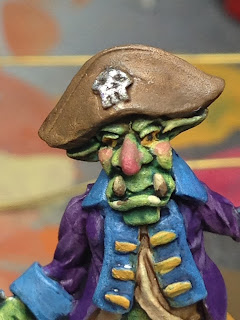 Have I mentioned how pleased I am with how my painting is improving?

Given the number of milestones, I thought I'd run a small competition and give something away - especially as I've won two prizes on blogs I follow recently!

I had a bit of a think about what I could offer as a prize, and decided that I could part with a painted model. The other blogs offered to paint or even kitbash and paint a model for the winner - but I'd like the prize to go to someone this year...

The prize is my Arbitrator kit bash test build, which I have decided doesn't look Arbites enough. I'll be trying alternative builds in the future, but while I've used him a few times as a proxy in Infinity, he can make his way on to a good home. 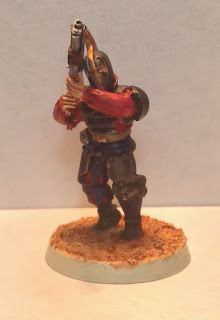 To enter:
Be a follower of this blog, and comment in this post! Say what you like about the blog, what you'd like to see more of, or what you usually skip over. I'm afraid each person only gets one entry, even if you make multiple posts.

The closing date is midnight, 23 August 2015. I'll select a winner from the eligible entries with some random number generator or other.
Posted by The Responsible One at 21:34 15 comments:

Getting things done in July 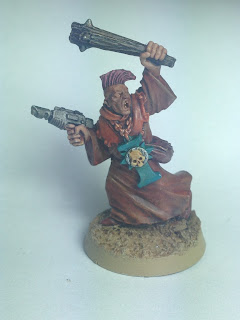 Well, I got over myself and finished up the priest. I seem to have forgotten how to get colour balance right in photos, though.

I've had a bit of review of how things are going and realised I have a whole ton of things that are started but not finished - particularly stuff that's assembled but not yet painted. I shouldn't have more than three years of stuff at varying stages of "in progress". That is foolishness itself!

So, rules! Which I have not broken since they were introduced!

Bigger projects need enough slots to fill - so if I want the new Age of Sigmar box, that's 13 units, which means having started 26 projects and completed 52 of them.

I've also split my "to do" pile into two categories - stuff I want to paint, and stuff I want to game with. If I have hobby budget left over at the end of the month because I've not finished enough stuff, then it gets ploughed into hiring commission painters to get stuff done for me.

The combination of these two things has actually seen me get pretty motivated. I'm no longer trying to slog through projects because I want to game with them, and am focussing on painting models I want to paint.

Stay tuned, because next week's blog post is something particularly special.
Posted by The Responsible One at 19:49 6 comments: