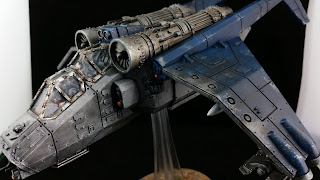 A while ago, I was hanging out on Twitter, and @vidpui, who I follow,  mentioned he had a Valkyrie for sale, and he'd also be willing to paint it to spec. Given that I have too much unpainted stuff, a painted thing seemed tempting, so I went for it. 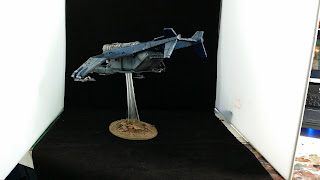 These photos are all by @vidpui, who sent them over to show me the paint job before I confirmed it was OK to send over. 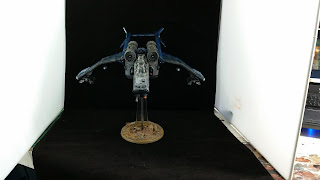 Sadly, there was some minor damage caused to it by the postal service on it's way over, but I'd emphasise that it was completely not @vidpui's fault! It was wrapped really well, but it looked like it had been used as a football by the postie... Fortunately, it was nothing too serious and has since been patched up just fine. 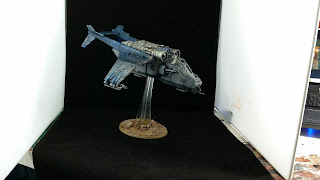 I would definitely recommend @vidpui for getting stuff painted up - he gives regular feedback and updates, and does good work. Full marks!
Posted by The Responsible One at 12:00