Warhammer World: Some Figures at the Museum 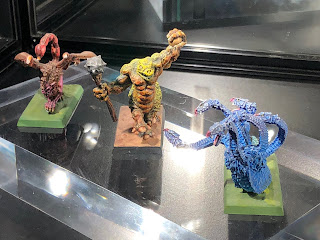 While I was at the Warhammer World Open Day in January, I took the opportunity to potter around the museum, on the grounds of it being free during events. I took a few photos while I was there, so thought I'd share for those of you who can't get to Warhammer World.

This isn't the usual set of photos from the exhibition. It's not an coherent or representative set of photos, but rather bits and bobs that caught my eye as a repeat visitor. First up were these lovely old monsters on the classic goblin green bases. 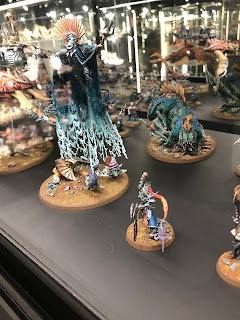 If we're talking about contrasts, the Idoneth Deepkin Avatar, with the massive cloak turning into a waterfall and clever use of negative space is the other end of the scale to the old style monsters. I hadn't realised just quite how big this model is! 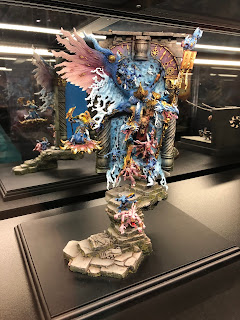 There was a lovely mini diorama of a Lord of Change stepping through a realm gate. 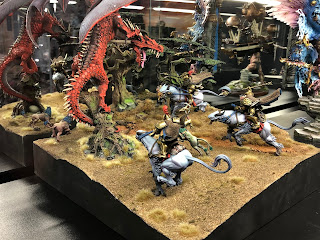 Here, some mounted Stormcast face off against a dragon. 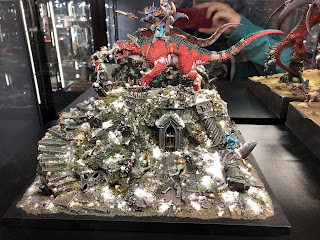 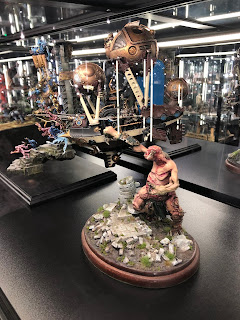 A giant having a little disagreement with a Kharadron Overlord airship. 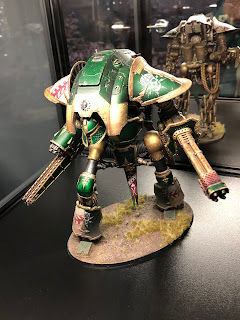