Succeeding by setting low bars - work from the weekend

I'm sure maybe one person who reads the blog will be wondering how productive my weekend went given the bomb site my house was at the start of the weekend.

Sadly, the biggest achievement from a vaguely gaming related standpoint was cutting down all the boxes the wife's WarDesk came in and getting them into the outside recycling bin.

Still, the Dremel was brought home from where it has been loaned to the wife's work, and this kicked me into getting some things done. 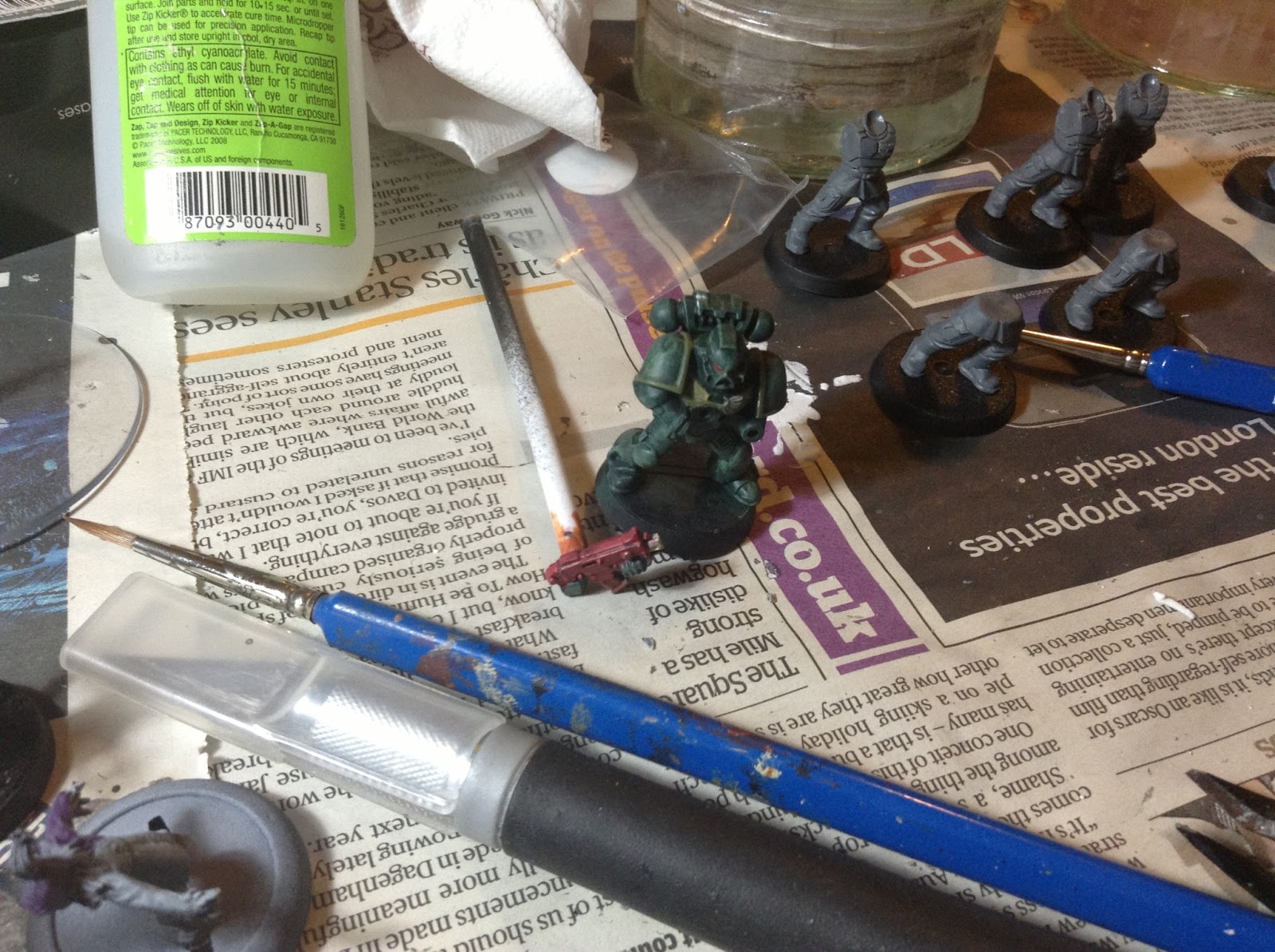 The test Dark Angel progresses well. I'm now quite pleased with his armour, and I'm just trying to get the bolter to behave itself. 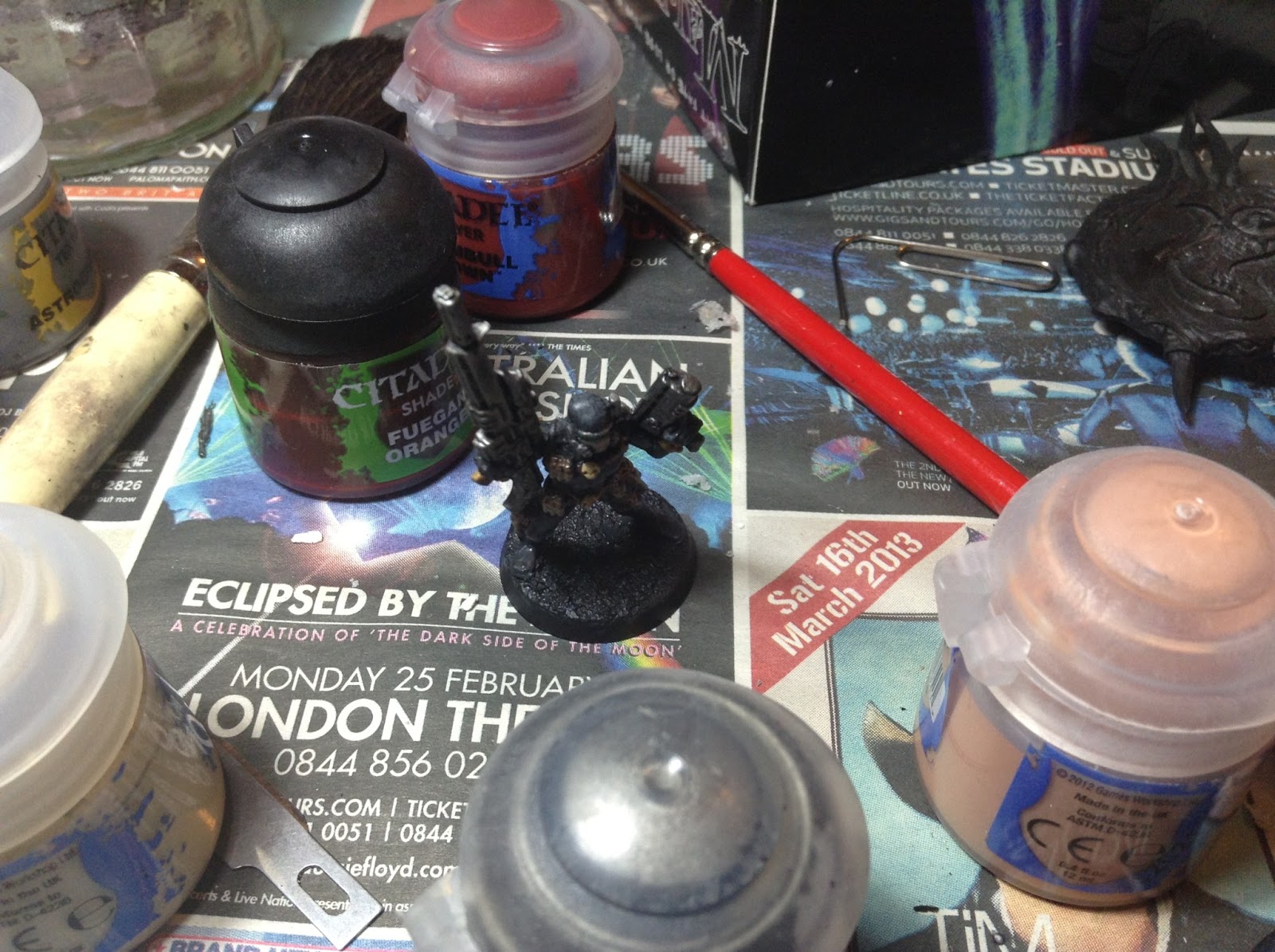 The Vindicare now has an attached arm, and just needs a bit of touching up and final detail work before he's done. 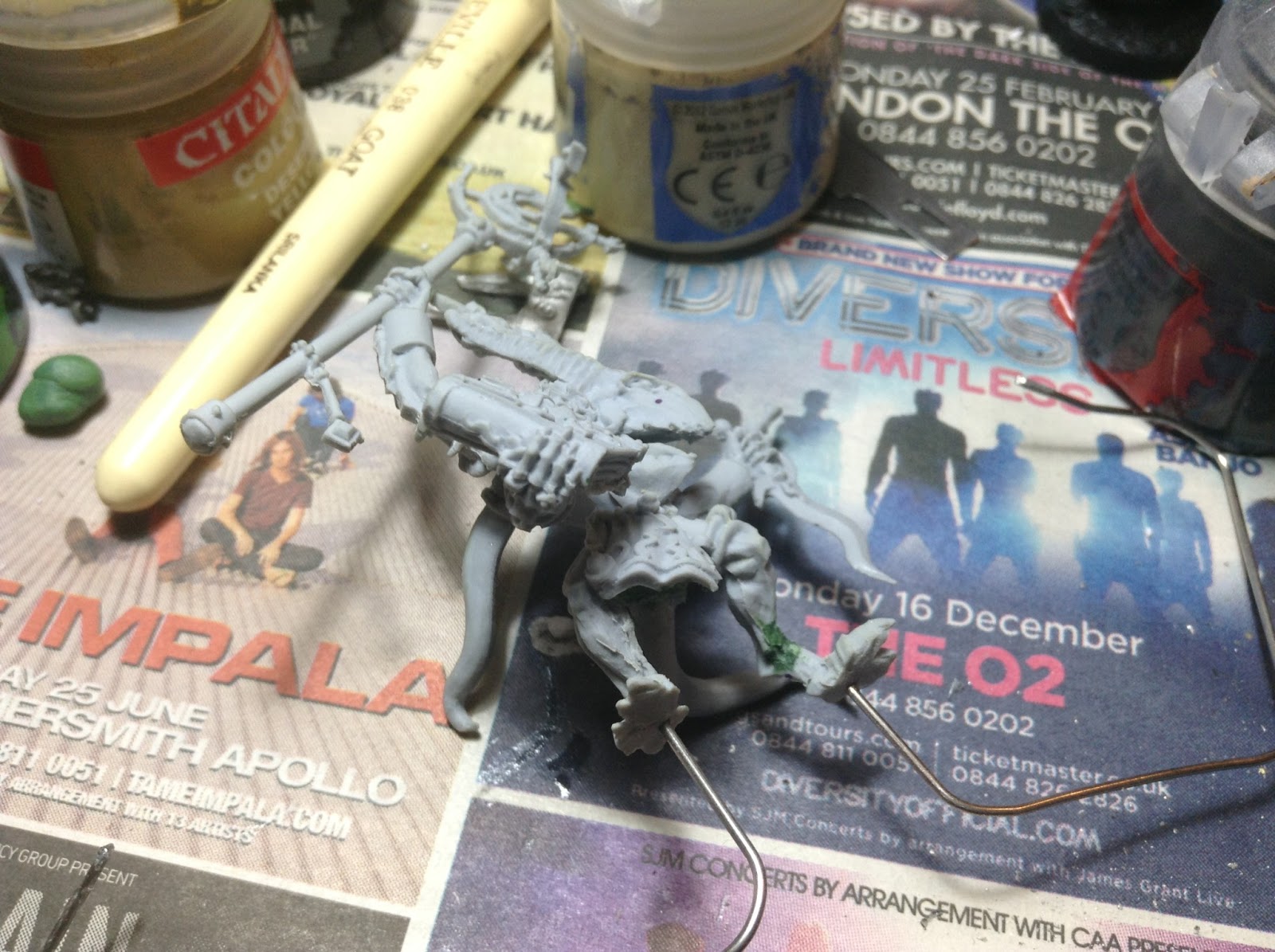 The Tzeentch Herald has now had his feet pinned for later attachment to the disk. Undercoating is next for him! 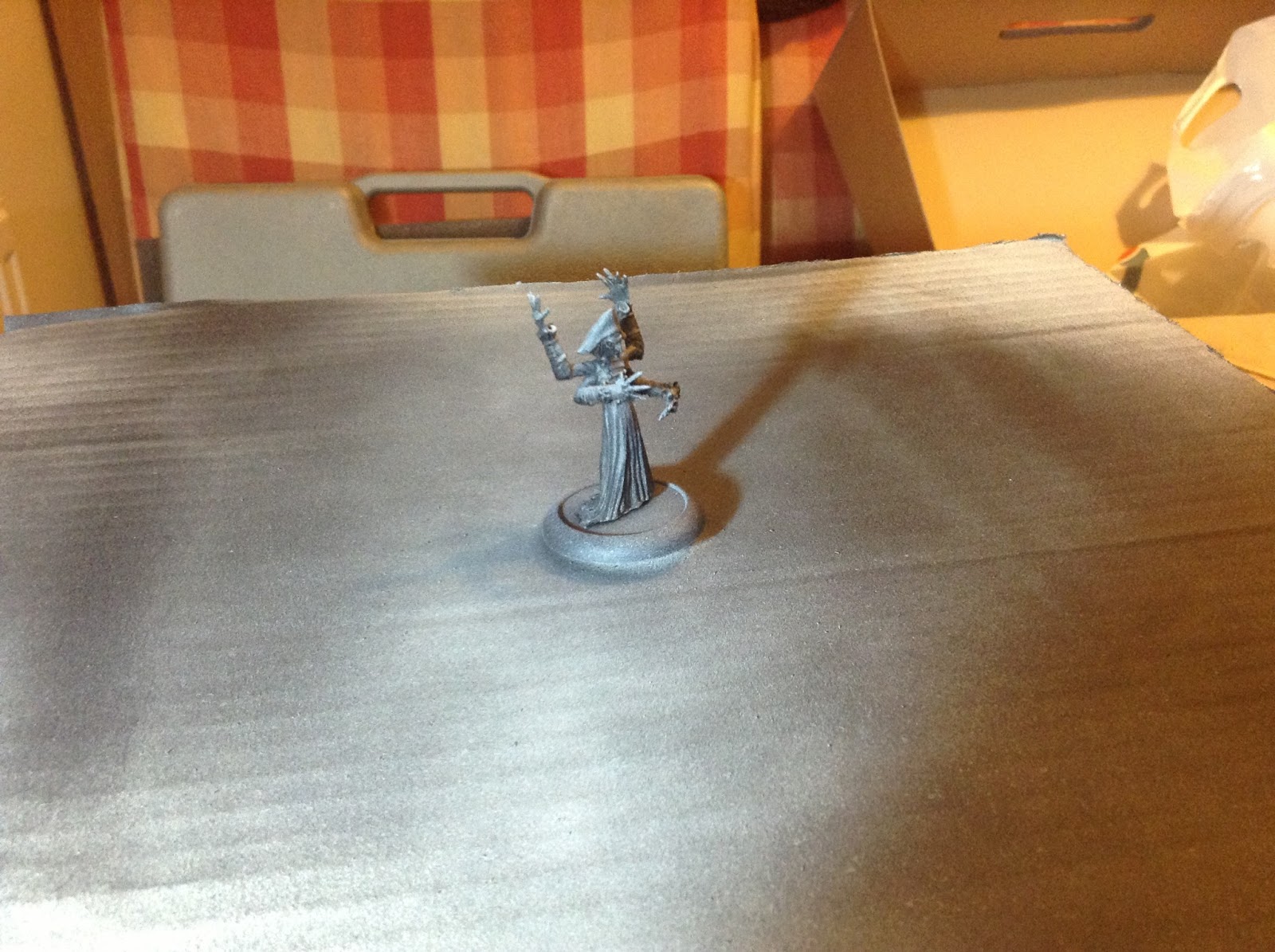 And Collodi is now undercoated for painting. That progress definitely feels like I'm defeating some kind of nemesis!

All in all, it's not a huge amount, but it is progress, so I'm quite happy to get a little done every day or two.
Posted by The Responsible One at 19:00

Email ThisBlogThis!Share to TwitterShare to FacebookShare to Pinterest
Labels: Collodi, Daemons of Chaos, Dark Angels, Grey Knights, Painting, This week, to do