I hope to get a little more up to date with processing all my pictures from Cool Things I Did over past weekends, but I'm still trawling through a lot of photos!

This post - what we saw in the exhibition halls as we wandered around them on Saturday afternoon at the 40K Open Day. 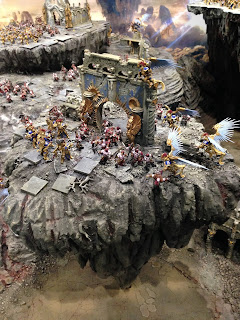 First up, this is the new Age of Sigmar display that had been added since we'd last arrived. There were giant floating islands, with Stormcast Eternals and Chaos forces fighting over it. 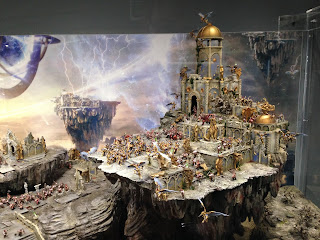 There was a massive, epic presence to it. The display really does look like some of the art work. For me, it emphasised the very different style and theme of Age of Sigmar, as opposed to the Old World. More high fantasy, almost to the point of heavy metal album covers. 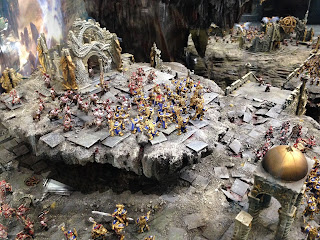 While it is different to the Old World, I think my conclusion is that I like this. I like the look, I like the themes, and I like how it's developing. It's a more high fantasy world, and it's more flexible in what you can do with it. I still love the Old World setting, but don't particularly think one or the other is a "better" setting. 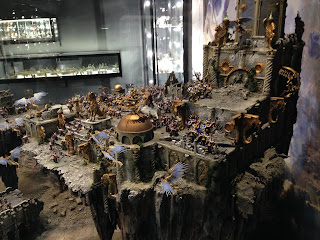 But, to return to the display, it's really well put together and really brings to life the new setting. While I might not be all that enthused about Stormcast Eternals, I am looking 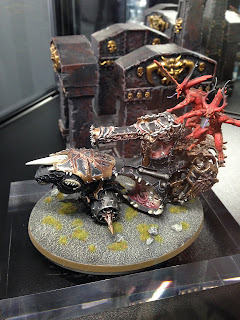 Ironically, I took this photo as i was more interested in how they'd painted up the arcane ruins than I was in the Khornate demon chariot in front of it... 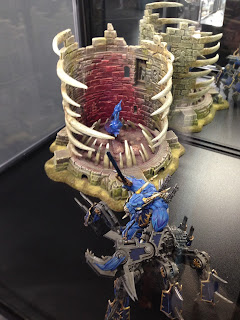 And here's another interesting use of scenery - converting a ruined tower to have teeth so it's clearly very chaos mutated. 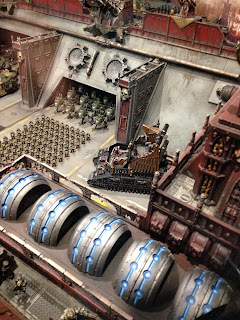 I'm not sure I remember this converted Baneblade being here the first time I came around. I mostly took the photo because I kind of want one. The use of the wings is really clever. 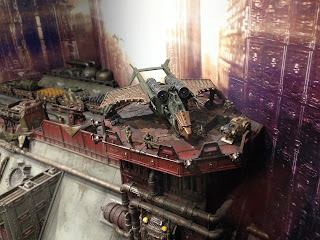 But this? This is genius. I am unsure if I could justify the expense of a winged Valkyrie, but I kind of want one for my Inquisition force... 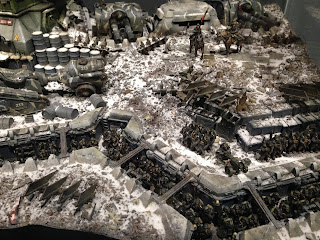 I think the Death Korps display is new, though. It's a lovely, weathered display that almost calls to mind historical displays in places. 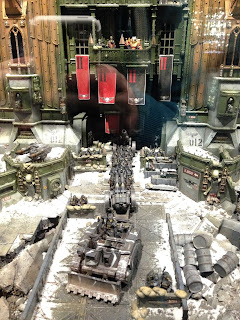 This was mostly taken for scenery ideas, I will admit, but thought people might be interested in how it looks. 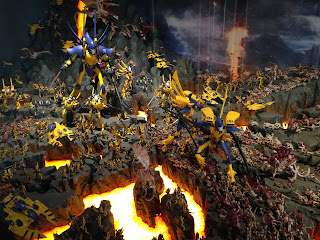 I didn't take many pictures of the Eldar display last time, so I tried taking a couple more this time. 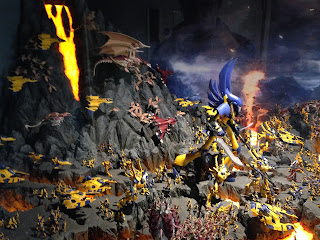 Still, I'm not sure what it is, but Eldar versus Tyranids just doesn't really interest me. My camera frames some nice shots, but I don't get excited about it in the same way as I do at some of the other displays. 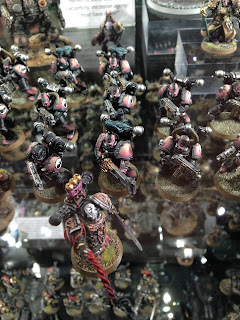 Here's the studio Emperor's Children army - photo mostly taken because I like the pink transition on their shoulder pads and I'm thinking about using it with my Chaos Marines. 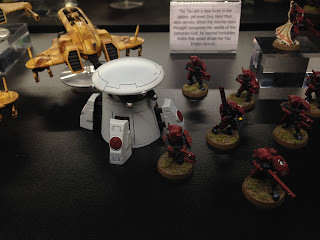 Is this a new thing, or an old Forge World thing? I don't know Tau all that well and I'm too lazy to google it. 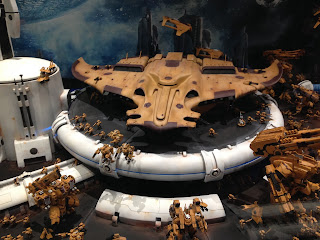 Here's the new Tau / Mechanicus display, starting off with the massive Forge World Manta on a landing pad. A decision was made that there was no good way to make it look awesome flying... 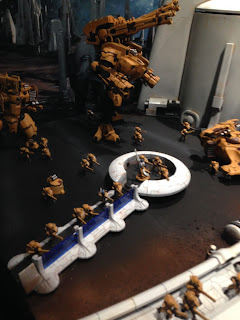 Here's bits of the new Tau defensive scenery, with big artillery walkers in the background. 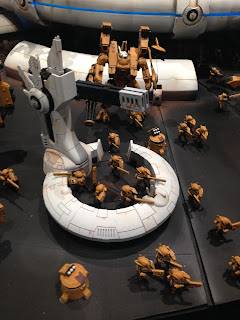 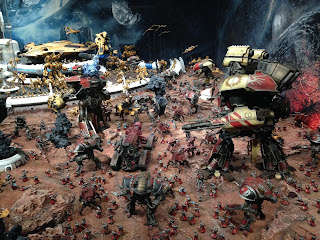 And advancing on them are a massive force of Mechanicus - Titans, Knights and an Ordinatus. 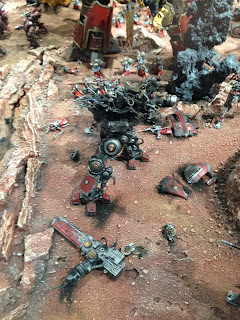 Posted by The Responsible One at 18:00