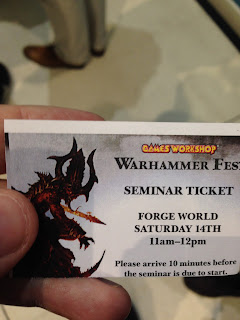 So, as promised, here's my thoughts on the Forge World seminar from WarhammerFest. This isn't my usual full write up - go to the Battle Bunnies for all that stuff. 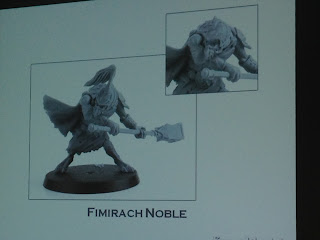 I'm super pleased to see a Fimir model getting done - I'm a big fan of them, and I'm totally up for getting one. 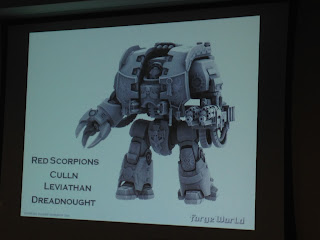 The new Imperial Armour book is Tau attacking a Mechanicus world before the Red Scorpions and a Knight House rock up to save the day. It turns out Culln got himself a bit of a scratch, though... What I'm really excited about, though, is the possibility of some rules to allow 30K Mechanicum units in 40K games. 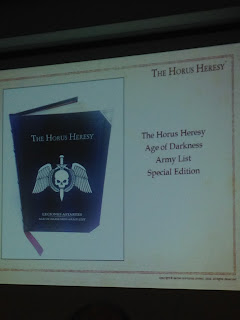 The updated Horus Heresy Space Marine army list is on the "to buy" list - I've been meaning to get into Heresy for a long while now. 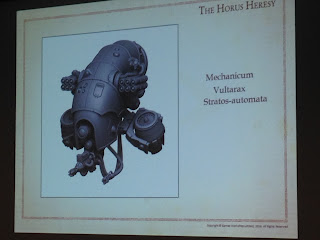 As you might expect, there was a whole bunch of Mechanicum / Mechanicus units, like this flying automata that is clearly a Blight Drone precursor. Conversion kits for the Skitarii! More awesome things I'd really quite like. 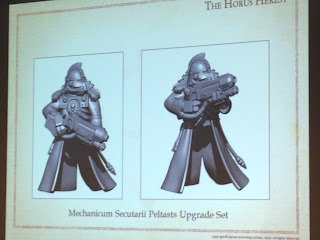 The archaic helmets are also pretty tempting here, too. I already love the Mechanicus look, and Forge World take awesome and turn it up a notch! 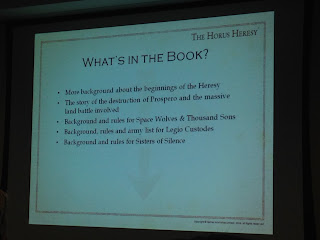 Oh, and something, something, Thousand Sons versus Space Wolves. Sisters of Silence, though...

So really, if we're being honest, Fimir, Mechanicus, and waiting on an updated book before starting a Horus Heresy Space Marine Legion...
Posted by The Responsible One at 22:26