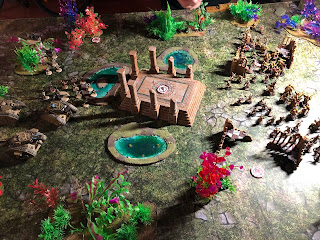 After my first go at 8th edition 40K, I arranged a small 1,000 point game down at HATE to see what a smaller game was like and get a better handle on the rules. Unfortunately, my opponent wasn't well, but they managed to arrange a substitute player who brought their Death Guard.

The point of the game was to try and hold objectives at the end of the game. 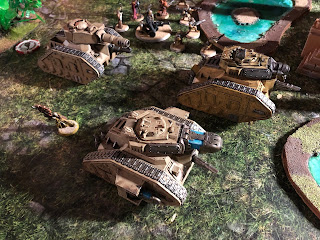 I'd brought a bunch of Leman Russ this time, and it turns out if you take them in a Vanguard detachment, they're better at holding objectives. 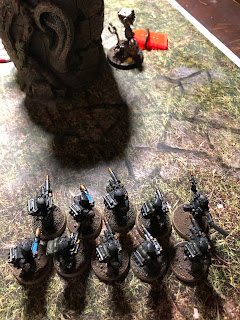 I remembered to drop in my Storm Troopers this time, but they didn't quite manage to kill the Beast of Nurgle who was their target. (The model being used is a classic "Chaos Toilet", which I think adds to the embarrassment...) 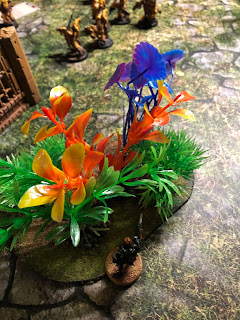 I also brought an Eversor assassin to see how cool they were. 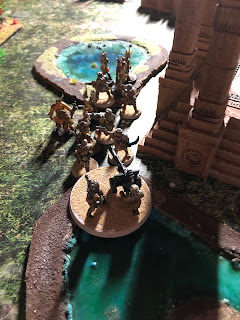 Meanwhile, my Guard squads were getting bogged down in zombies, although they made a good accounting of themselves. 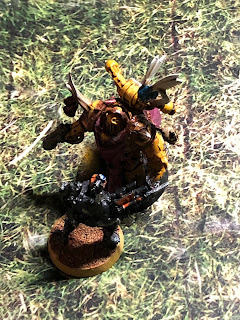 The Eversor took out most of a Plague Marine squad, which isn't bad going. 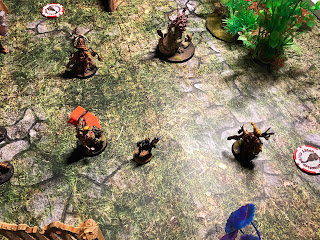 But he seemed to have attracted quite a few friends. 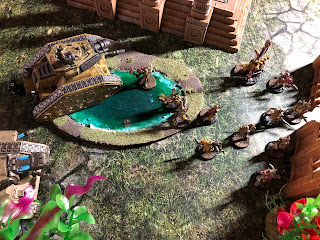 I'd gotten the tanks a bit too close to the plague zombies who, it turned out, could at least tie me up in combat even if they had trouble hurting the tanks... The officers did OK at cutting through zombies, but they're better at making Guardsmen less terrible than they are at being punchy! 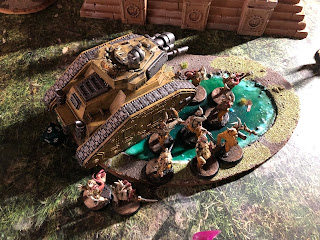 Team zombie kept the tanks tied up away from the objectives... 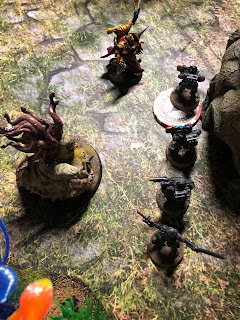 The Storm Troopers made a valiant last stand trying to hold one of the objectives. 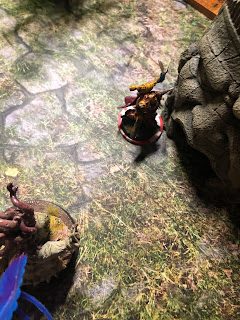 But it wasn't enough and they got licked to death by a Beast of Nurgle. 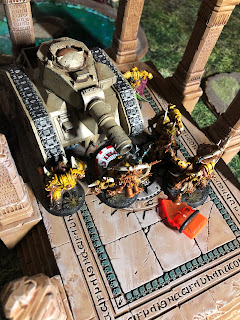 The Chaos Marines managed to contest the central objective from my Leman Russ... 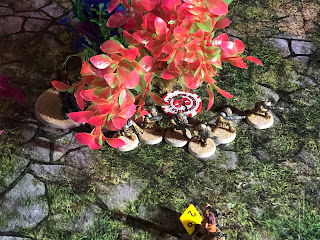 My Guard squad were solidly holding one objective... 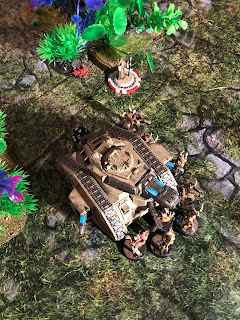 And my psyker another while the other Leman Russ kept the Plague Zombies occupied. But I ran out of turns and couldn't get enough firepower together to deal with the Plague Marines on the central objective, leaving it to a Death Guard victory.

While I was mostly just trying to get a handle on the rules and how the Guard play in the new edition, I had a ton of fun. Guard played how you want them to feel - the infantry are mediocre but their officers keep them together and make them better. The tanks are solid for their cheap and cheerful price point but don't want to get hit in close combat.

The real next step is working out what I want to collect in 40K - do I want to revise my Guard for the new edition, or start a whole new force instead? I'm undecided at present, but my next 40K plans are Purge the Pit, so I'm going to focus on that for now and not worry about longer term plans for now.
Posted by The Responsible One at 19:00