New toys to cheer myself up 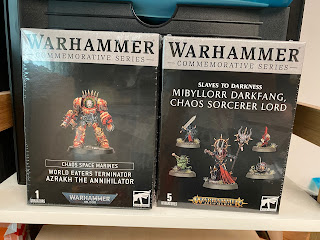 Unfortunately, after Empire LRP, I came down with the 'rona. I'm now testing negative again, but it sucked. I got very little done for a couple of weeks, and it'll take me a while to get caught up on housework and other things that need doing around the house.
Still, as part of that getting caught up was putting away all the parcels that came while I wasn't well or recovering, I've taken some photos to share what has shown up recently. First, we have these two Warhammer Plus subscription models, which have come much faster this year. 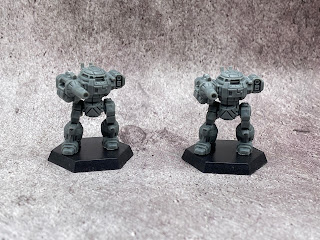 I noticed the UK stores were getting Urbanmechs in, which were previously a Kickstarter exclusive. I grabbed a couple, one for my Lyran Guards, and one for my general militia force. 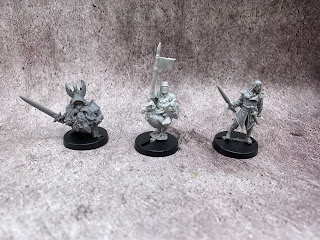 A small Kickstarter of Fantasy Adventurers by Black Scorpion also arrived. I've not taken photos of all the models that came, picking just the single piece ones. The halfling knight on a dodo is particularly delightful, but I also really like the understated elegance of the elf. 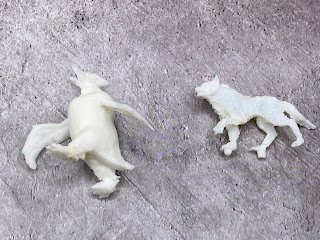 The Frozen Wilds Monster Fight Club Kickstarter also arrived. While the Kickstarter was mostly focused on scenery, I decided to pick up some of the add-ons that included an assortment of arctic wildlife, including a dire penguin. They default to coming pre-painted, but I wanted them unpainted, hence the unflattering white material they come in. 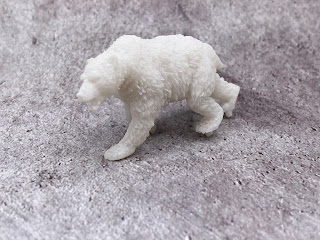 There's a good assortment of bears, wolves, penguins and seals that should be nice simple paint jobs. 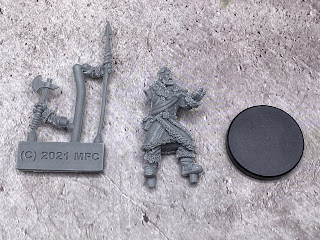 There were also a wizard and "barbarian" type, both well outfitted for the cold weather. The sculpt and casting quality is really nice, although there are some really obvious mould lines. Hopefully they'll come off easily.
I'm not sure when I'll have the energy to get back to painting - I need to prioritise my Actual Job and making the flat not a disaster zone. Hopefully it won't be too long!
Posted by The Responsible One at 19:00