On Friday, I had the day off and was planning on painting at home. However, Games Workshop Plaza mentioned on their Facebook page that they were doing a face and skin tutorial, so I decided to head in and say hi.

This then got quite interesting as they were very interested in my wet palette set up, and the staff member doing the tutorials felt I was a better painter than him.

This is something I'm really not used to! I'm used to being next to my wife's painting, and being nowhere near as good. The idea that I'm better than a GW staffer, even in a local store, is kind of weird.

Here's a quick work in progress shot of the scribe I took in to work on: 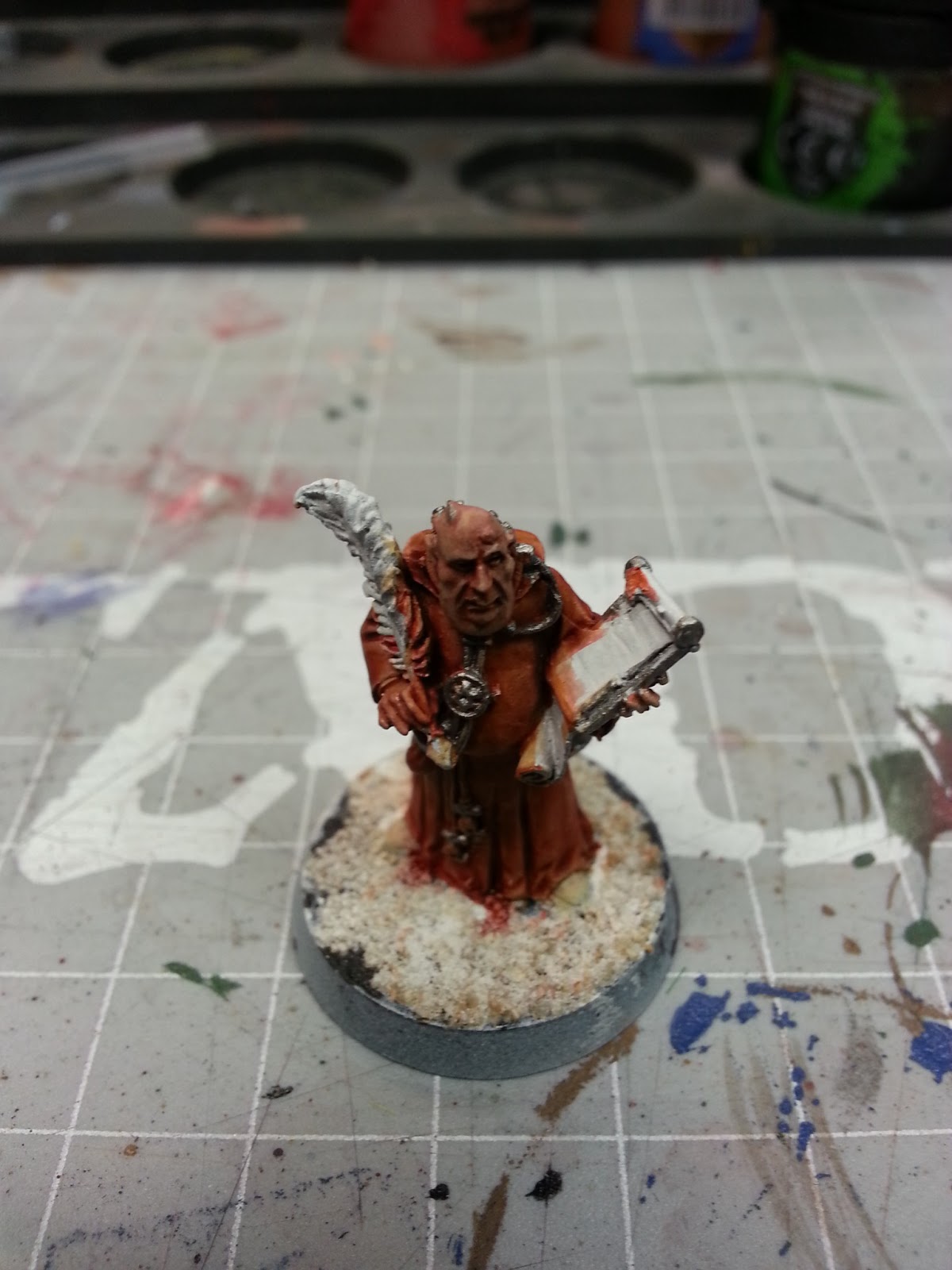 He is not finished yet, and needs some shots taking with the unforgiving camera of shame to pick out the bits I'm not done with yet.

His robe was painted with a bone base coat, then alternating sepia and orange washes. The face was based in Bugman's Glow, washed in Reikland Fleshshade, and then lots of thin coats of Kislev flesh, sometimes using the Fleshshade to tone down anything particularly chalky.

I also started a little work on the female Commissar, but there's nothing interesting to show of her yet.

The previous Wednesday, I had popped into Dark Sphere to say hello, and saw some awesome conversions from a chap called Richard. They're still very much in progress, but I wanted to share, and he said I could. 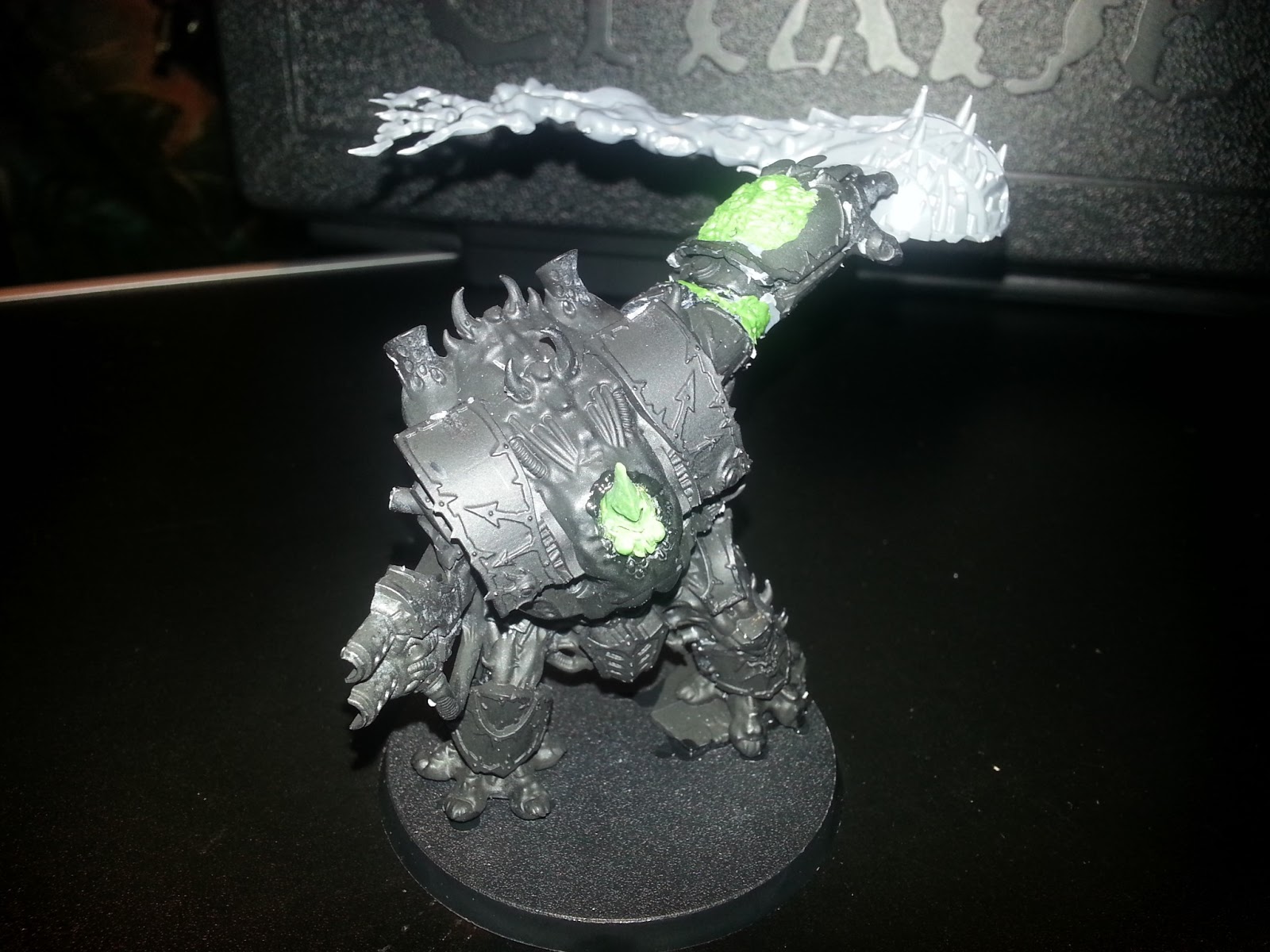 This is an awesome Hellbrute, using some green stuff and bits from the Skaven Plague Furnace to change its look a lot. 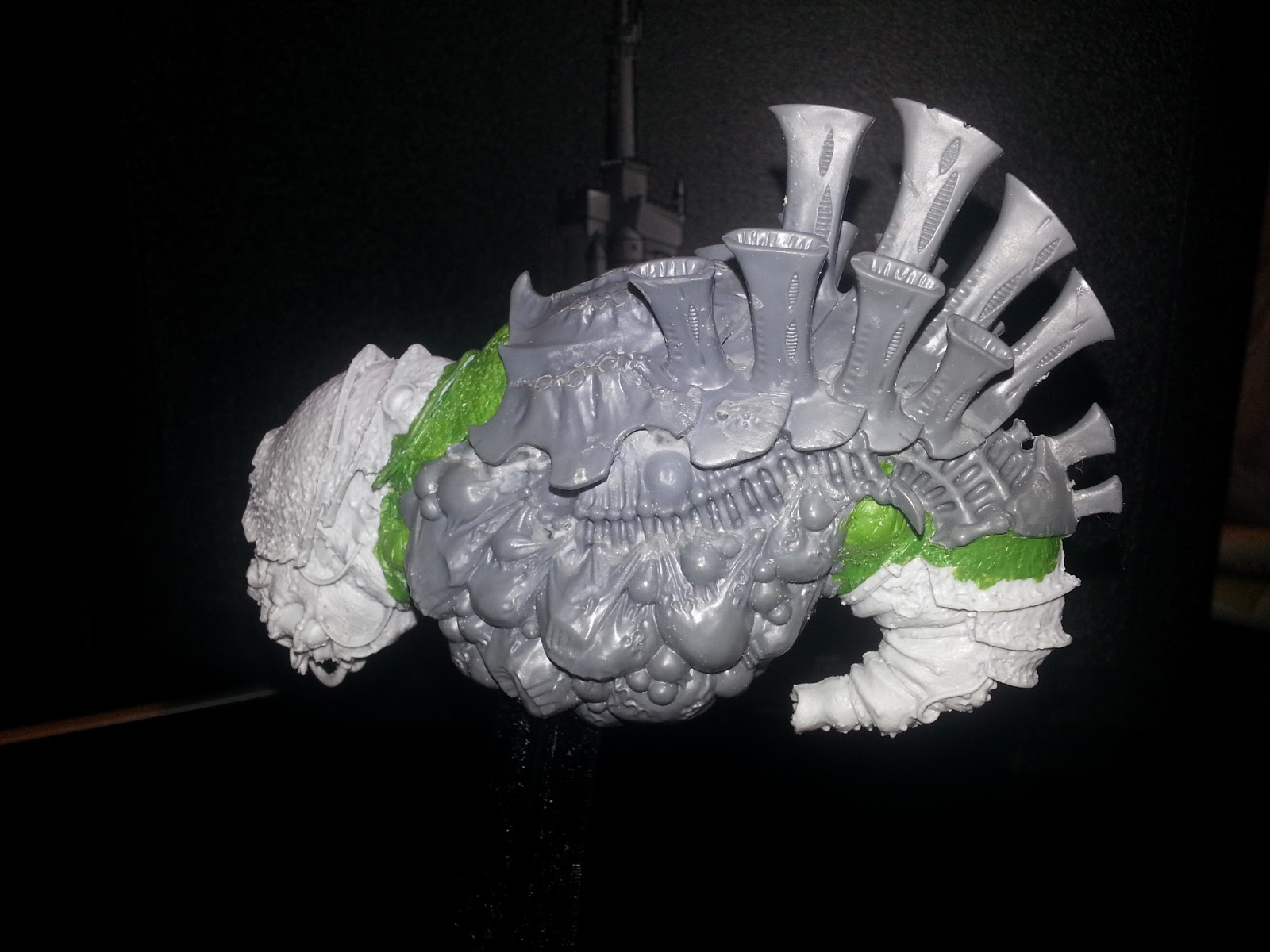 Then there is this awesome kitbash of the Tyranid Tervigon and the Forgeworld Nurgle Plague Drone to put together a very Nurgle Helldrake. Richard did say that he had found this idea on the internet somewhere, but I forget where. If anyone does know, feel free to shout in the comments so credit can be given.

Posted by The Responsible One at 23:45