This week: Salute, some Commission Painted Druze and future plans 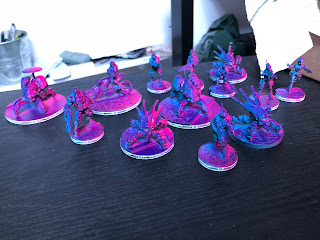 I got some more Druze back from my commission painter this week. I now have all the Remote options, the new Druze box, an assortment of Bounty Hunters and the Hunzakut Sniper to try out.

Unfortunately, this coincided with last week's horrible trouncing by Yashar at a practice game and the all the new profiles from the latest Infinity expansion becoming available. I reminded myself that the purpose of hobby is to have fun, not to continue a commitment that's lost the enjoyment of it.

So, as a result, for the Firestorm Satellite tournament next week I've borrowed a bunch of models and am taking two lists from a new faction I've never played before and have no opportunity to play test. This probably isn't going to do my ELO ranking any favours, but Druze have been making me feel like I'm beating my head off a brick wall, so I'll be coming back to them later. 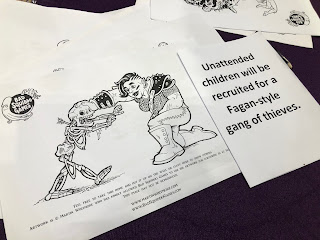 I spent the weekend, as expected, at Salute. I caught up with a lot of good friends and that was probably the best part of the show for me (whether before, during or after). I won't try and list everyone here (it'd be challenging as I broadly don't use people's names on the blog), but it was great to see so many people and sorry to anyone who maybe caught me while I was distracted or starting to flag from the number of people. 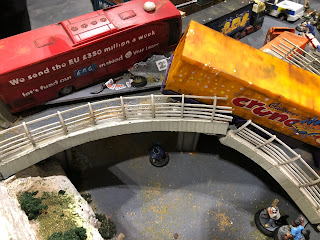 The last of my Warhammer World New Year photos are scheduled to publish Thursday, so I need to start running through all my other photos and event reports. With the New Year Open Day done, I just need to cover CanCon, Beachhead, the UK Infinity Masters, the European Infinity Challenge and Salute . . .

I'm off to the Firestorm Satellite next weekend as well, so it's not like it's improving!

I'll get the Salute photos scheduled up as soon as possible, try and get the Firestorm Satellite report up soon after that. The other, backlogged event reports I'll start plugging through after that. How hard could it be?
Posted by The Responsible One at 19:00