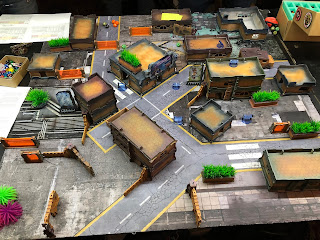 So, back down to HATE for the last but one League game with my Druze. This time, it was Comms Centre against Yu Jing. I lost the Lieutenant roll and my opponent chose to go second. I made them deploy first to make them suffer as much as possible for that decision... 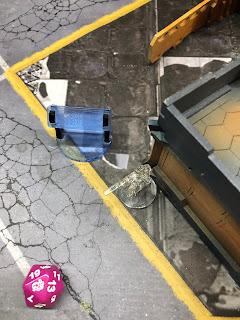 Saito hid by the centre console just outside my deployment zone  (because of an exclusion zone in the centre preventing him infiltrating there), waiting to ruin they day of anyone who got too close. My opponent placed a Total Reaction HMG covering right down the middle of the board, and it was going to be a pain to get rid of. 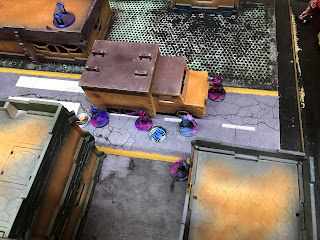 I pushed up the right hand side of the board with my main link, getting set up to Sabotage the delivery van (one of my Classified) the following turn. I left the Brawler Heavy Rocket Launcher out to cause some pain. 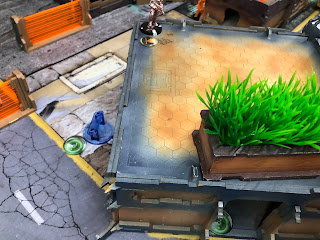 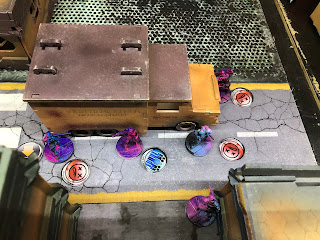 I then got counter attacked by a blasted Shaolin Monk with a chain rifle and hadn't got enough ARO pieces out to stop it putting templates all over my lovely link team. The HRL had left a couple as nothing but ash and smoking boots before someone put and end to him. 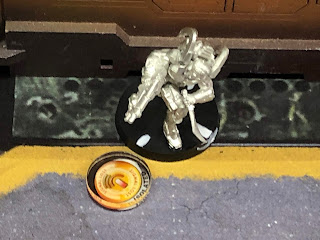 An AROing E/M grenade launcher made one of a Kanren trying to sneak up and cause them more woe exceptionally sad. 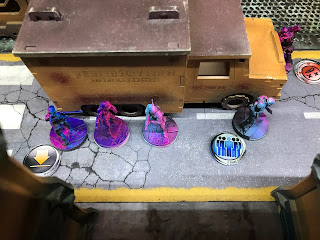 My Brawler Doctor then had to run along and pick everyone up. It cost a couple of command tokens but I have a 4 person link again. I detonated a demo charge on the truck, and also had the E/M Grenade Launcher complete Net-Undermine . . . oh, and I had Experimental Drug... 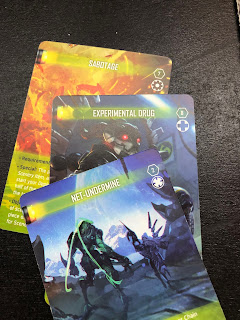 With all three of the Classifieds scored, I was feeling a bit better about how the game was going. 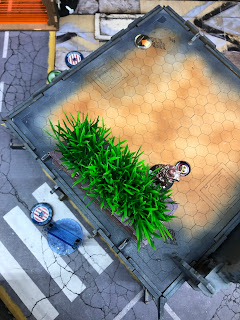 On the other flank, Yu Jing skirmishers quickly took control of as many consoles as possible. 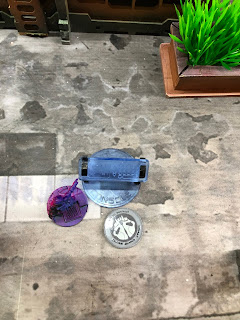 The Brawler Assault Hacker did some serious work and gained a couple of consoles for me. 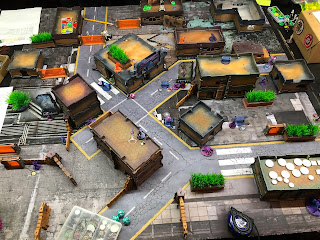 Mid game, it was anyone's game to play for - but what's that on my right flank? 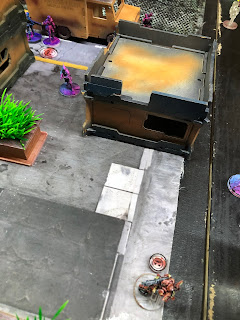 The Tiger Soldier is threatening a dangerous run up the flank, but the grenade launcher Druze again does sterling work and fills him full of holes. 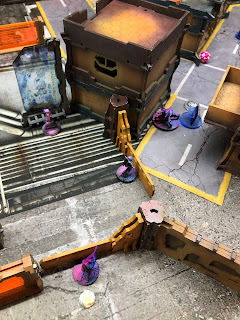 With as many consoles flipped as possible, I set up as many defences as I can over the consoles for my opponent's last turn... 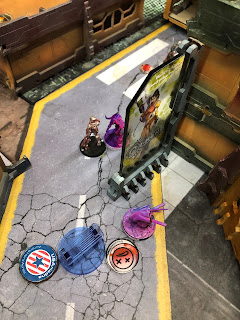 But while Saito manages to Engage his Lieutenant as he runs past, he gets a single roll to flip the centre console to him - succeeds, and swings the game to an 8-4 win for Yu Jing.
Posted by The Responsible One at 19:00