It "would" have been Salute this weekend. Salute is the biggest wargaming trade show in the UK, and a major source of income, particularly for smaller companies. If your funds allow, please consider doing a little shopping this weekend to help out.
You can have a look through the companies who would have been at Salute 2020 on their trader page, but I have a few suggestions too. While I do have a "Support Small Companies" page, I thought I'd do a post (or maybe more than one). Hopefully I'll remember this weekend to write some more posts, but lets start with covering the companies where I remember I know someone who works there... 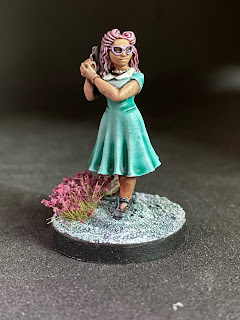 If you follow my blog you'll recognise Bad Squiddo Games, as I regularly paint their stuff and post about it here. Annie produces a lot of excellent miniatures that I'm really found of (and also historicals, which are less my thing). Conveniently, there is currently a Bad Squiddo Kickstarter running for Women of WWII Soviet Russia which still has a few days to run. 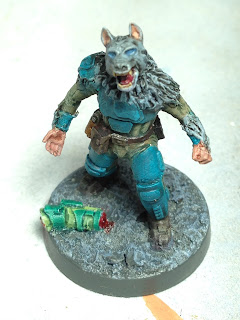 I first ran into Anvil Industry when I discovered that their old office was on my walk home from work and they weren't against me just dropping in to say hello. Then I discovered that they made a bunch of cool minis I liked. I should really fix that because I love their stuff and they're putting out a really good selection of interesting models these days. 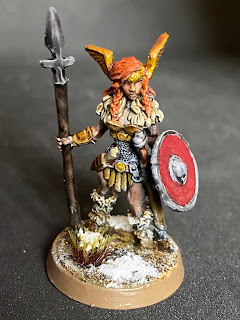 Poor Fenris Games has had a pretty rough time of the pandemic, with a workshop move and all sorts of nonsense impacting the business. It's a shame, because Ian is an absolute sweetheart who both makes his own miniatures and imports several US companies that would otherwise be impossible to get hold of. Sci fi scenery, Cthulu inspired stuff and Sword and Sorcery style things are the big draws here, but there's such an eclectic mix you'll surely find something. 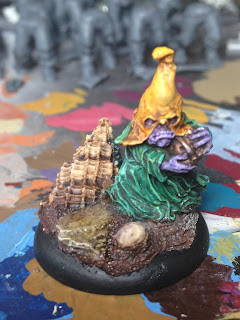 The other side of this post is that it keeps reminding me of companies where I haven't painted their stuff recently and I should definitely fix that! Heresy Miniatures does a good range of sci fi and fantasy stuff. I have their Kickstarter, a giant and a dragon lying around here somewhere. I should definitely paint some of it soon... 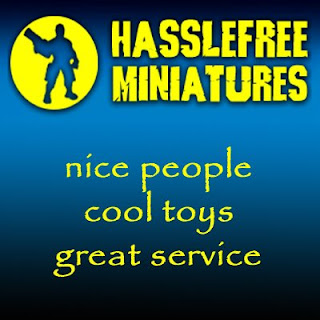 How do I not have anything painted up by Hasslefree yet? It's probably because I'm intimidated by the amazing sculpts Kev puts out in fairness.

Another company I haven't painted anything from yet is Master Crafted Minis. Admittedly, that's mostly because they do conversion pieces and scenery, but it's still an oversight!

It's now annoying me that I've painted one of Alex's lovely sculpts for Arcworlde and taken a lovely photo of it and I cannot for the life of me find it. The company name is Warploque Miniatures and these characterful sculpts are well worth a look. I really need to get the models from the Kickstarter put together!

Zinge Industries do a wide range of clever bits, detail kits and conversion material. Particularly good for the sci fi gamer, but they have some minis and fantasy stuff too. 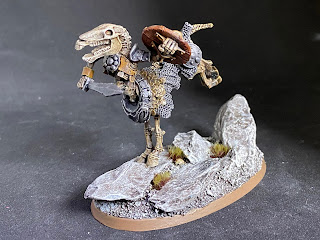 And from the most recently painted figures, lets not forget Diehard Miniatures, who've got a good range of fantasy and sci fi miniatures. They've got their own particular style and hopefully I'll get to painting a few more of them soon.
Well, that was a whole lot of typing. Help me feel like it was worth it and go and buy some of their stuff, will you?
Posted by The Responsible One at 20:23

Email ThisBlogThis!Share to TwitterShare to FacebookShare to Pinterest
Labels: Salute