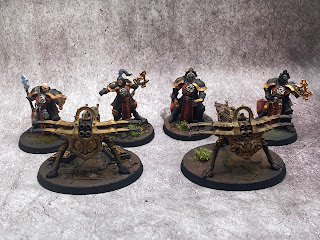 Well, here's the last of the first batch of Stormcast Eternals painted for me by Squiggle's Studio. The second batch has now arrived and I need to get on with photographing all of them! Maybe at some point I'll even get a game in.
First up, we have a pair of Celestar Ballista. I'd actually assembled one of these myself before sending them off - they're a nice, simple kit that would be great for new starters. 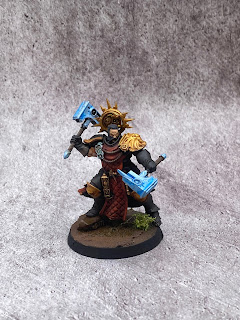 To go with them, here's a Lord Ordinator, who is good at that artillery thing and gives bonuses to war machines near him. 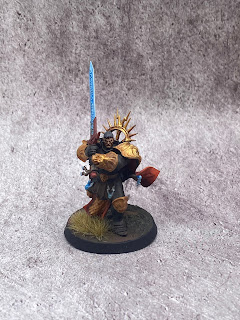 Here's another one of those Limited Edition Stormcast Hero types. Not even sure what type he's meant to be! 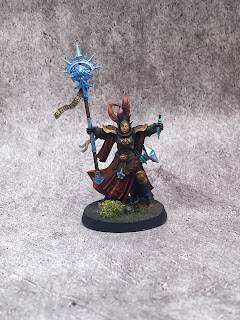 This Knight Incantor has an automatic unbinding of a spell ability. This makes me nostalgic for 4th edition Dispel Magic Scrolls... 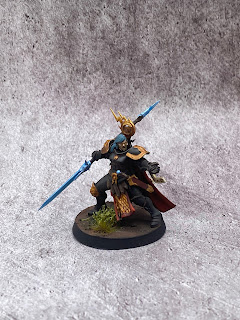 Another store birthday type model for when I need an extra character... 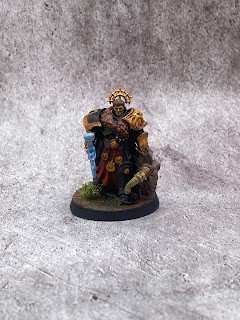 And another one? I really got carried away with limited edition characters I have precisely no use for. 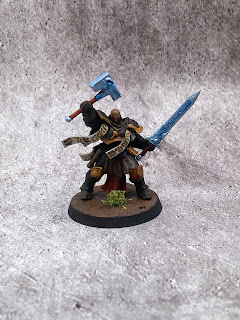 This one I can at least remember is Knight Questor Dacian Anvil, because he has special rules that my faction . . . can't use. 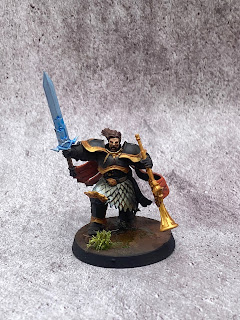 A Knight Heraldor. A special thanks to Squiggle who used one of the Forge World heads so that a man with a trumpet isn't wearing a full face mask. 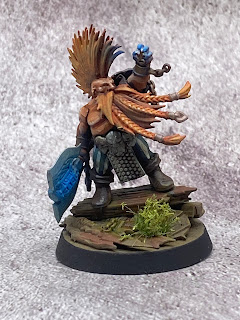 Not a Stormcast. But a violent Dwarf who can turn up with Stormcast. I should really read his new Mortal Realms books! I've liked Gotrek since the early 90s, so I was keen to have the option to take him. 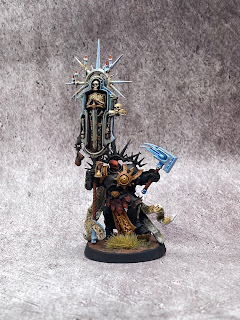 And finally, a Lord Relictor, or "spooky man with a friend on a stick". I pray for the day they release a new single miniature release of this model that's slightly less of a pain to transport...
Posted by The Responsible One at 19:00