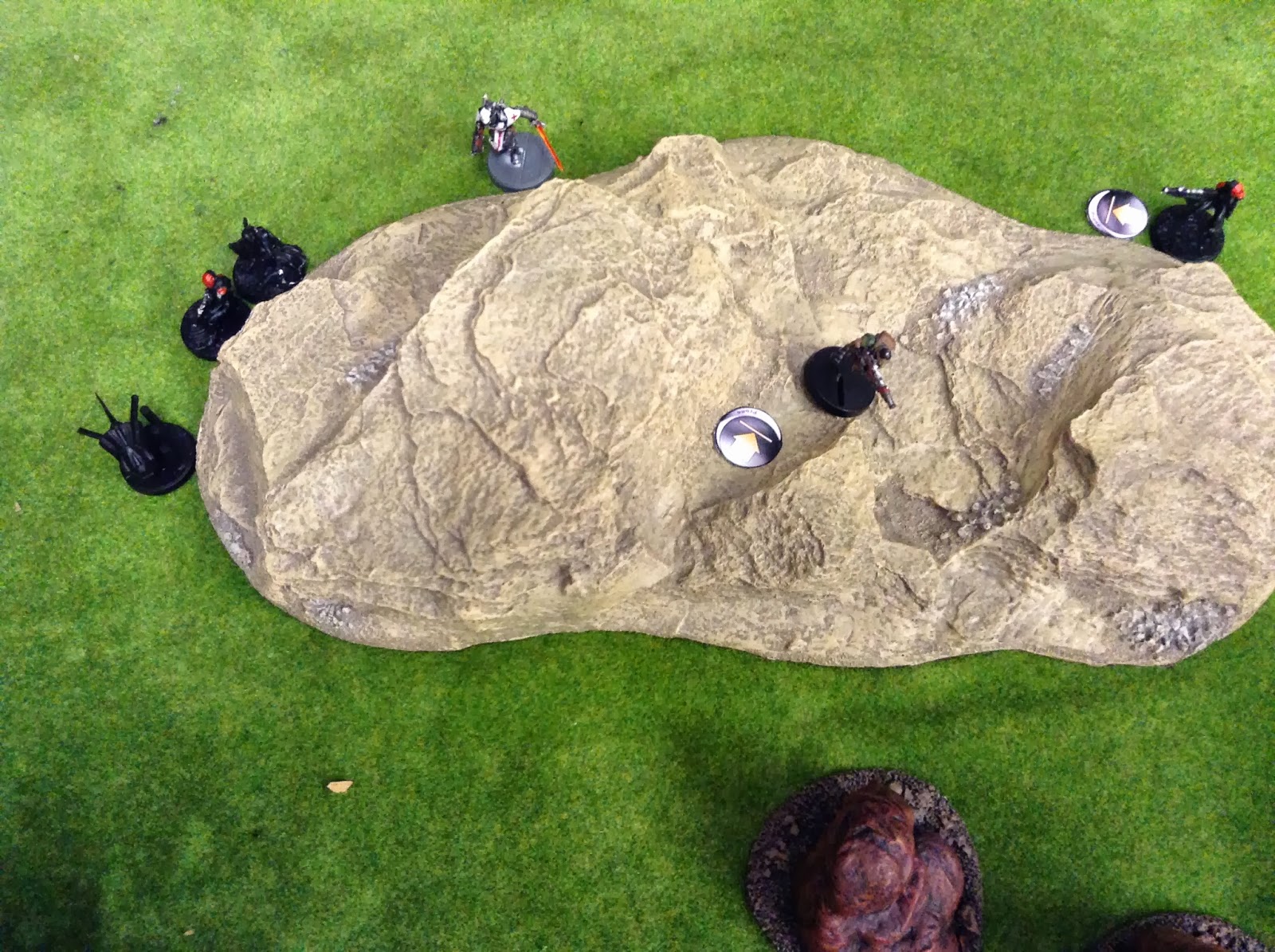 Infinity is a sci-fi skirmish game, set 175 years into the future. Its key features are relatively deadly shooting and the use of robots and anime style mecha alongside the normal infantry. There are a varied number of factions, and an alien invasion is just starting.

Most of the game rules are available as a free download, but to quickly understand how the game works, I heartily recommend the basic rules introduction videos that Corvus Belli has put up on Youtube.

Infinity has a company run tournament system, which has official prize support and seems to be heavily contested. It also has a campaign system, with special forces soldiers who gain experience.

The nature of the game means that you need a lot of terrain, especially stuff that completely blocks line of sight, such as buildings. I may have mentioned before that I have a teensy bit of a terrain 'problem', and my recent interest in Infinity was caused by a link on Bell of Lost Souls to this chap's somewhat awesome wargaming board.

Also, my upcoming battle reports are going to be totally put to shame by this report from Bell of Lost Souls.

Infinity has a number of factions, as mentioned before, so here's a quick run down of them.

PanOceania
The largest amalgamation of nations, it has a Western feel, with a lot of troop miniatures who look professional and well armed, a healthy dose of sci fi knightly orders, and a side helping of Sikh commandos and Swiss Guard.

Ariadna
Isolated colonists who have claimed independence - made up of the descendants of Cossacks, Americans, Scots and French. They are less tech-y, but have Scottish Werewolves.

Haqqislam
A humanist and philosophical Islamic faction, whose doctors are better than everyone else's. They have a monopoly on key medical products in the background. They have a wide range of infantry and some mono-wheeled bikers, but are light on Mecha and robots.

Nomads
Space dwelling folk who really don't get on with the Aleph AI (more on that later). Excellent hackers and engineers, and swarms of robots and good mecha.

Combined Army
Alien invasion force, part of some great big hive mind. They do horrible, horrible things. Big alien beasts, lots of infiltrators. I'm lot allowed to show any pictures of these models to my wife in case she accidentally buys all of them and increases her lead mountain.

Aleph
I said I'd get to these guys. They are, like, the Apple army. Its a faction linked to the Aleph AI, which controls the computers of the human races (except the Nomads, who don't trust it). The question as to whether or not it has its own agenda and what that agenda is seems to be left pretty open by the designers, but it has its own independent forces. They seem to play in a slightly different way to the other factions.

Mercenaries
You can theoretically create a Mercenary force across the different groups, but it isn't allowed in Tournament play. You can also hire in some mercenaries for your own force, which is again heavily limited for tournament games.

Tohaa
This is a new faction, a new alien race opposed to the Combined Army. They seem to use a lot of symbiotic biotechnology, and I really like their look. They're about the only faction who might tempt me away from the Nomads...