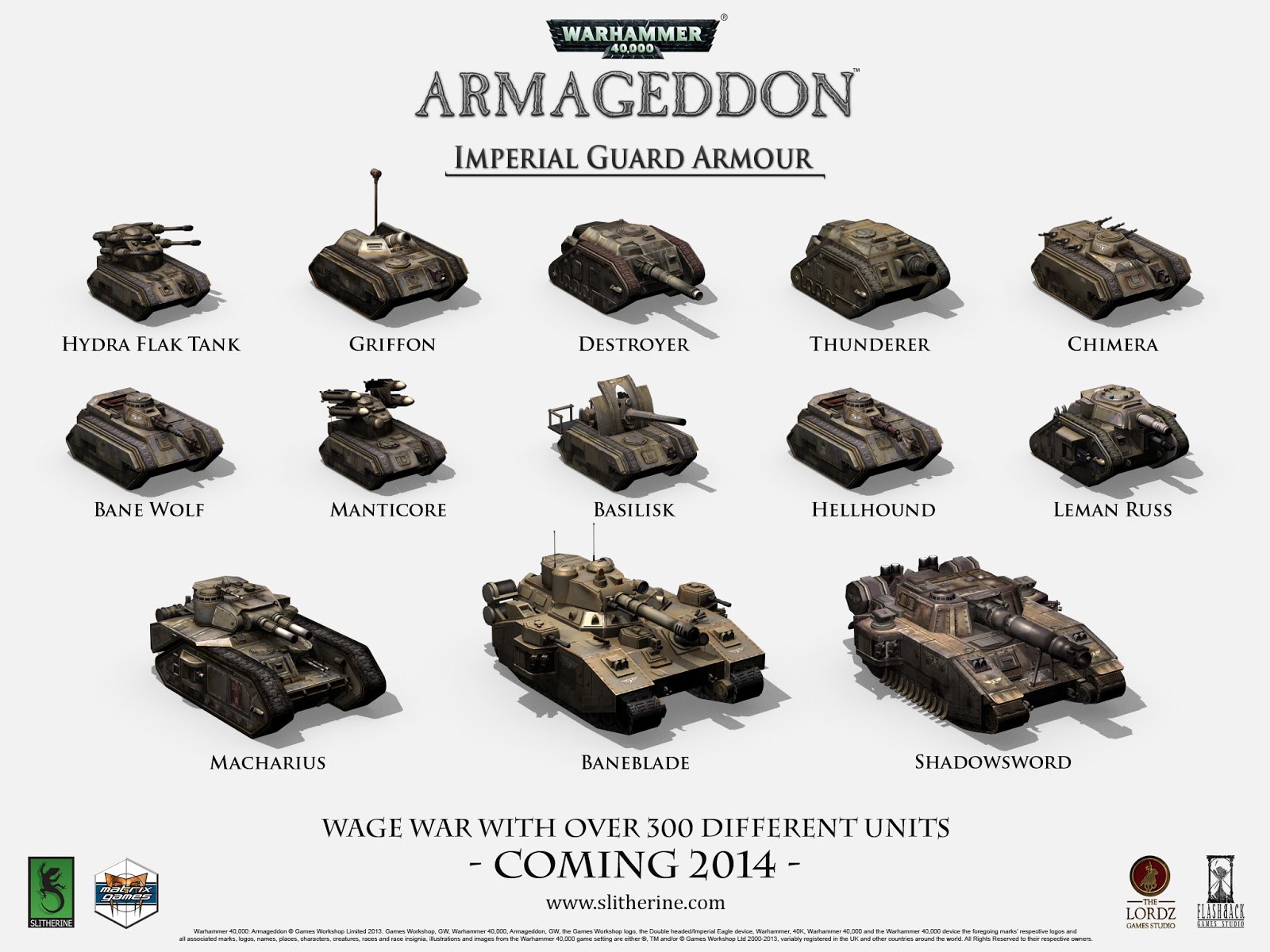 Some of you may remember the ridiculous exclusive I achieved about Warhammer 40,000: Armageddon. (Beasts of War did manage to get some footage up the following month, but I broke the game-play picture scoop!) Well, while following back a referral from a lovely German forum over the weekend, I spotted some thumbnails of some more pictures. A quick search of the Slitherine website found a forum post with some pretty Armageddon Wallpapers. Get them while they're hot!

How did people find my "Infinity Week"? It was a bit of an experiment for me. Daily posting isn't something I'm going to be able to do that often, but I had enough material and blitzed everything over the weekend and scheduled it out. So, what have I been doing over the course of the week? 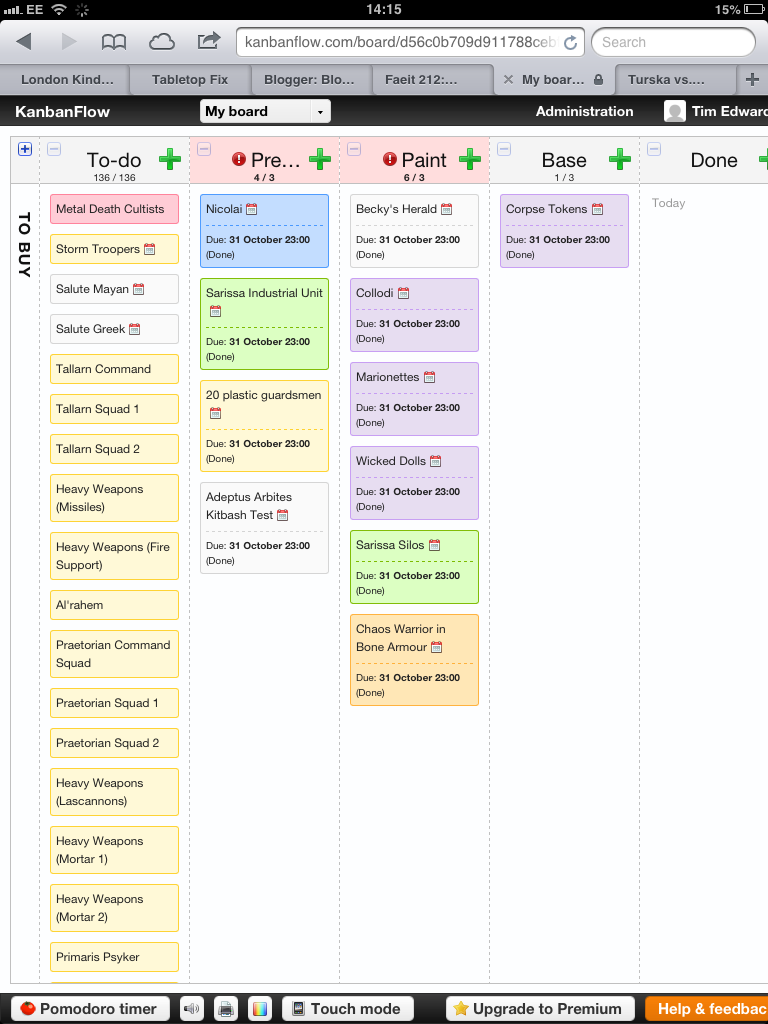 My darling wife had a bit of a word about my Kanban Board. I showed her the layout I'd been using and as an impartial observer, she prodded some holes in it. I'd upped my "Work in Progress" in the painting column to 6, with the intention of every two things moved out of it, I'd reduce the limit by one until it was back down at 3, which would keep things moving. She pointed out that would just slow down me dealing with the underlying problem. I also have two completed items in the assembly column waiting to move into painting, so it wouldn't really help move much along, just maintain an already too high work in progress limit. She also rightfully pointed out that preparation and assembly should probably be combined, which I did, causing yet another over limit column.

(I've also added a limit on my "to do" column, which is items I've bought, of the current items I've purchased but not started. I want to get this down from 136 to about 100, though I'm not sure how long this is going to take. That one I _am_ going to keep at the higher limit, and work a "2 out, 1 in" policy, otherwise I will be Very Sad. However, any new items should now be going right on the top of the column so I pick them up as my next thing to do, which should cut down my ridiculous habit of buying something to paint up at some point in the future.) 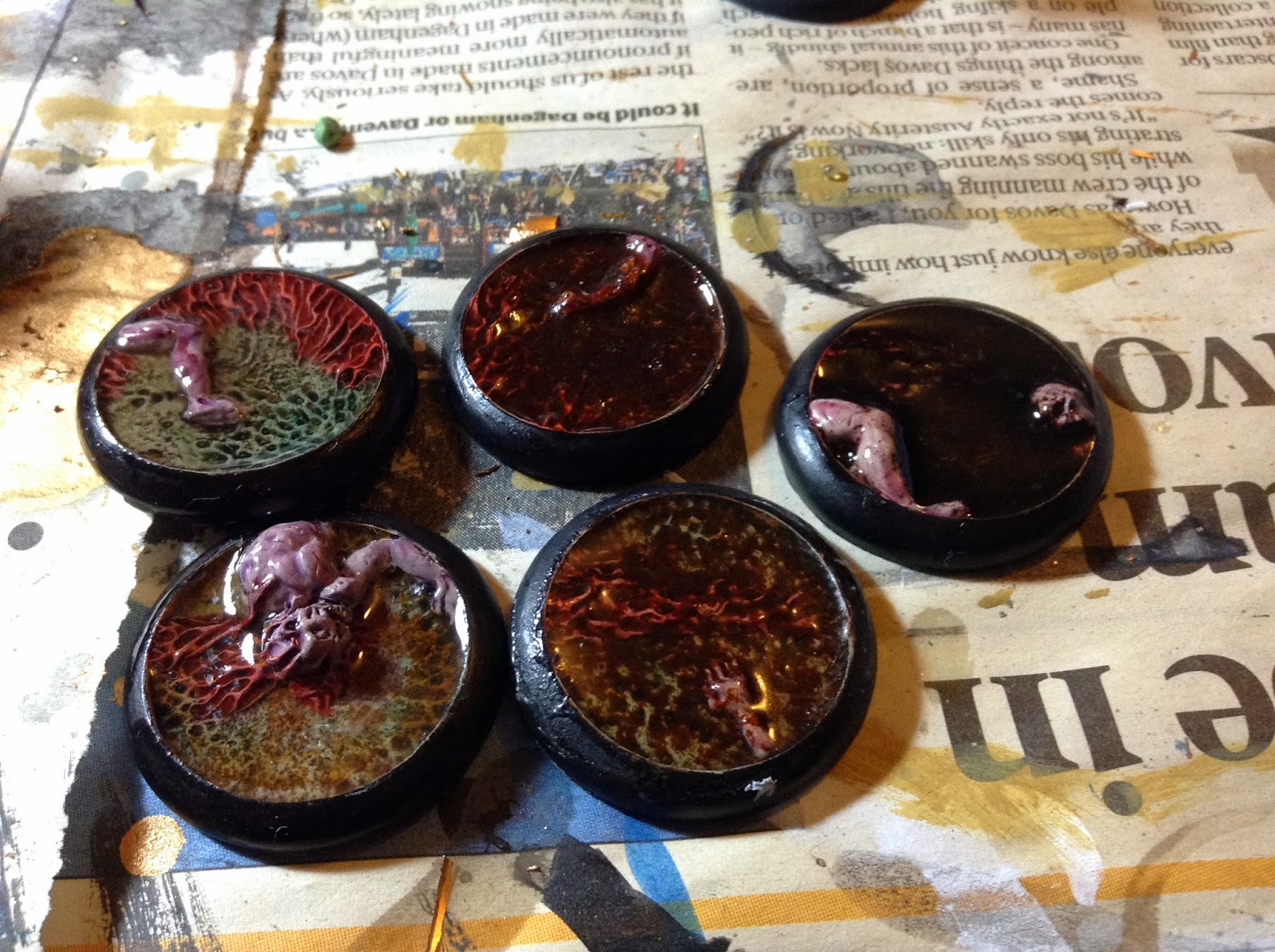 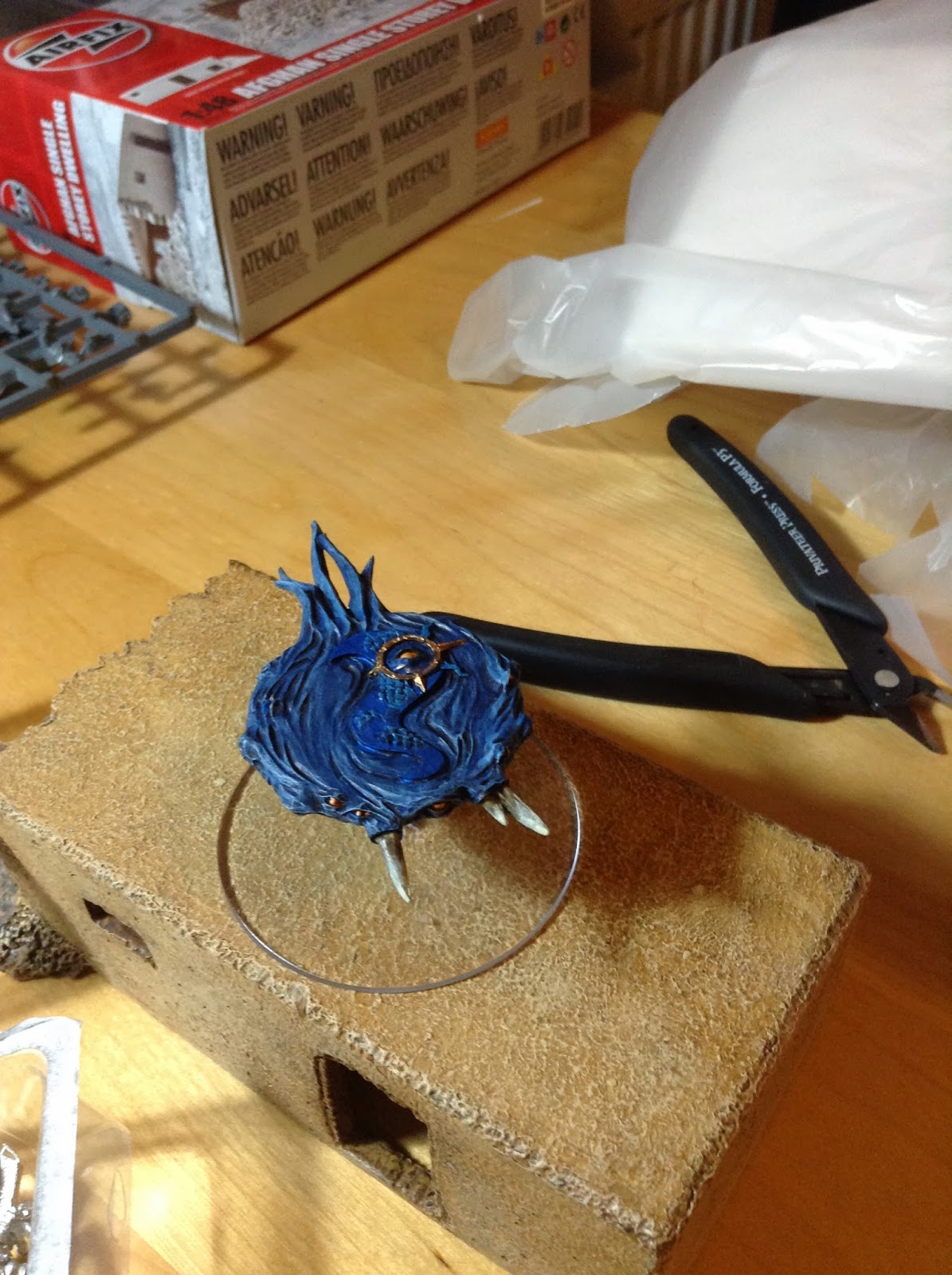 The disk for my friend's Herald of Tzeentch is now done - just the Herald to get done now! I can see some pink in my future... 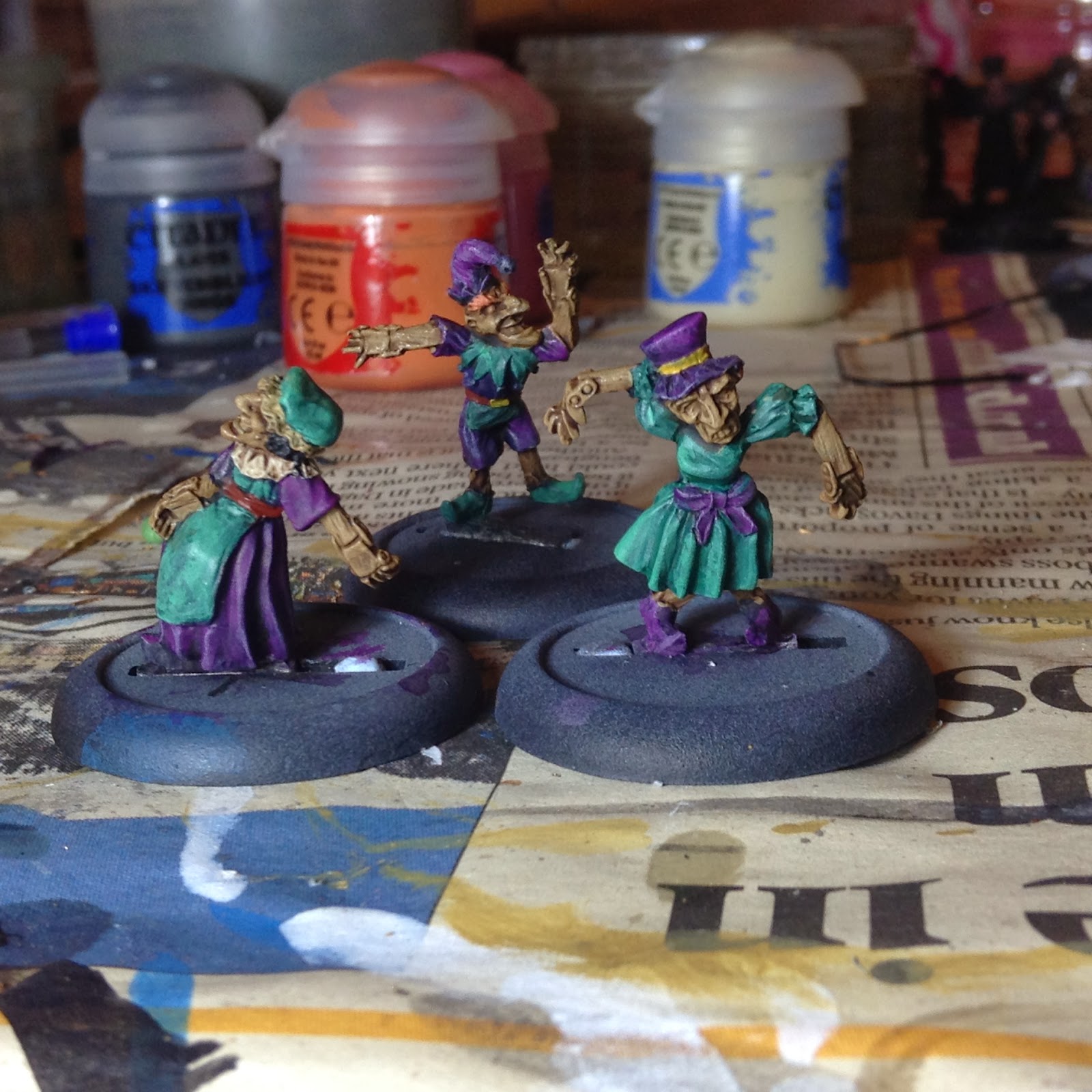 Three of the Marionettes are getting much closer to being done - just some last details to pick up, and they should be ready for basing. 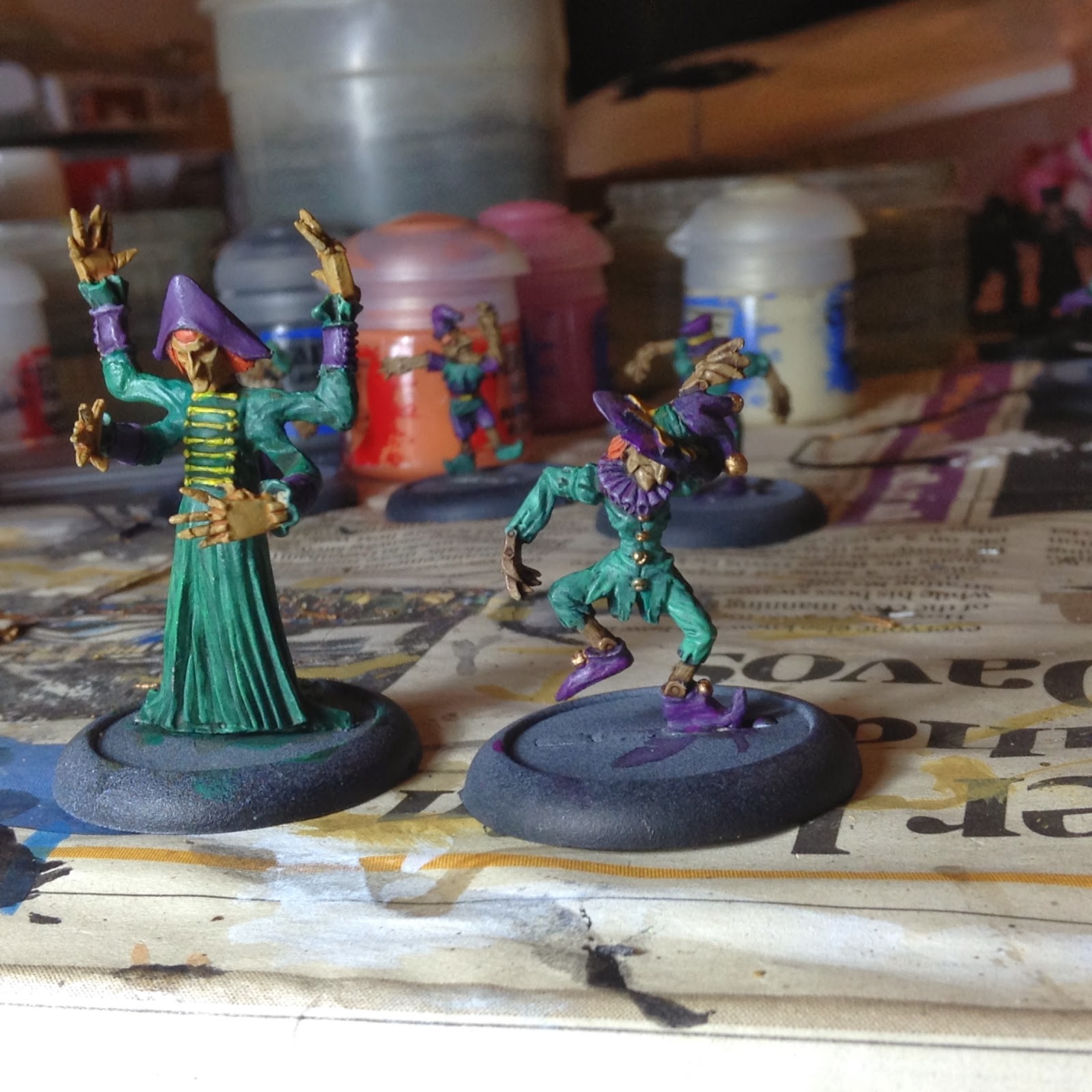 However, Collodi himself and the other Marionette are both ready for basing! I'm incredibly pleased about this as they've been something I've been working on FOREVER.

Now, this leads on to an interesting observation. On my Kanban board, all that's happened is this: 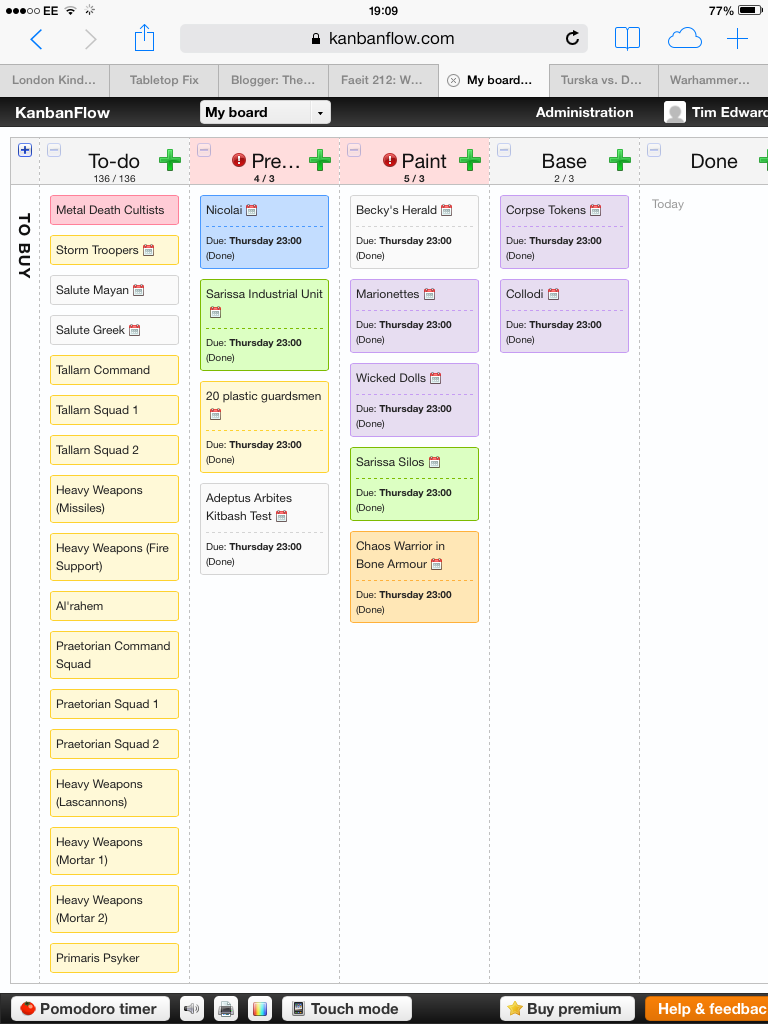 Collodi has moved into the basing column - because the Marionettes aren't all painted, and the disk is done, but the Herald is not. There's a ton of work which isn't showing, because it isn't finished in the stage it's at.

Now, I'd show my normal spreadsheet at this point, but quite frankly, it looks like a flat line - that massive pile of incomplete work means that any day's work just doesn't have an opportunity to show up. So, I stripped down a copy of the sheet to only include items that I've started on the Kanban board. 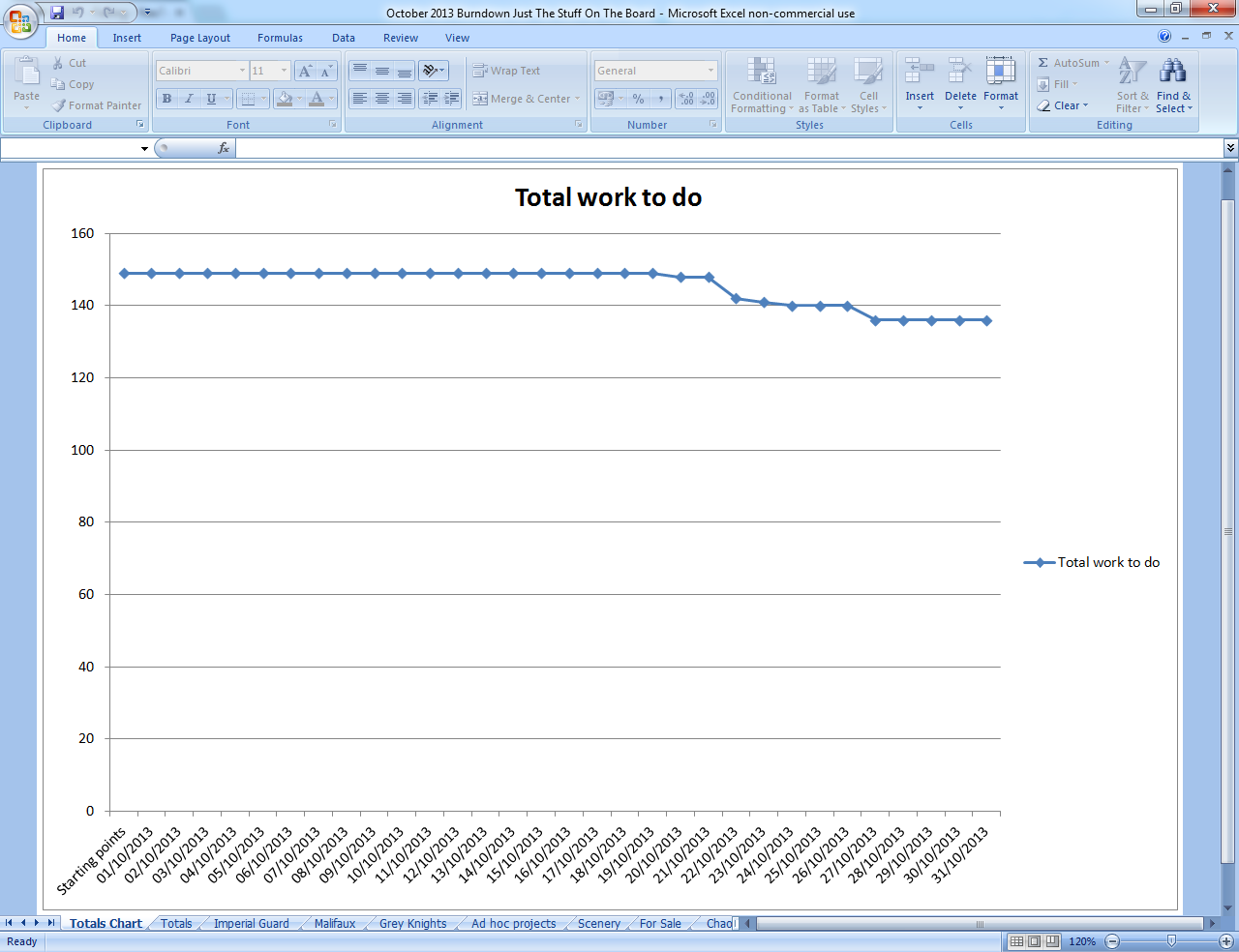 So, each of the two systems has its own advantages. The spreadsheet shows that I've done something, but gives a false sense of progress in terms of getting things finished.

The spreadsheet also shows something else interesting - until last week, I tried to focus on doing a massive blitz each weekend - notice the complete and total lack of progress . . . I then changed to trying to do a little bit each day - for much better results. It broke down the barrier of me wanting to sit down at the painting desk, and even on days when I wasn't really in the mood for painting, some little bits and bobs got done. Given the success of "paint a little each day", I intend to continue with it wherever possible.
Posted by The Responsible One at 22:07