I started the blog back in April 2012 with a mixed bag of objectives. I wanted somewhere I could talk about my hobby as most of my other social media was dedicated to my other hobby, which is LARPing. While there's some cross-over, there's a lot of people who aren't interested in the other, so I decided to separate things out. 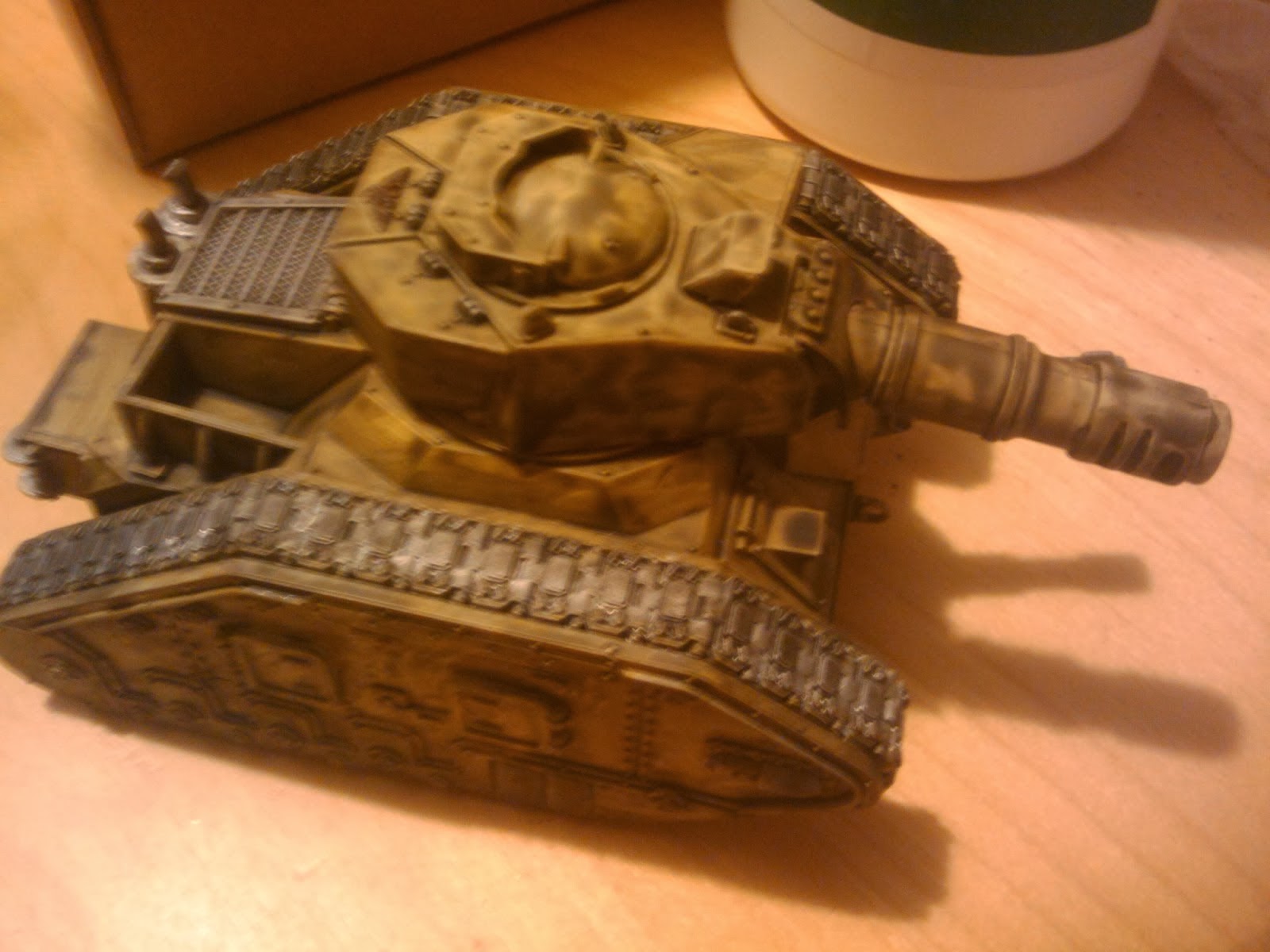 It took 25 posts and a month to put my first photos up - of a completed Leman Russ tank. These days I try and make sure all of my posts have some photo content in, as I find it helps break up the text and just generally looks better.

I've also gotten slightly better at focussing - not much, but a little.

The blog really took off in September 2012, when I posted up a bunch of rumours and things I found out at Games Day. Those two posts earnt me over 4,500 views, which given most of my posts seem to average out at about 50 views. Before that, my Imperial Guard 6th Edition tactics articles were my highest viewed articles, due to the massive lack of in depth tactics articles compared to 5th edition. 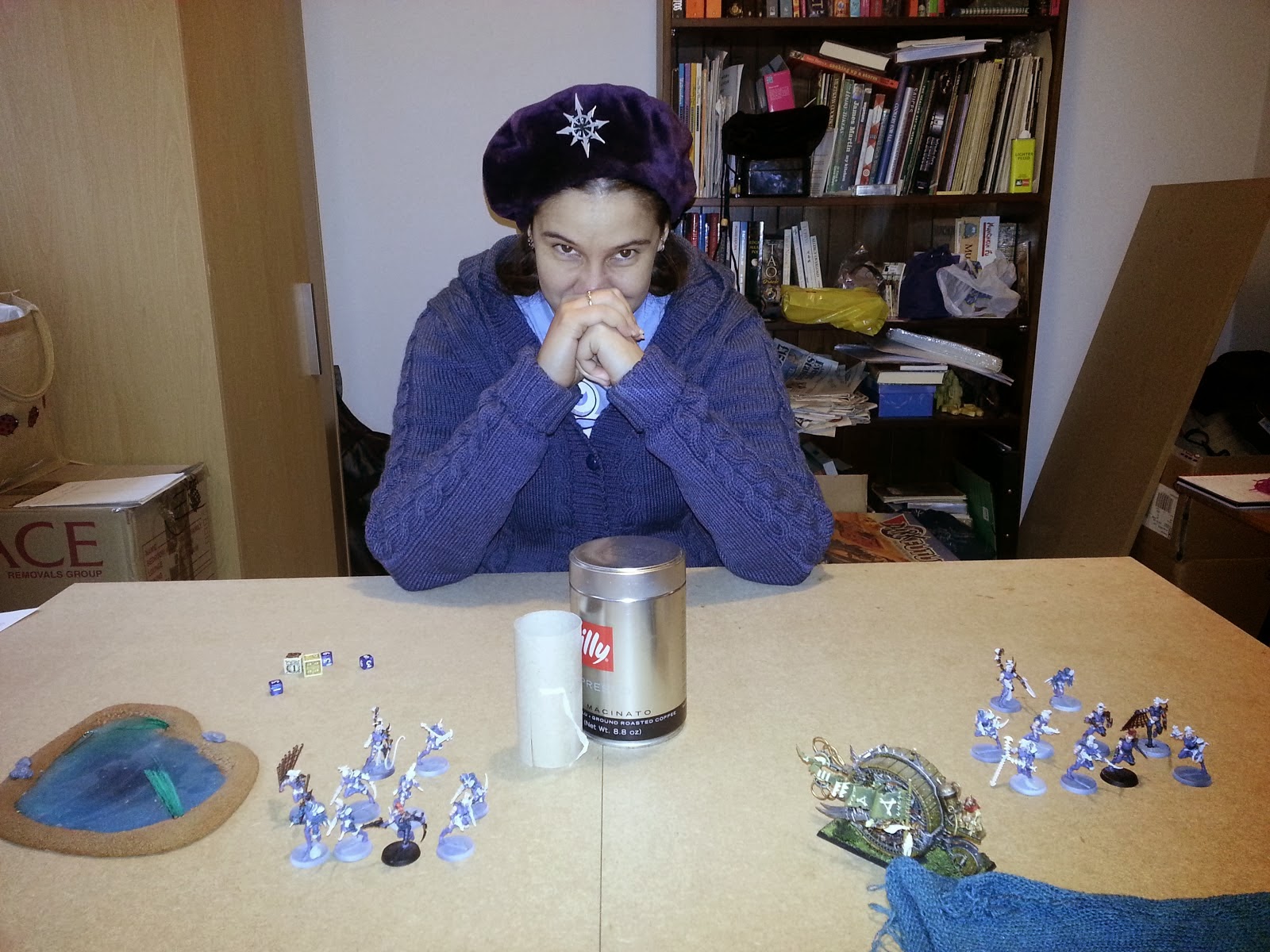 I had got back into 40K and painting because my wife paints. She didn't game. But late last year she suddenly realised that she'd actually got a playable Dark Eldar force, and ended up learning to play, which I documented. 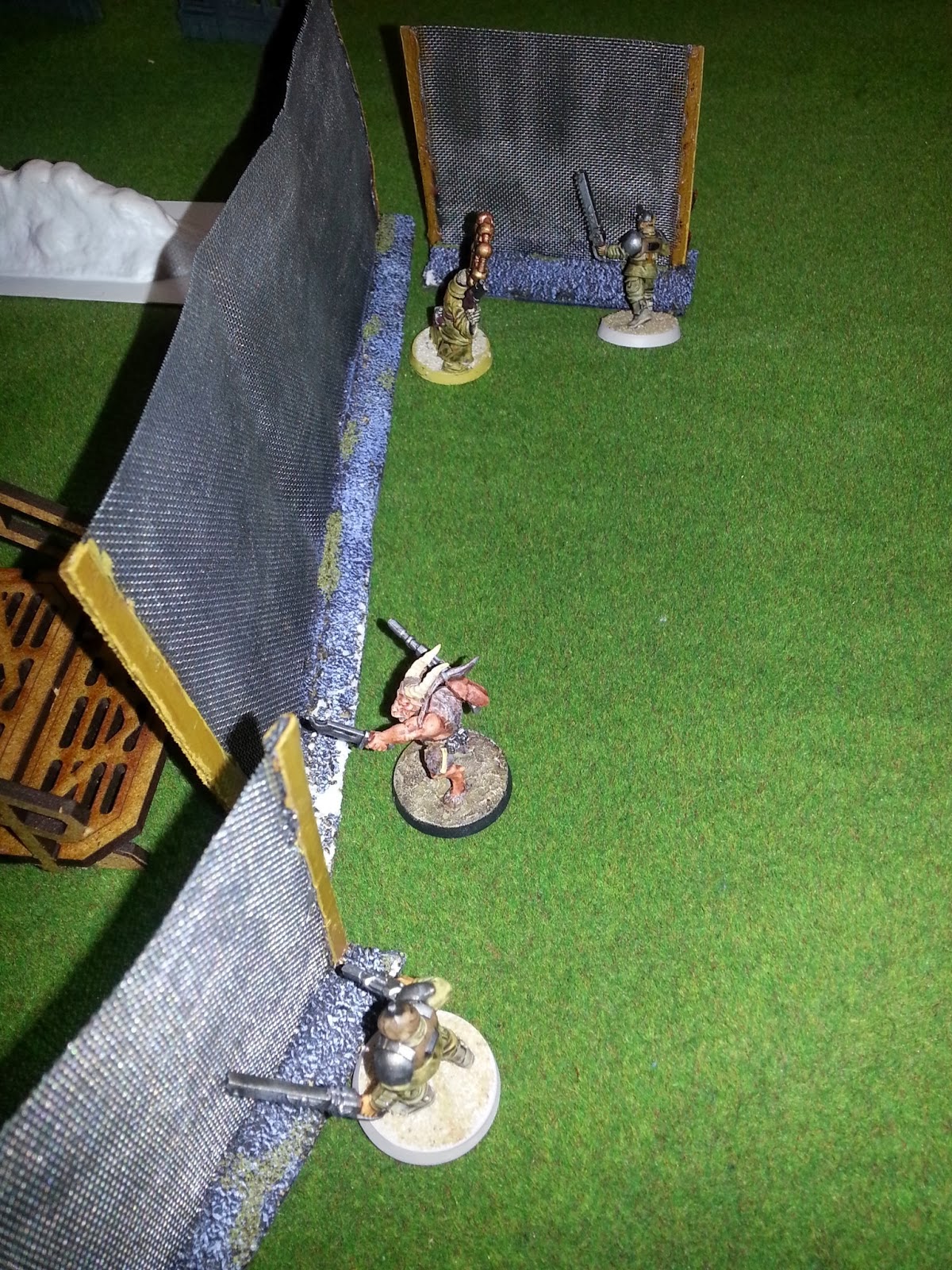 This year, I have tried out Inquisitor 28, picked up (but not yet played) Taban's Eden, learnt Malifaux, and gotten involved in Dark Sphere's 40K slow grow league. I also recently tried Infinity. 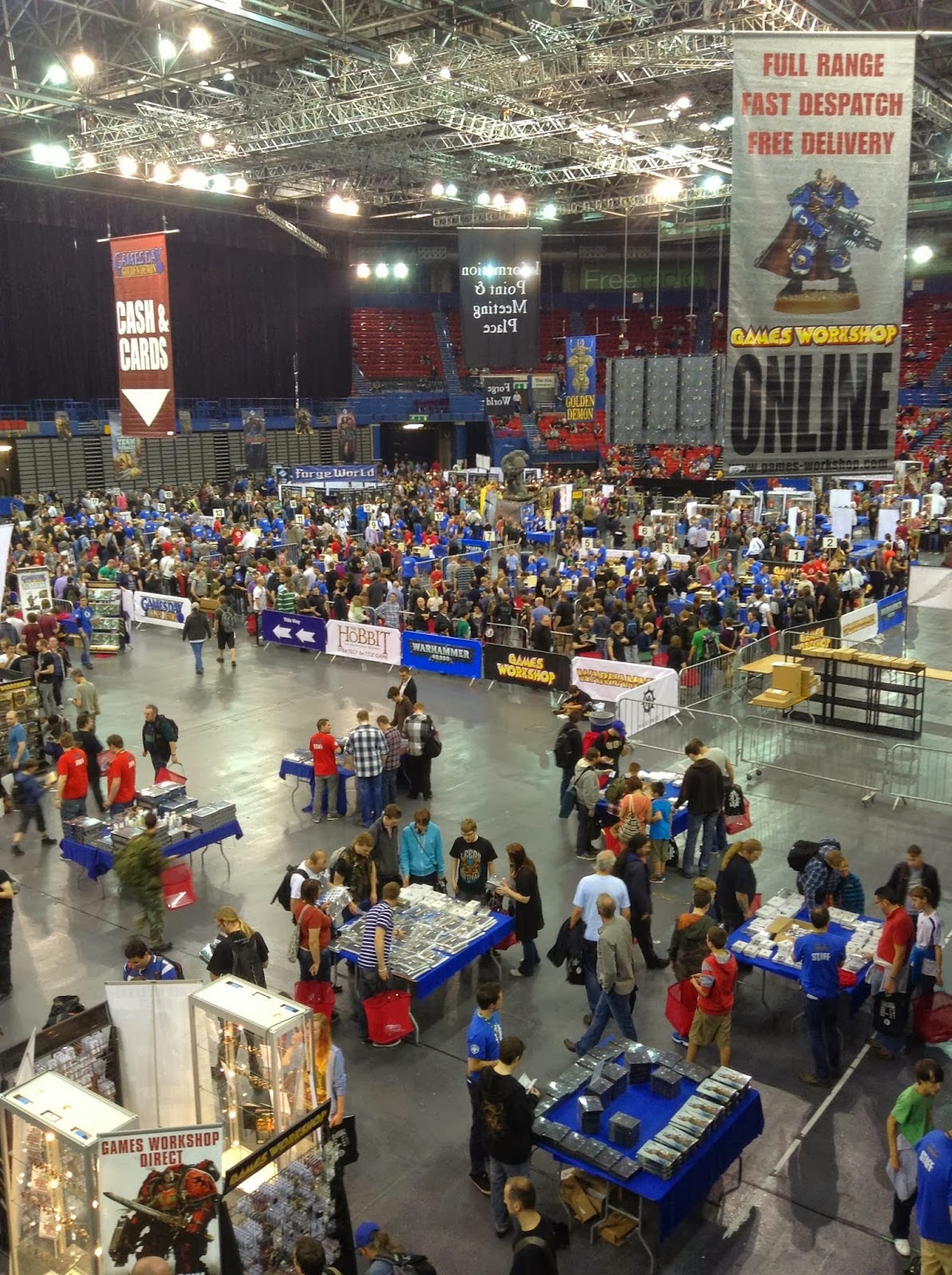 I also hit quite a few events - Salute, Grumpy Old Wargamers, Enter the Citadel and Games Day 2013. The latter, despite a slow start to hits, led to a massive explosion in the number of views I received. Last month had a spectacular 13,619 views. Given that at the start of the month, I hadn't passed the all important 40,000 view milestone (which is now smashed), that's a lot of people coming to have a look. 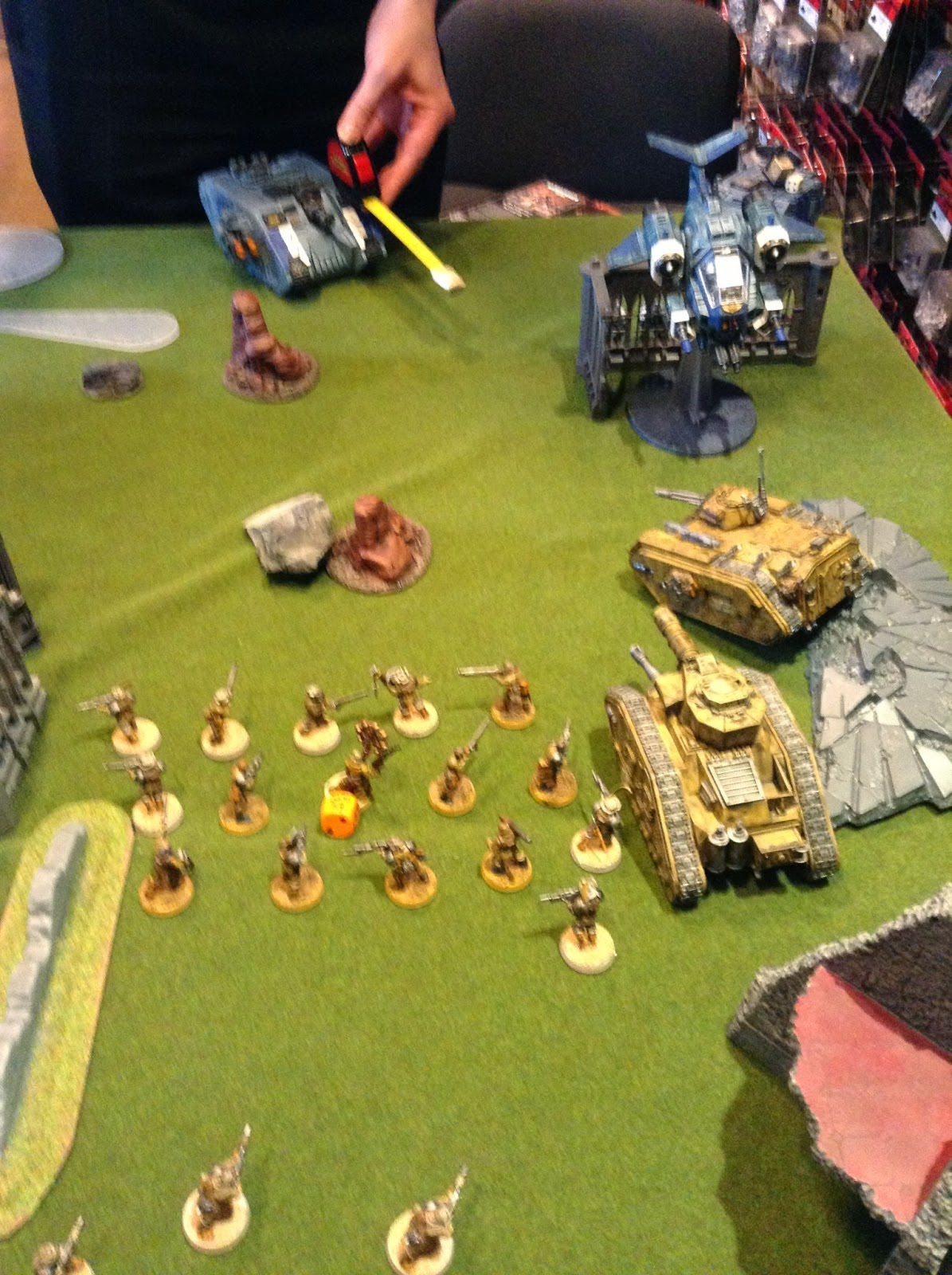 While I've been writing this little retrospective, I've been having a bit of a think about what this blog is. There's a lot of aspects to it. I try and make sure I provide regular content, producing a reasonable amount of readable words and viewable pictures - at least one a week, preferably on Monday. That discipline is something that I hope will stand me in good stead in some future projects.

There's also the community aspect. The Youtubers around Templar's Crusade 01 and Joeyberry seem a little more obvious about their communication with each other than, perhaps, the odd mails or comment exchanges I might have with, say, Headologist, Mordian 7th, Admiral Drax or the indeterminate amount of Zzzzzs . . . But I still don't regard myself as being in the same category as the folk who play Inq28 with JB, for example. 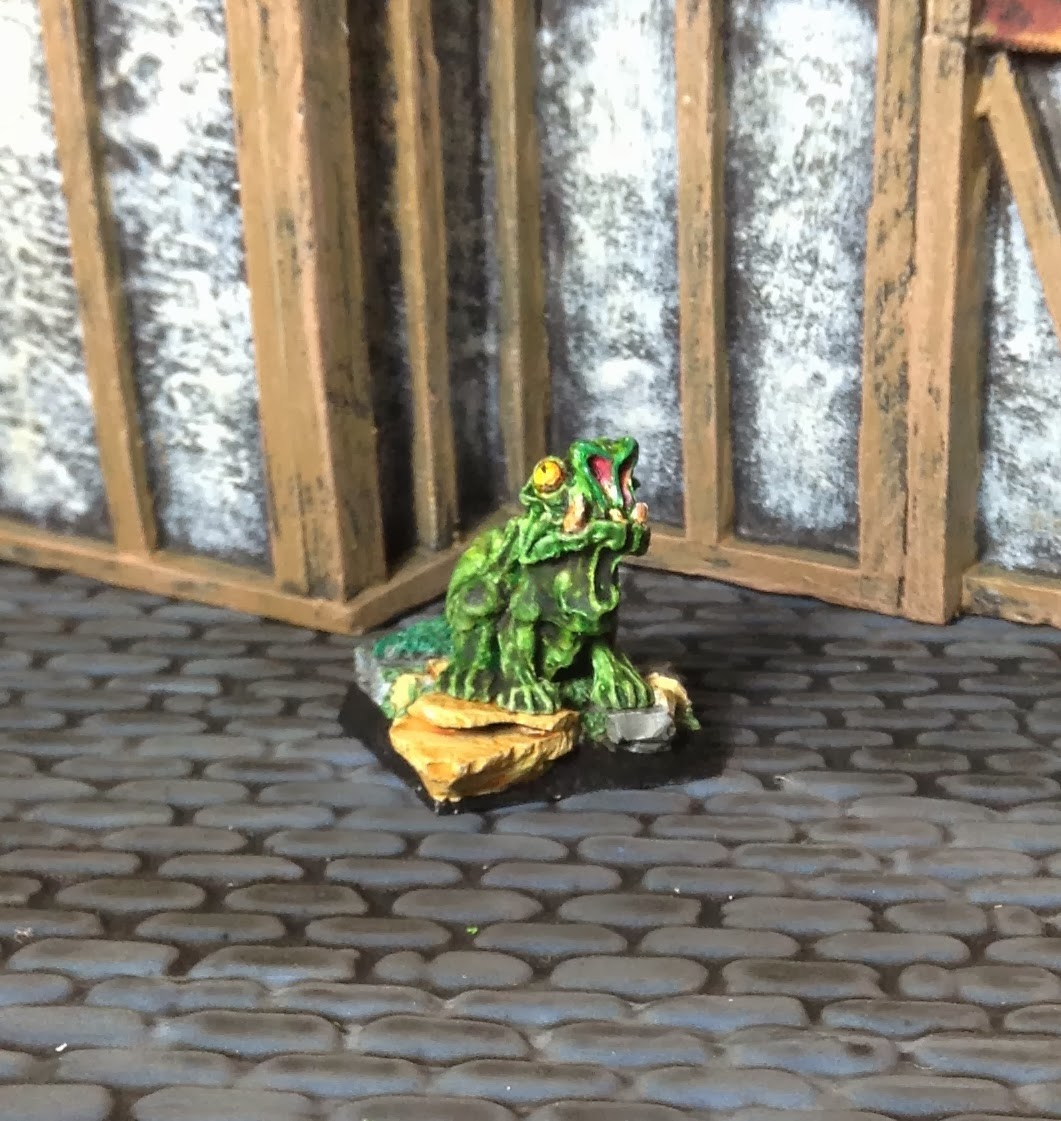 I am very pleased that my painting and miniature photography is now progressing to the point where there are pictures and efforts I've made that I'm really quite proud of. You can see the sort of thing I'm now managing with finished models here.

This remains a personal blog - it mostly consists of painting updates and a few battle reports, but sometimes I come up with articles on other subjects which catch my eye. And these are often some of the things I'm most proud of - so if I'd have to pick out anything for someone new to the blog to go and have a glance over, it'd be these. I'm also often a lot more nervous about them, as they are me expressing an opinion, rather than simply telling people about something I did, or something someone told me.

So, here is my post on the influence of Durer on early Warhammer art, and also my post on why I don't mind, from a setting perspective, Chaos Space Marine leadership.

Oddly enough, quite a lot of my hobby time does end up being about doing things not just for the experience, but also to provide blog content. The blog itself has become, in some ways, quite an integral part of my hobby experience. Given how eclectic the blog is, I'm aware there's a wide range of reasons people will have subscribed, but I am quite curious as to what sort of things people will be interested in the future.

So, I'd like to hear your comments - what bits are your favourites? Is there anything you'd like me to ramble on about? What do you blog for, and how does it interact with your hobby?

It is not often I fish for comments, but it would be nice to see if we can get a discussion going in the comments section this week.
Posted by The Responsible One at 13:43

Email ThisBlogThis!Share to TwitterShare to FacebookShare to Pinterest
Labels: This week, Wife