Work in Progress Wednesdays: Oldhammer, Heresy Miniatures and an Out of Production Mini 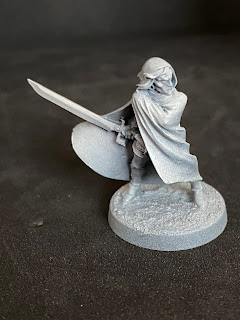 I've been finishing up the prep on an assortment of models I sent off a while back, and it's a bit of an eclectic mix. First up is Aenur, the Sword of Twilight. He was an Elf Ranger for Mordheim who came free with White Dwarf many years ago. He's a lovely sculpt, and I need to look at what he could be in Age of Sigmar before I decide on his paint scheme. 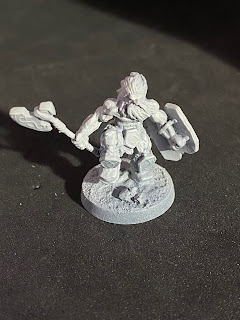 This dwarf berserker was originally made by a small company I found online called The Miniatures Apprentice. I think they're now out of business, sadly. They mostly did sci fi things, but this dwarf was their (only?) fantasy offering. He's a bit chunky, but I love him. 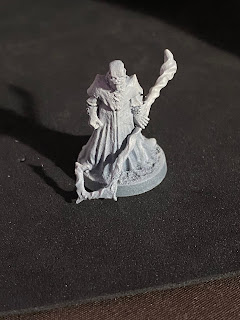 I've had this liche from Heresy Miniatures sitting around for a while. I've had a few miniatures by Heresy assembled over the years but rarely finished them. It doesn't help that a bunch of the older ones I had done on square bases, and I now much, much prefer rounds. I'll probably sell off the square based models and buy a new one from Heresy in those cases. In the meantime, I want to get paint on this creepy boy!
Posted by The Responsible One at 19:00

Email ThisBlogThis!Share to TwitterShare to FacebookShare to Pinterest
Labels: Heresy Miniatures, Oldhammer, The Miniatures Apprentice, to do