Salute 2013: Troublemaker games - Resource Management Steampunk Wargaming. With Martians. (Or: How To Get Money From My Wife) 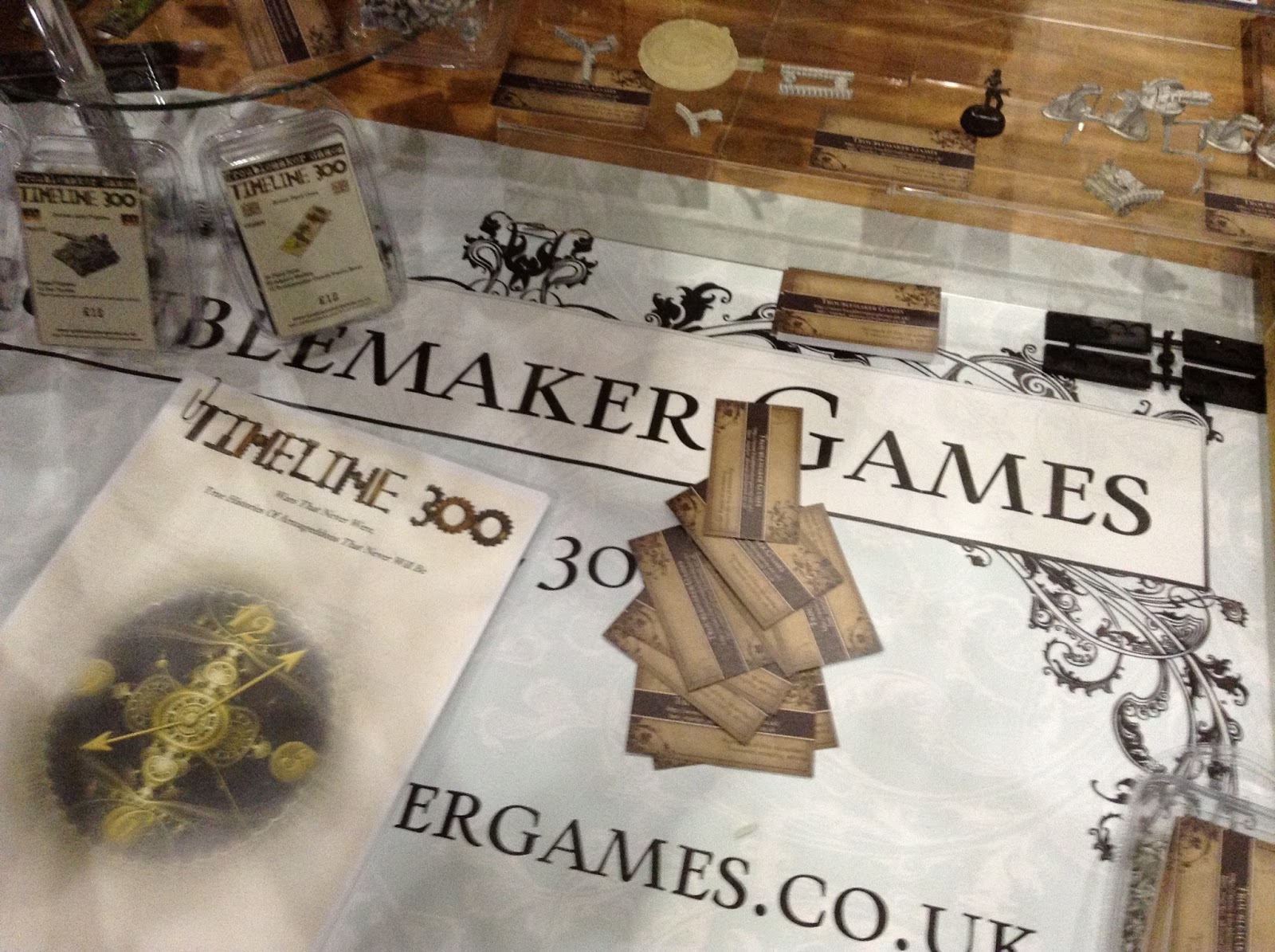 One of the new games that my wife picked up at Salute was a little 10mm game called Timeline 300. It's made by a little company called Troublemaker Games.

Its an alternative history setting, where a mysterious "HGW" has been altering history time and time again to try and avert the end of the world - and this is the events of one of the timelines where he failed.

In it, Steampunk British forces clash with Marxist German Zombies and War of the World style Martian invaders. 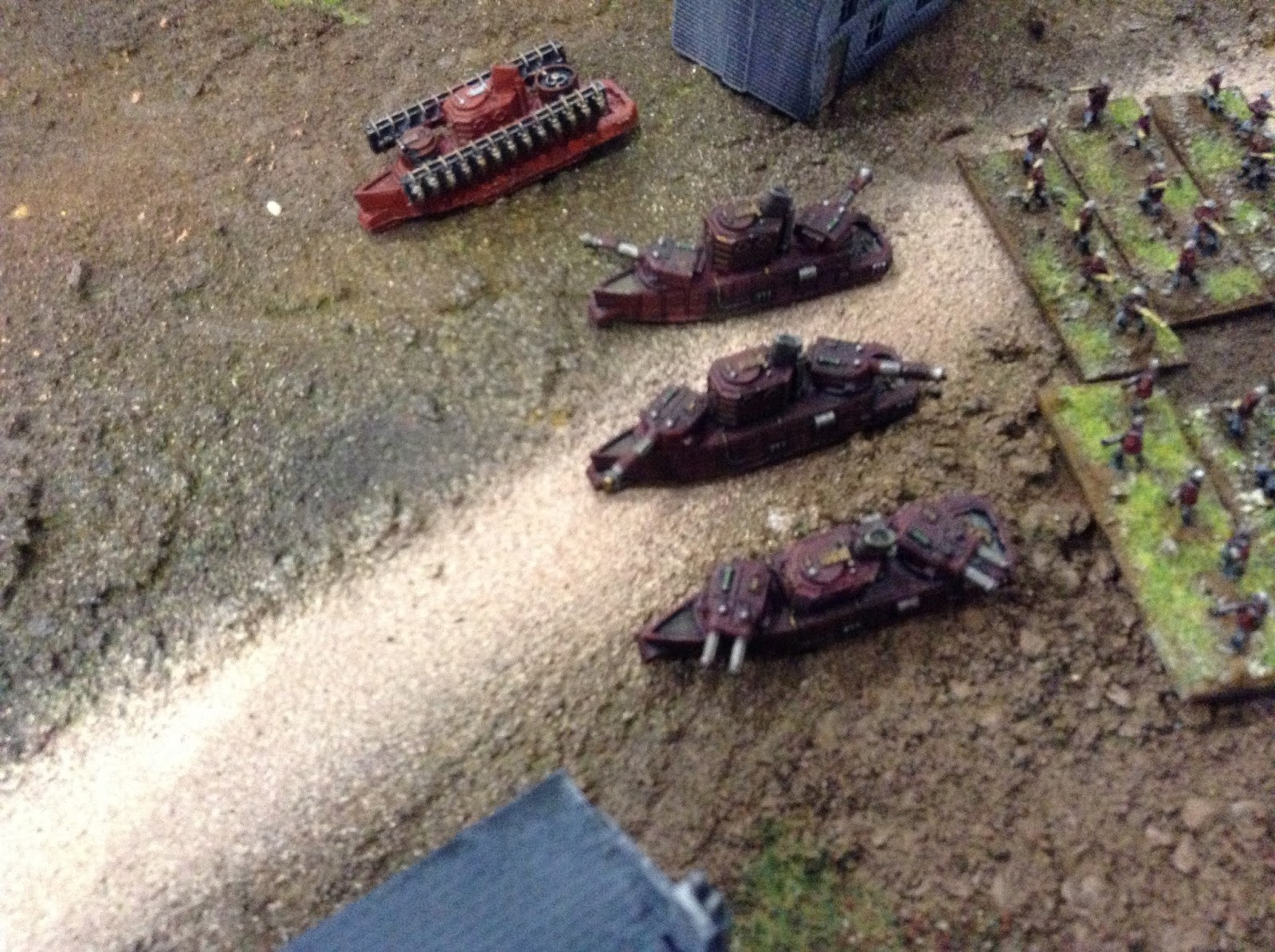 The British forces seem to have the most models at the moment, with a number of different sized land ships. 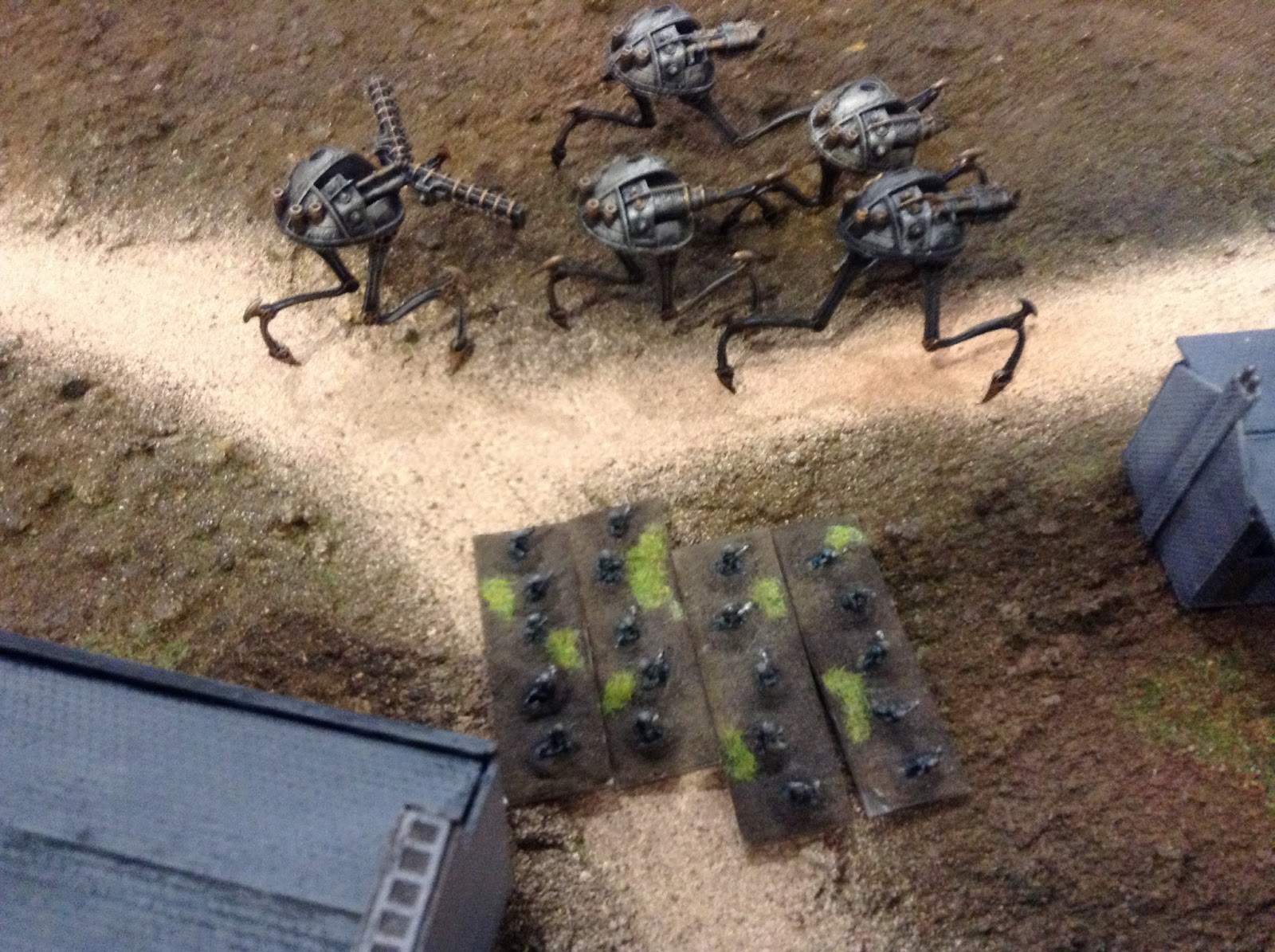 The Martians, however, have awesome looking "War of the Worlds" style walkers. 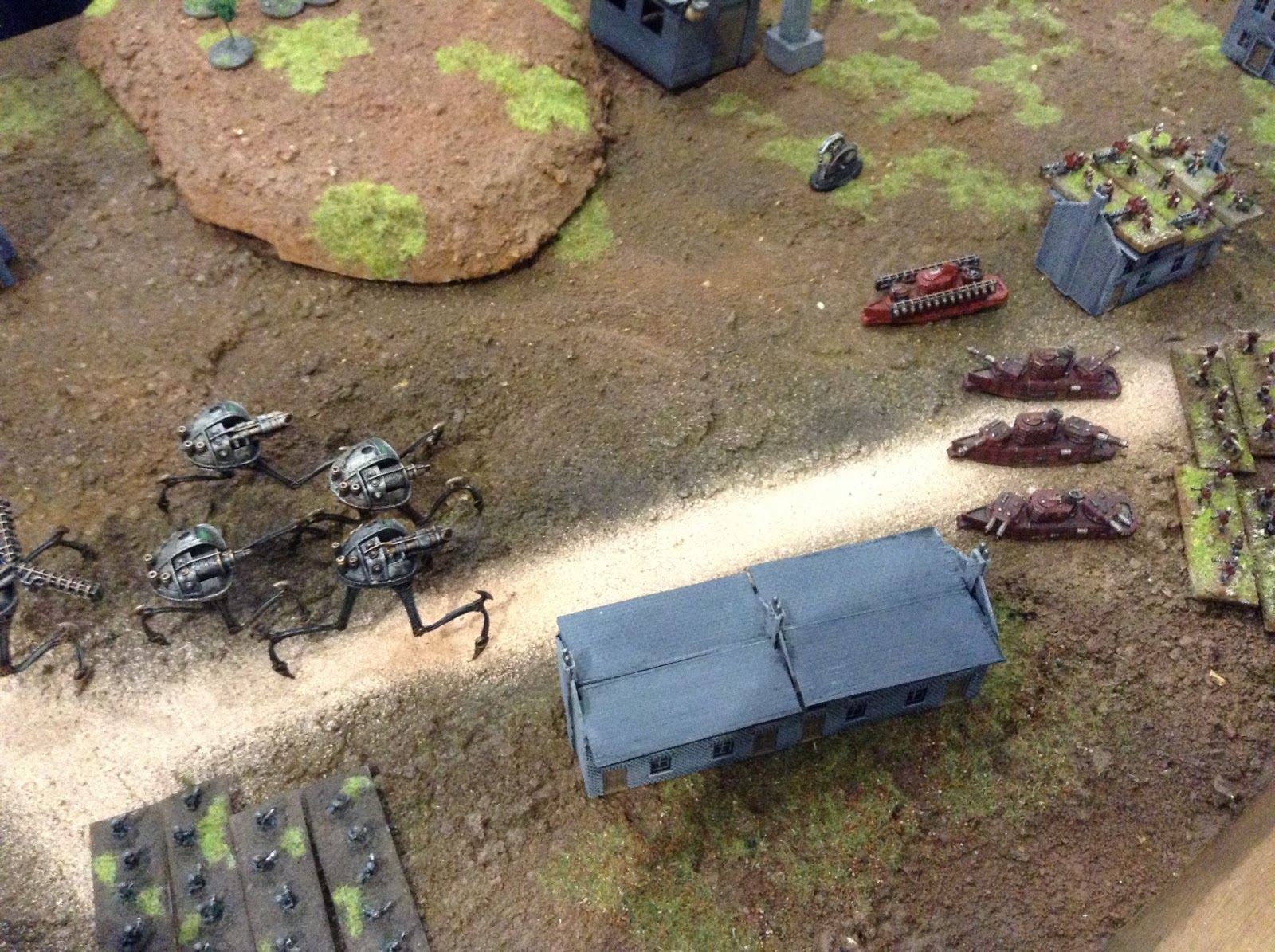 There was a pretty display board set up with some Martians and British Land Cruisers facing off. 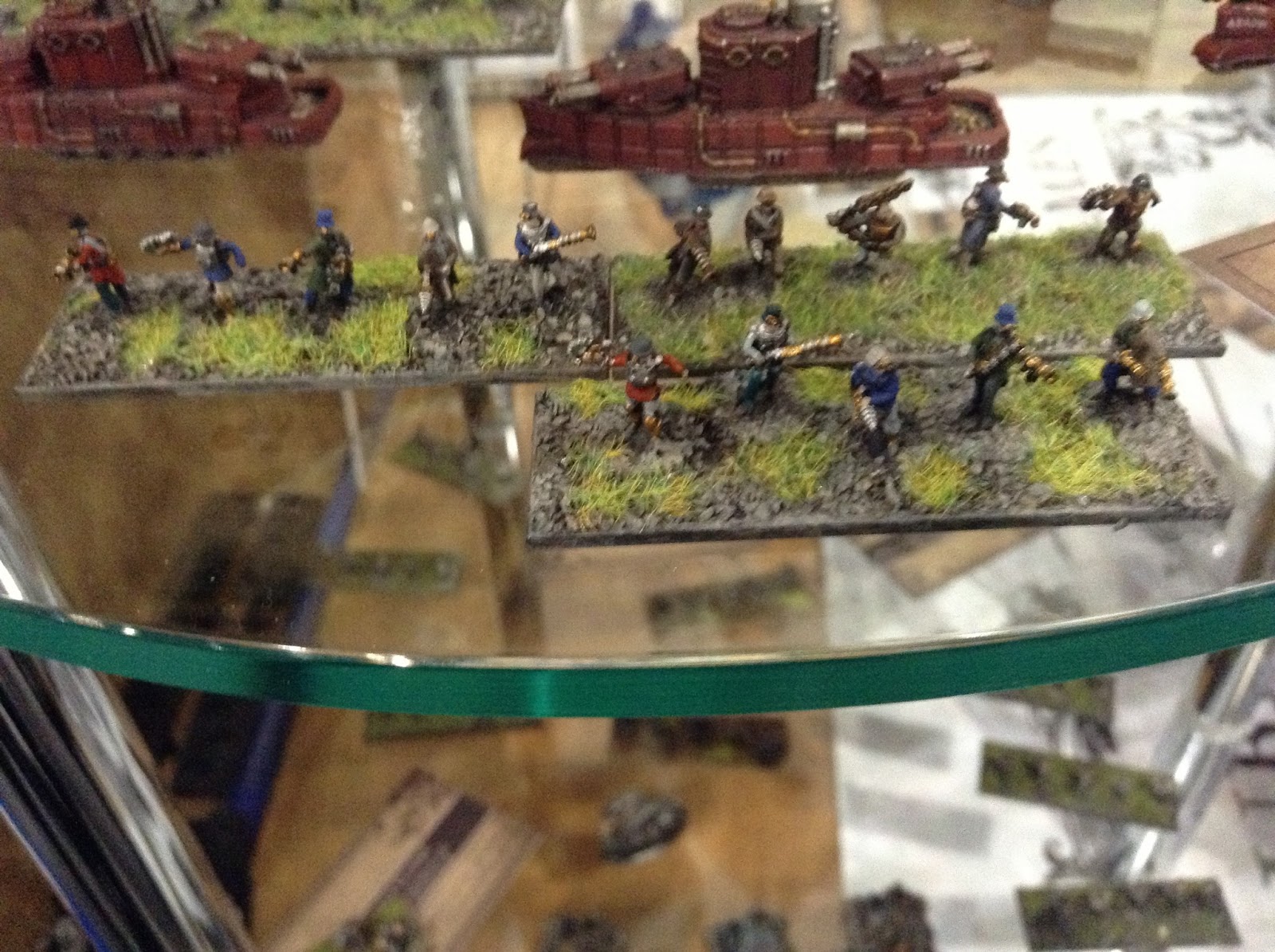 My personal favourite unit: British adventurers - nobles armed with eccentric firearms, chainsaws and who knows what else. 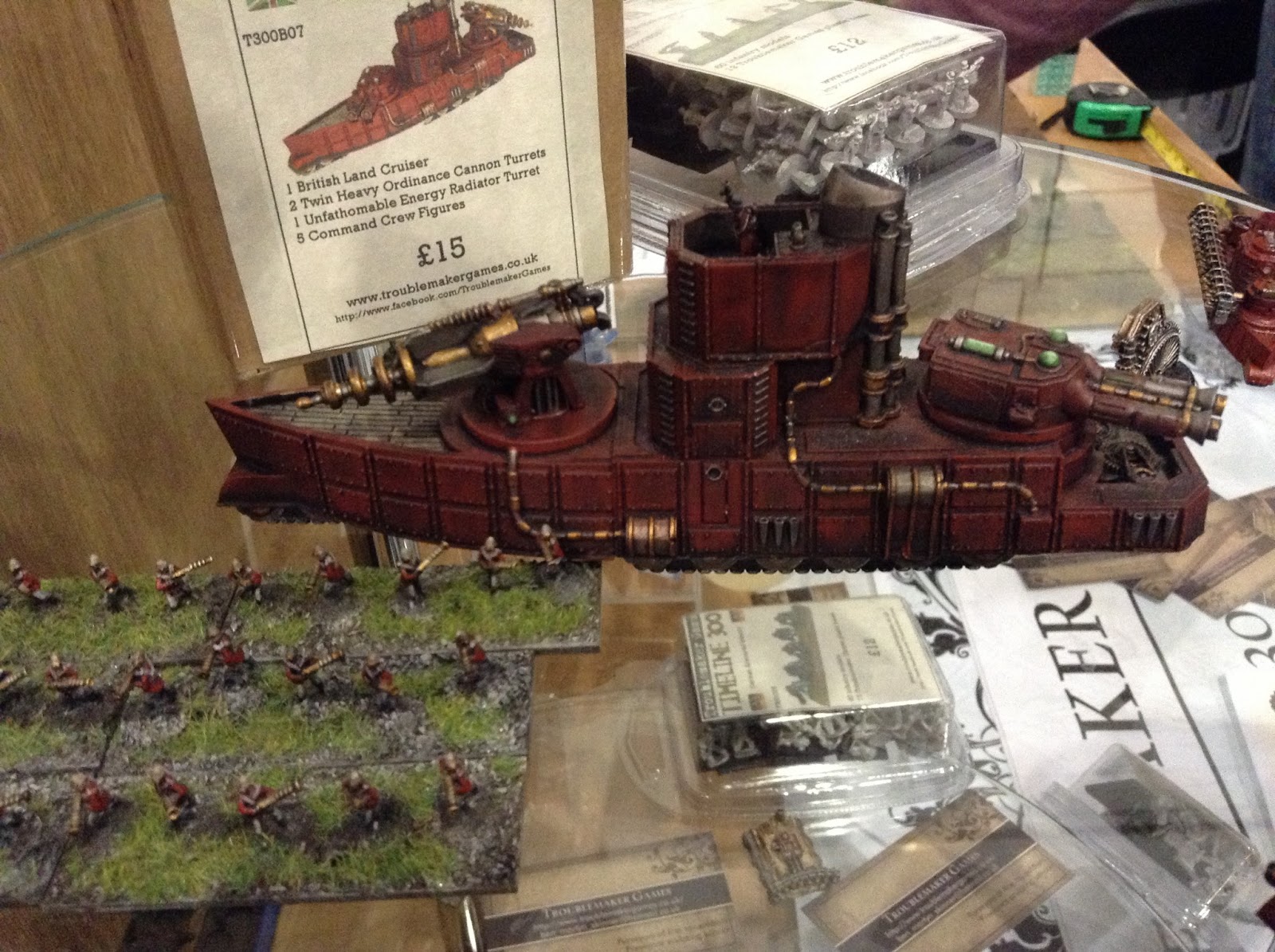 This is the biggest model available at the moment - the British Land Cruiser. Troublemaker are hoping that if they make enough money from Salute, they can make similar sized models for the Germans and the Martians. Good luck to them! 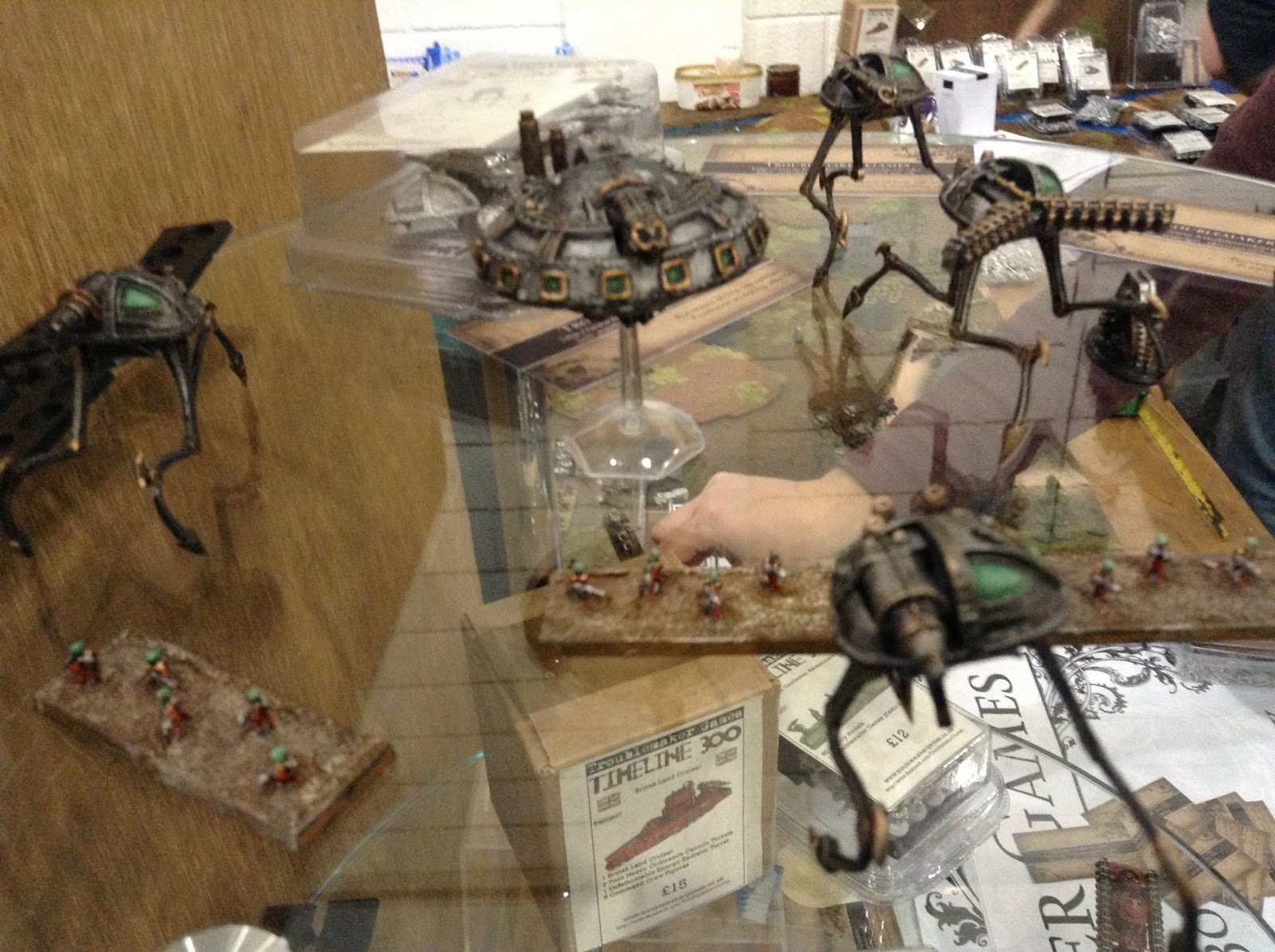 The Martians also have flying saucers, which are armed with the deadly "Black Smoke". 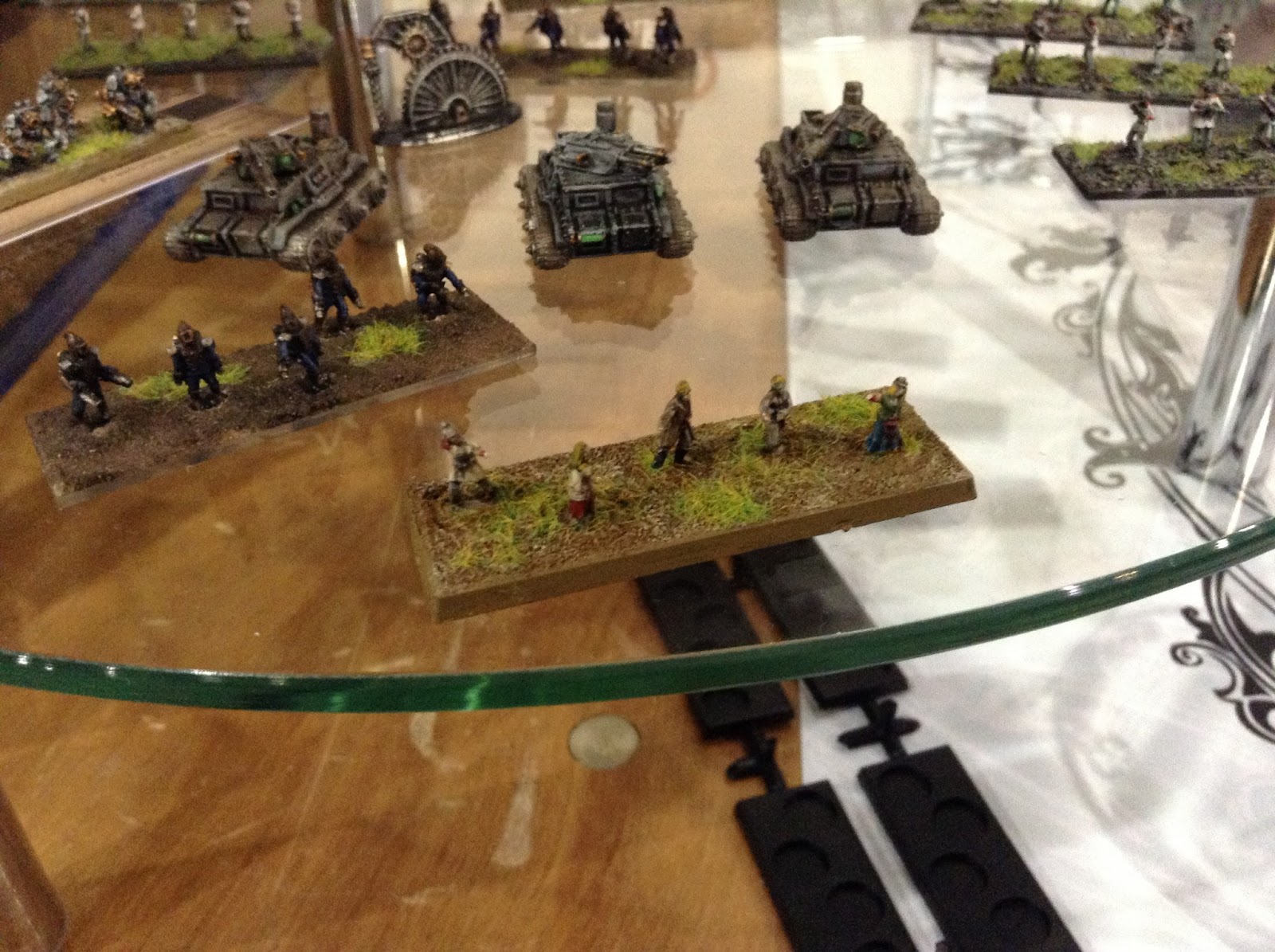 German Zombies - because they love their country, and President Marx so much - sometimes they come back to continue to serve! 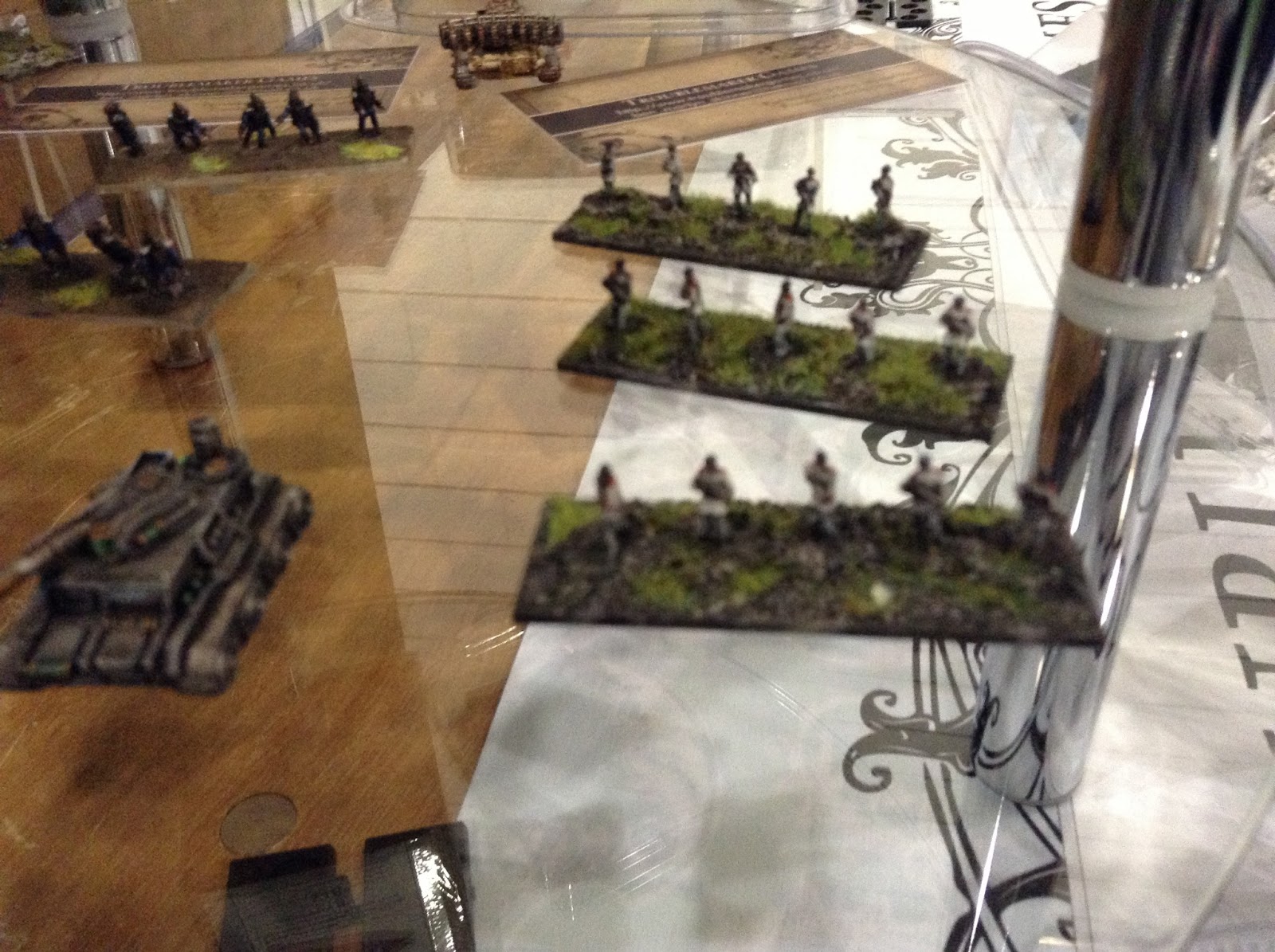 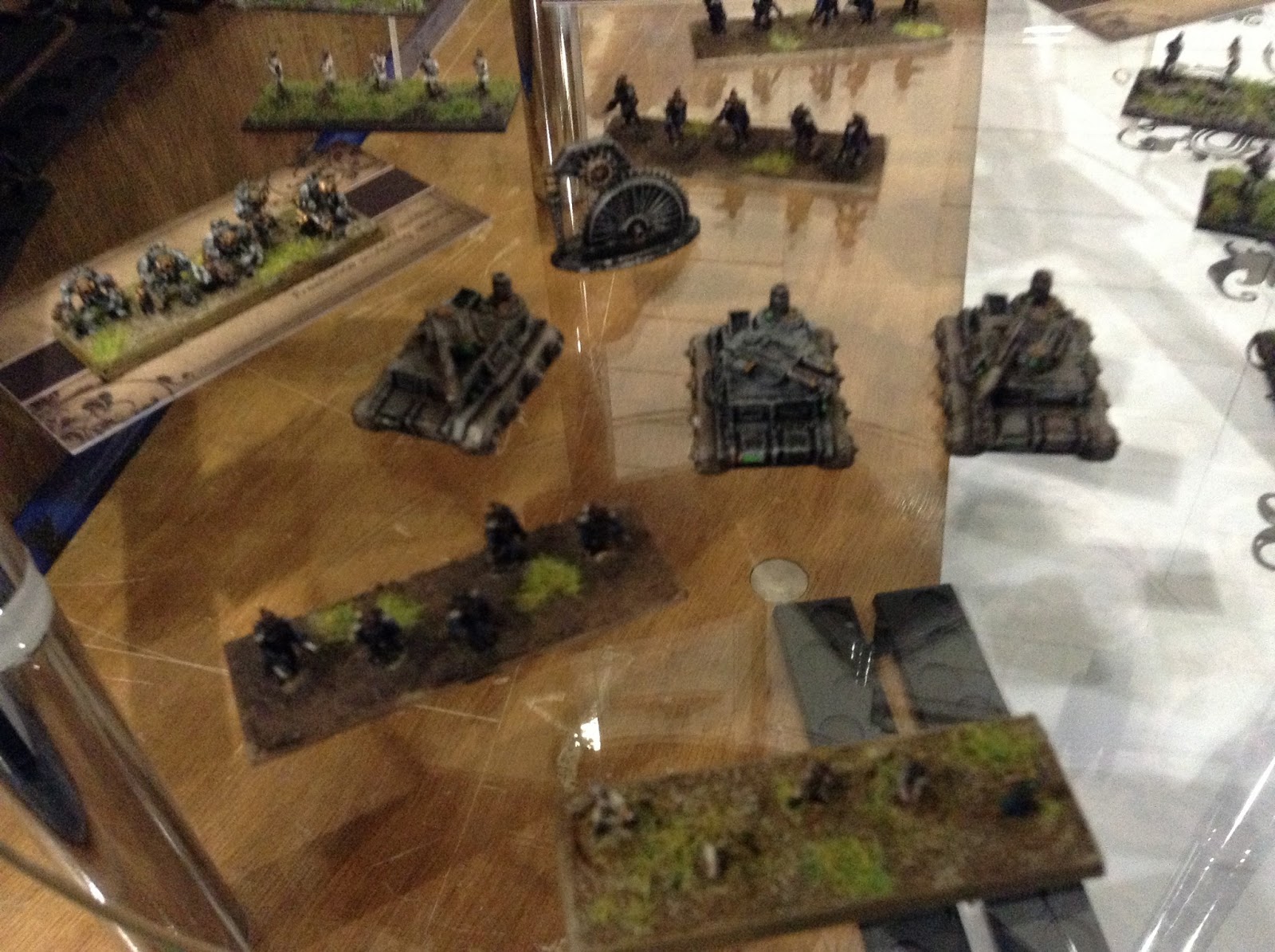 German tanks. Now, the interesting thing about this game is that it's a resource management game - it's about controlling the coal mines on the board and  teleporting new units onto the battlefield. 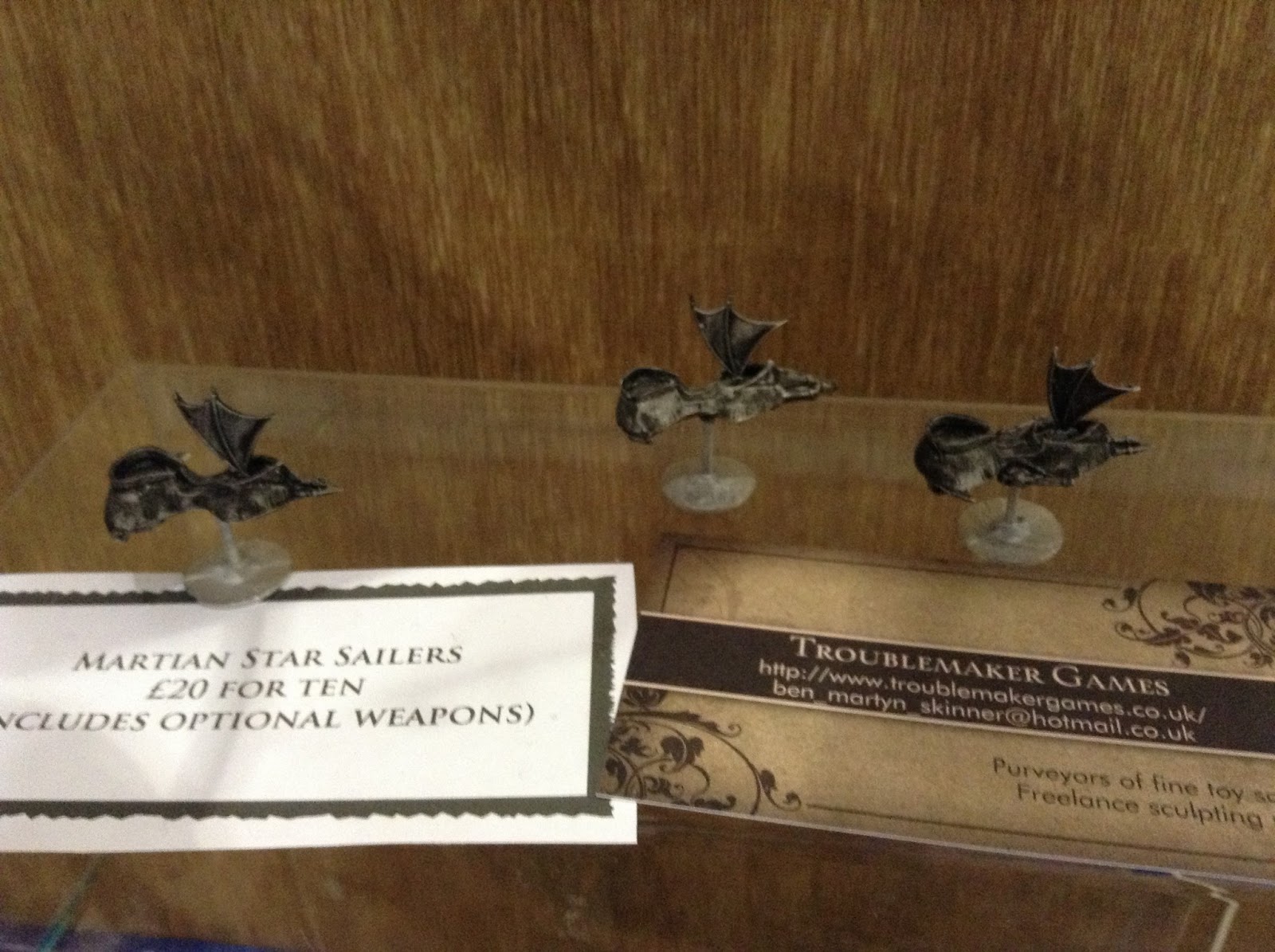 These are new models! So new, I can't find them in the rulebook or on Troublemaker's website... Its not often I get 'exclusives' (although yes, they were at Salute, I've not found anyone else talking much about them on the internet yet - technicalities count, right?)...

As you may have guessed from the title, Troublemaker parted my wife with a good chunk of her hard earned money - she has two armies so other people can play, too. Once we've got them painted and assembled, I'll report back - but it may be a while, we have a lot of things to go through!
Posted by The Responsible One at 23:44