Well, I managed to get a little bit of painting and assembly done this weekend. 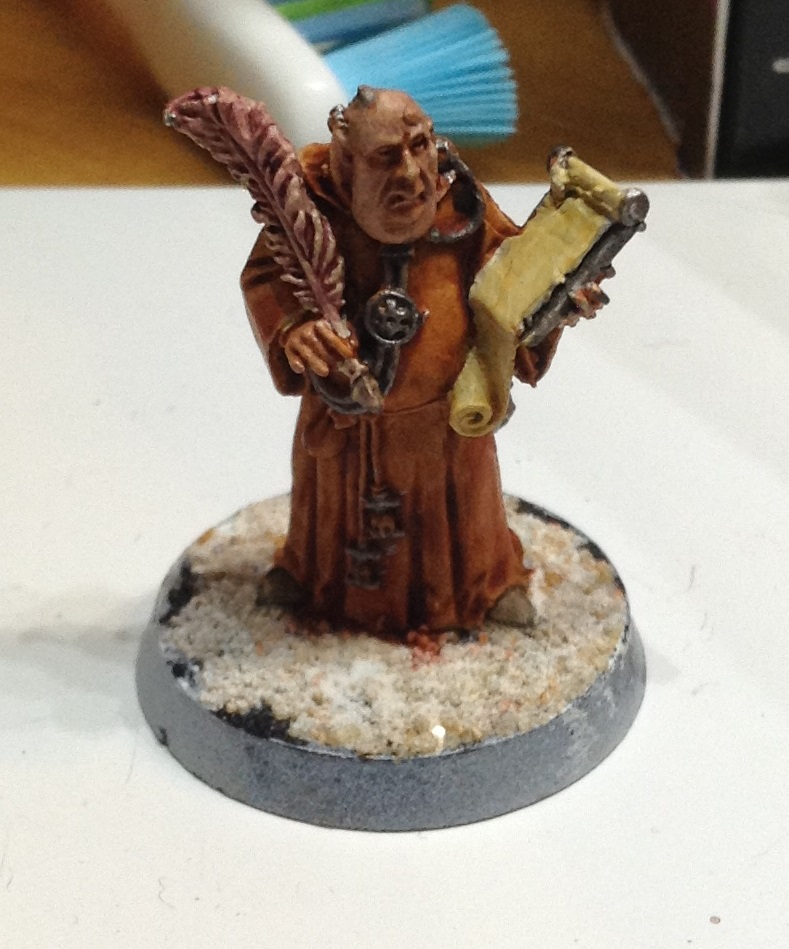 Here's the progress on my scribe. I've started inking his scroll and metal, along with his shoes, and playing around with some colours on his quill. I haven't decided whether the lump on his head is going to be a metal stud or a boil... Its a hard choice. 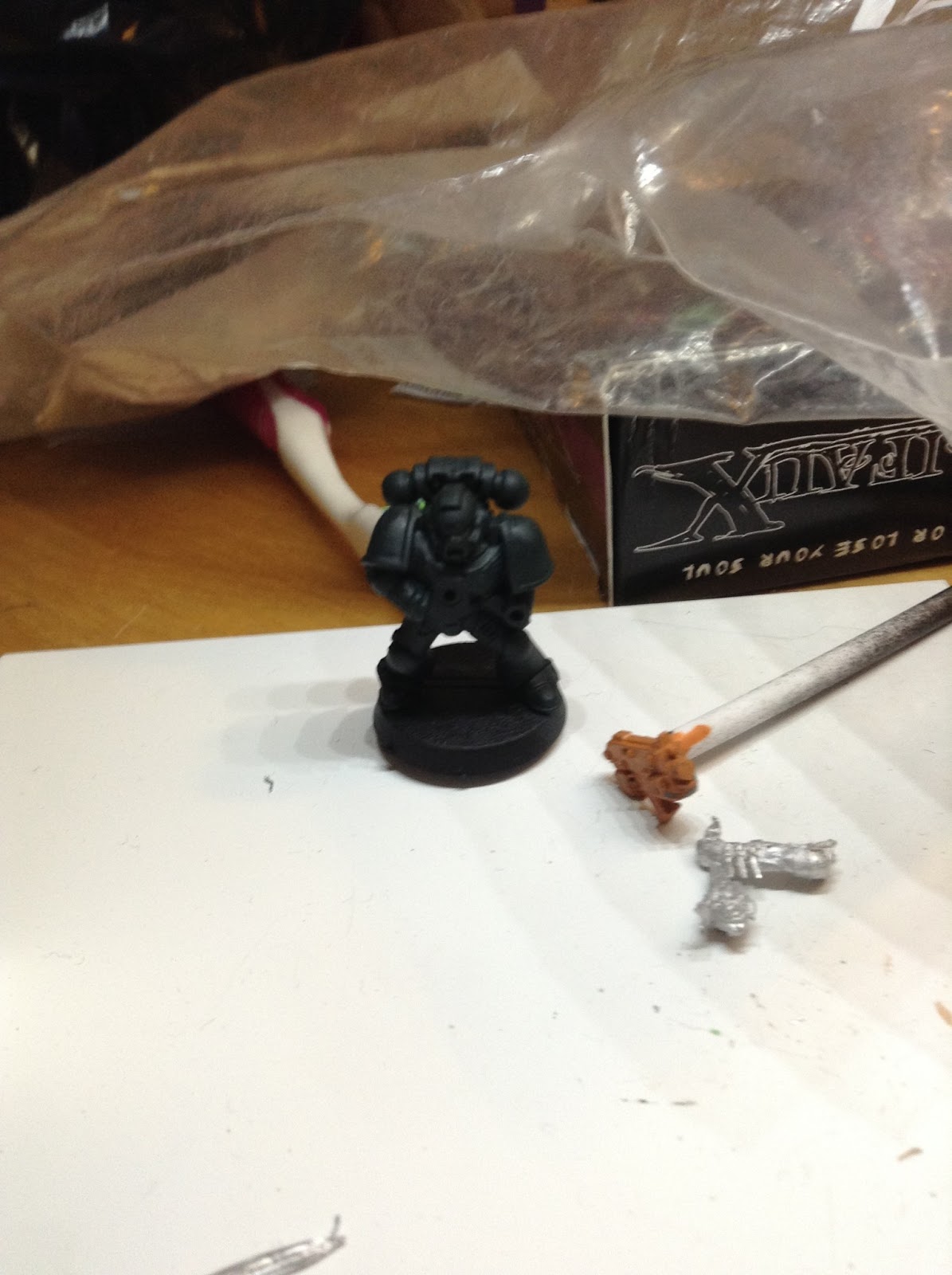 I've started working on my Dark Angel test Marine. I was thinking it was going to base somewhere nearer Castellan Green, to get closer to the colours on the front of the 40K book, but after a lot of comparisons, it seems the darkest spots are much closer to Caliban, and I'll be building up from there.

The Bolter, I'm taking a different approach on. I'm basing in Jokaero Orange, then darkening down with lots of red and black washes to get the colour I'm looking for. 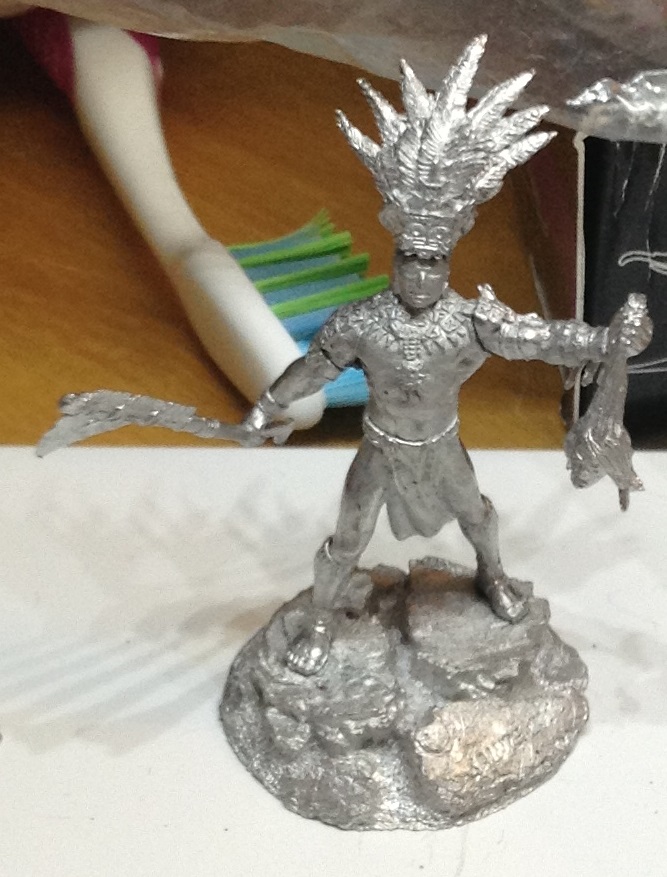 And finally, the Salute Mayan. Words cannot describe how much of a pain he was to assemble. His very thin arms and weapon are cast in a very malleable metal, which bends incredibly easily. Trying to get the joins to stick, even with Zap super-glue, often resulted in them bending and having to be bent back - the head-dress took multiple attempts, in particular! Finally, there's a blasted ponytail on the miniature, which has a tiny join to the main model that is a fraction of a millimeter.

Still, he is now in one piece! I undercoated him this evening, as there was a break in the weather. He still needs a few spots of liquid green stuff on some of his joints, especially his left arm which is very obvious. I'm really loving the challenge of this model - its so very different from anything I've really done before. Wish me luck!
Posted by The Responsible One at 22:52