So, I managed to find the time to fit in another Infinity game at 200 points against the Combined Army.

This time around, I was curious about hacking. So I took an Interventor as my Lieutenant, and two Securitate, as they carry repeaters as standard. Sadly, as it turned out, I never really got a chance to learn about hacking, but it was still an interesting game.

I did play this game a whole long time ago, so I'm not sure I remember what on earth I was doing! I'm still using proxy models, so I have trouble after a long break between playing the battle and writing the battle report remembering what model is what! 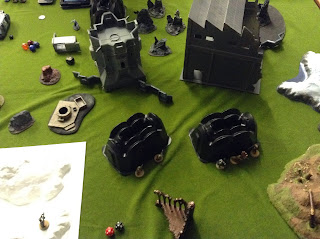 The psyker was my hacker, the grenade launcher to the bottom left was the Reaktion Zond and the medic is the paramedic... The rest of the models were Moderators and the other Securitate. 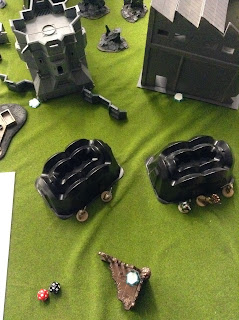 Under camo markers, I put the sniper at the back, a mine by the bunker, and the Zero sneaking about over on the right. I didn't know at this point that you had to put the mine close to the minelayer, so whoops! 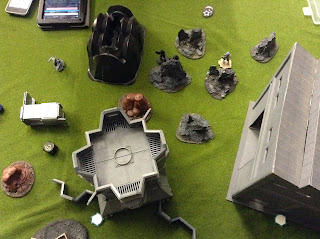 Here you see the Combined Army. with a Charontid on their right flank, and Morat on their left flank in a fire team. 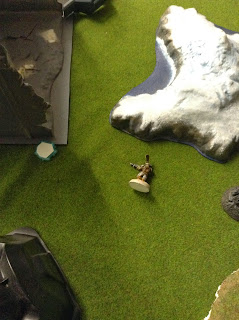 I ran a model up the right flank to try and get a good shot at the Morat team, but . . . whoops! 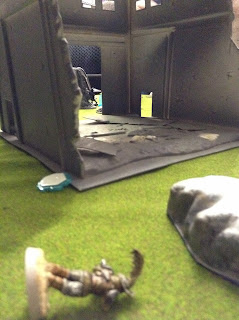 It turned out that one of the Morat had a line of sight and gunned down the flanking chap. 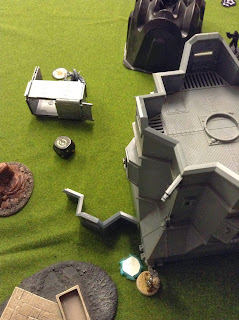 The Spitfire ran up and unleashed a volley of fire on the Charontid, which took a hit - and I then discovered that some models have multiple wounds... 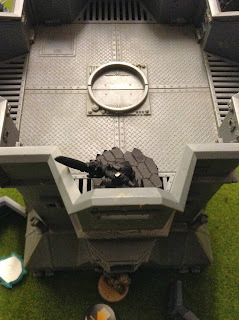 Then some sneaky swine dropped out of total camouflage. 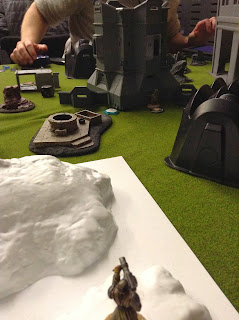 The Reaktion Zond tried to take out the sniper... 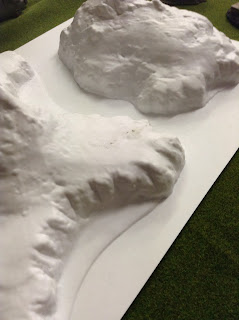 But was itself destroyed! 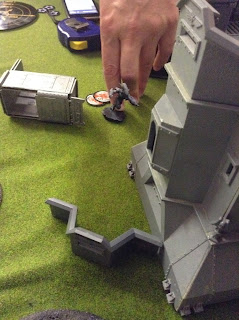 Another wound off the Charontid? Who managed that? 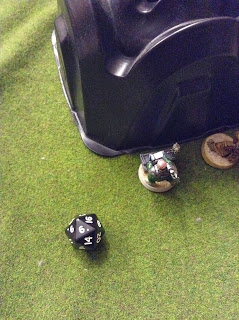 This paramedic, with a critical! Go team! 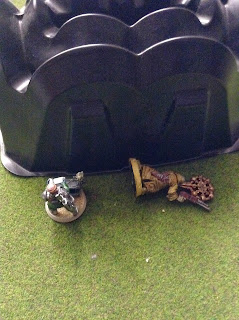 He survives the blast, but the Lieutenant bites the dust. This was an important learning experience for me as I realised how dangerous blasts were! 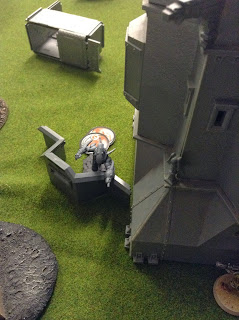 The Charontid advanced up, confident in its ability to weather the remaining fire... 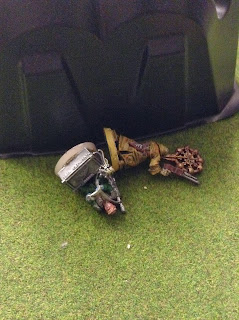 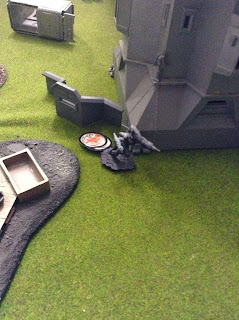 And the Charontid advances further, taking out the Spitfire armed trooper - he just won't die! 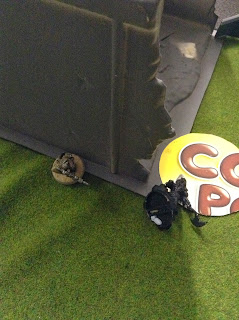 Although the Zero managed to hold his own against a trooper trying to get close to him through smoke...

But at this point, I had so few troops left, it was clear the skirmish was over. I was without a Lieutenant, broken, and with hardly any models left. The bloodied survivors fled the field, leaving the sector to the aliens.
Posted by The Responsible One at 13:36