What have I been doing during the Christmas break?

It is sometimes a good thing that I take photos of all the hobby work I do, because I sat down to write this post and suddenly had absolutely no idea what I've been doing. 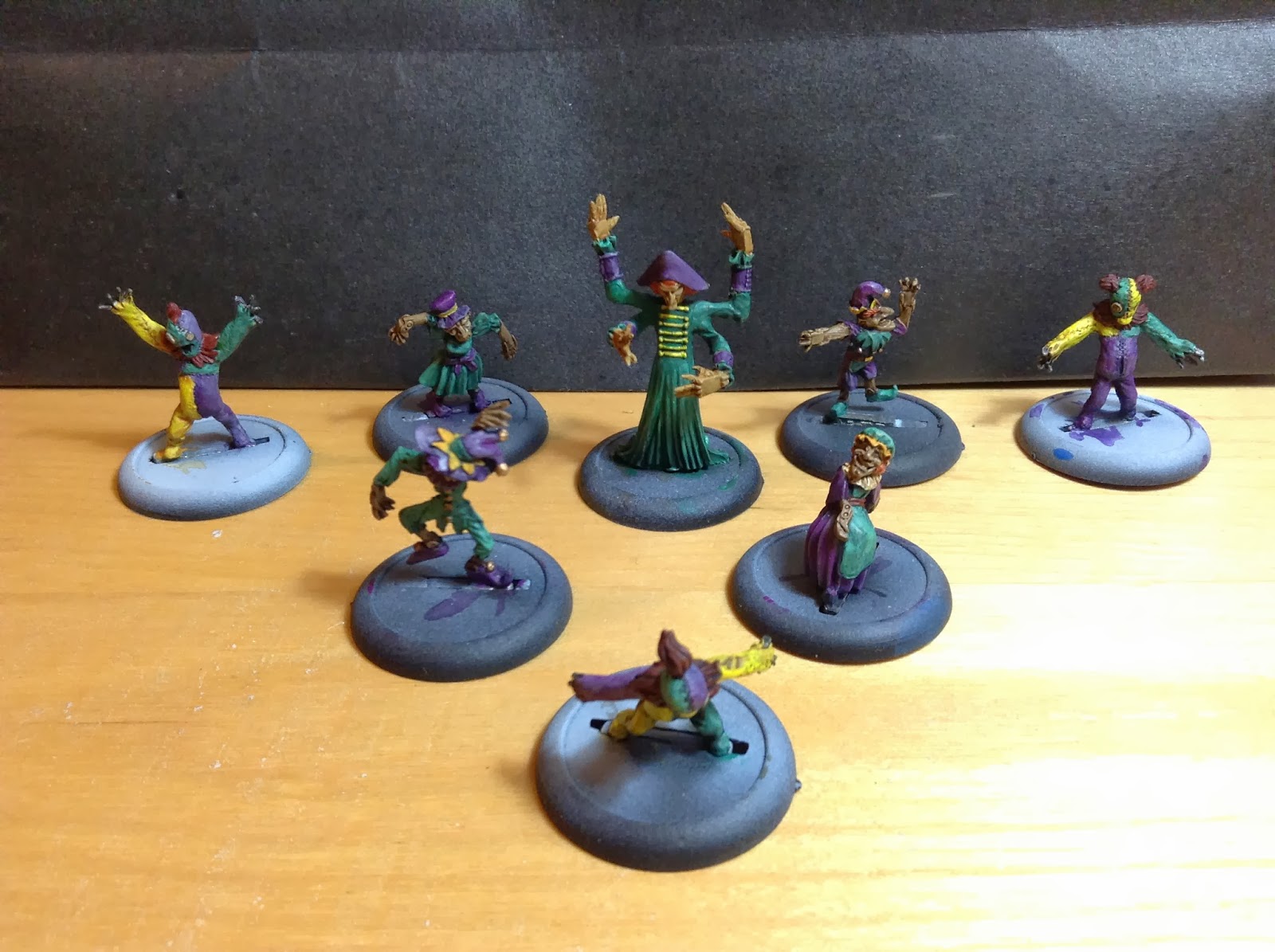 I finally finished painting my Collodi crew - all that's left now is to base them up. I may even get in a game of Malifaux 2e at some point! 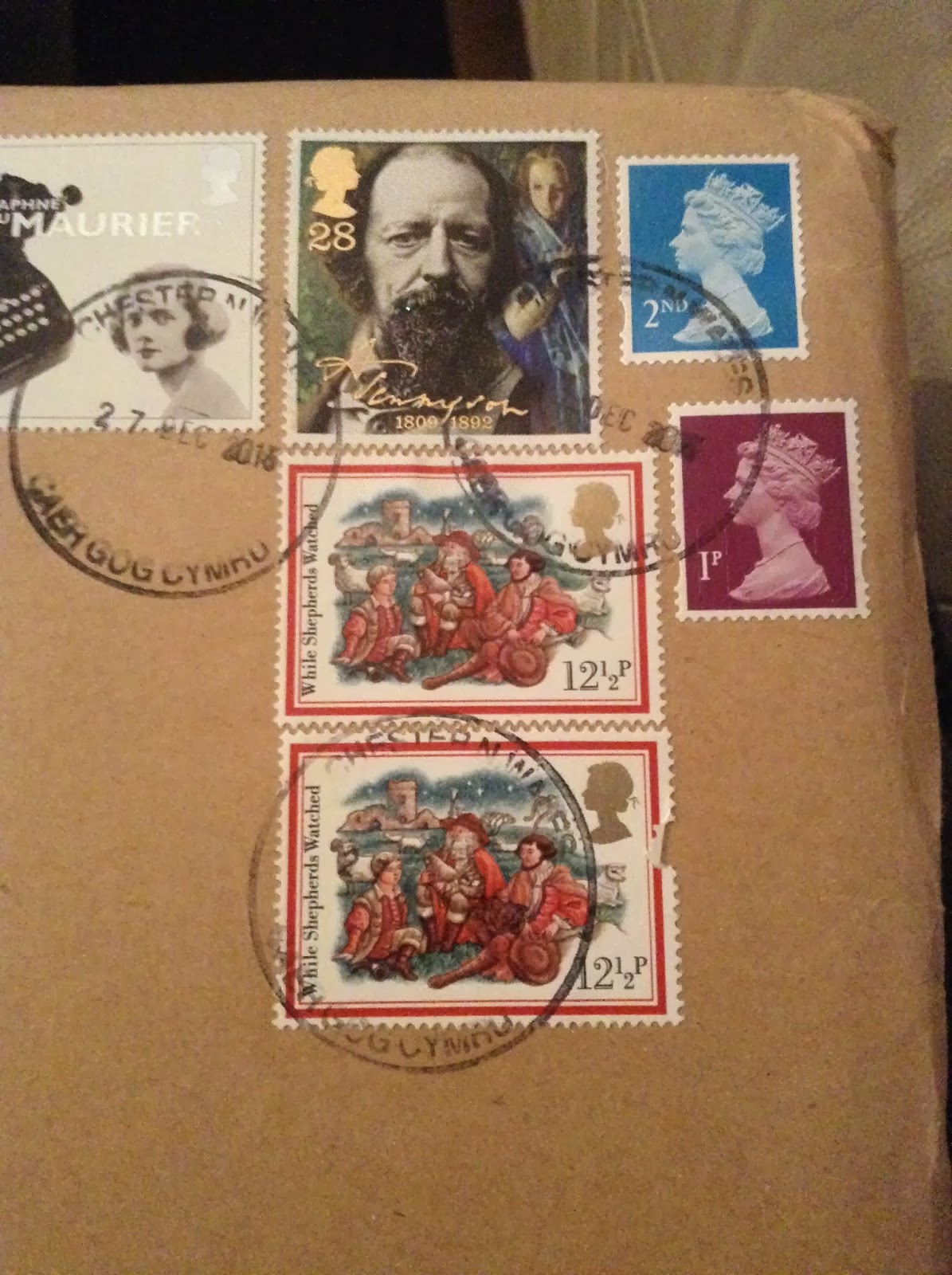 I purchased some old White Dwarf magazines from ebay (they may at some point be a future article). However, it has been pointed out to me that my sender may be somewhat of a time traveller - the 12½p Christmas stamp from 1982 was suspicious, but not a give-away - until a good friend of mine pointed out that the package was postmarked 27 December 2016. 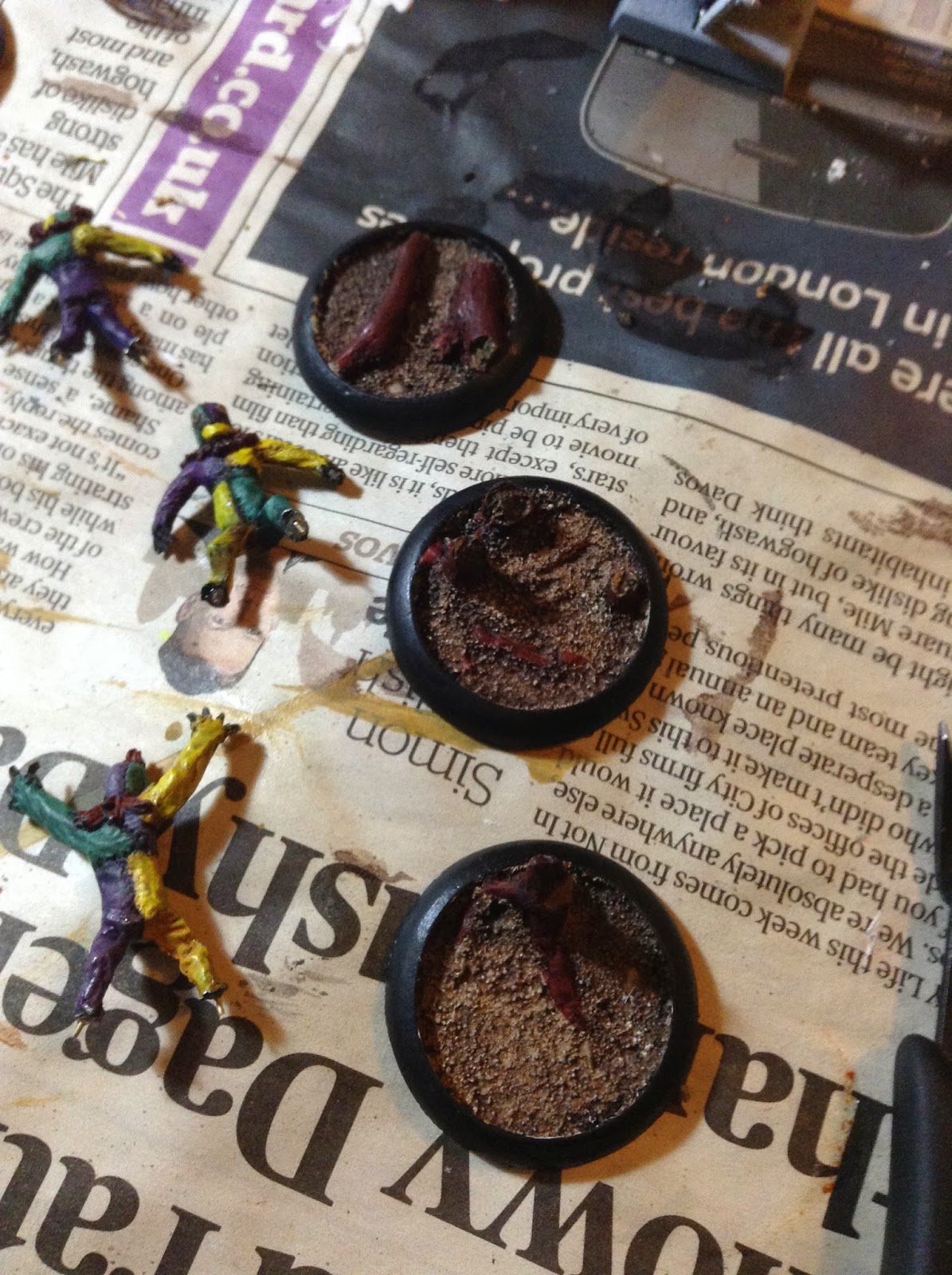 I've also started learning how to use my wife's new Dremel, and have started the process of pinning the Collodi crew. The end is in sight with them, and I am so pleased. They may not be done in time for the New Year, but if so, that's mostly now because of the time needed to leave them drying in between different processes and jobs. 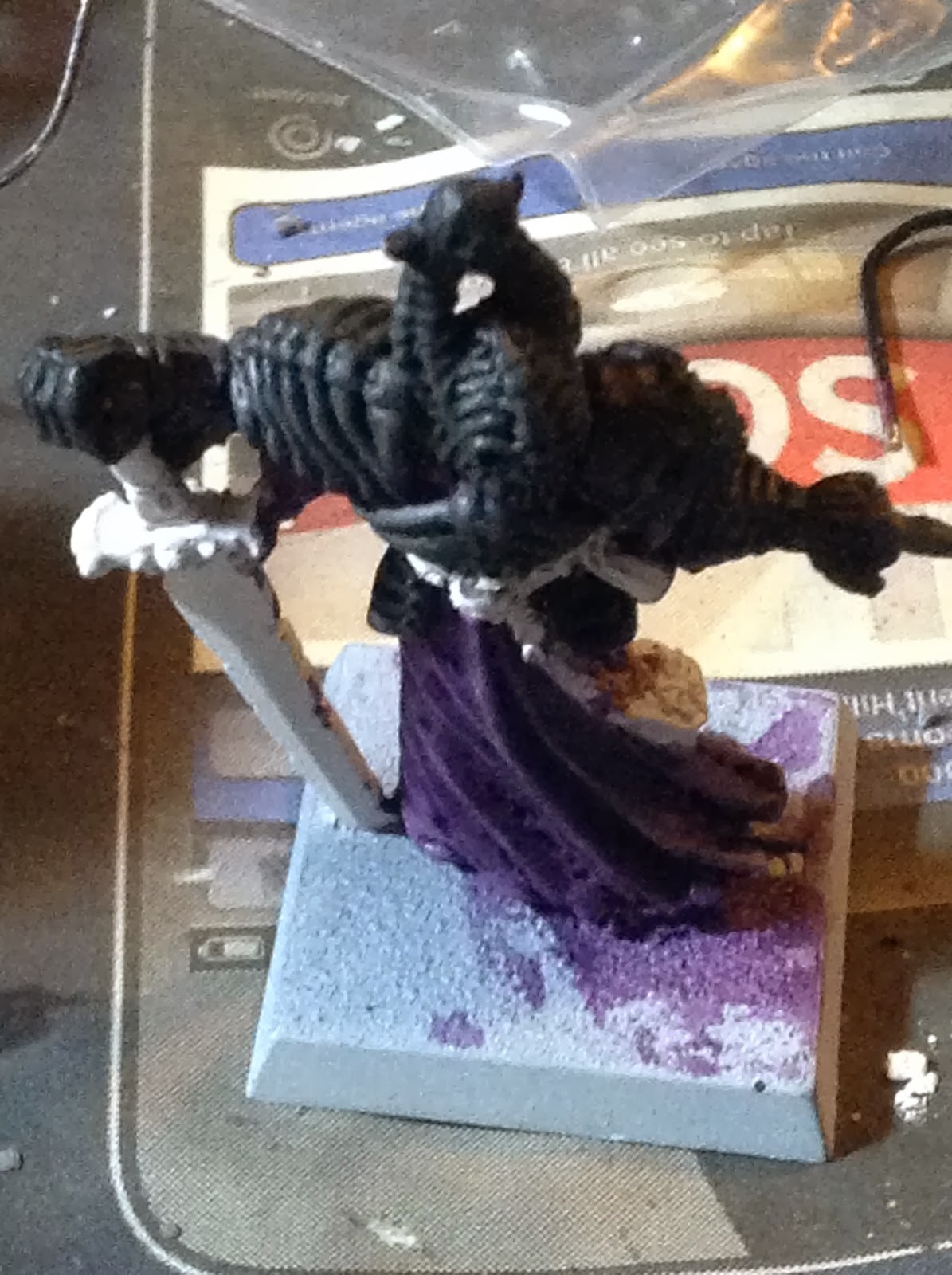 I haven't gotten back to this chap yet, but I dug him out from a transport case in the hope of actually doing something with him in the coming days as I wait for glue and / or water effects to dry... 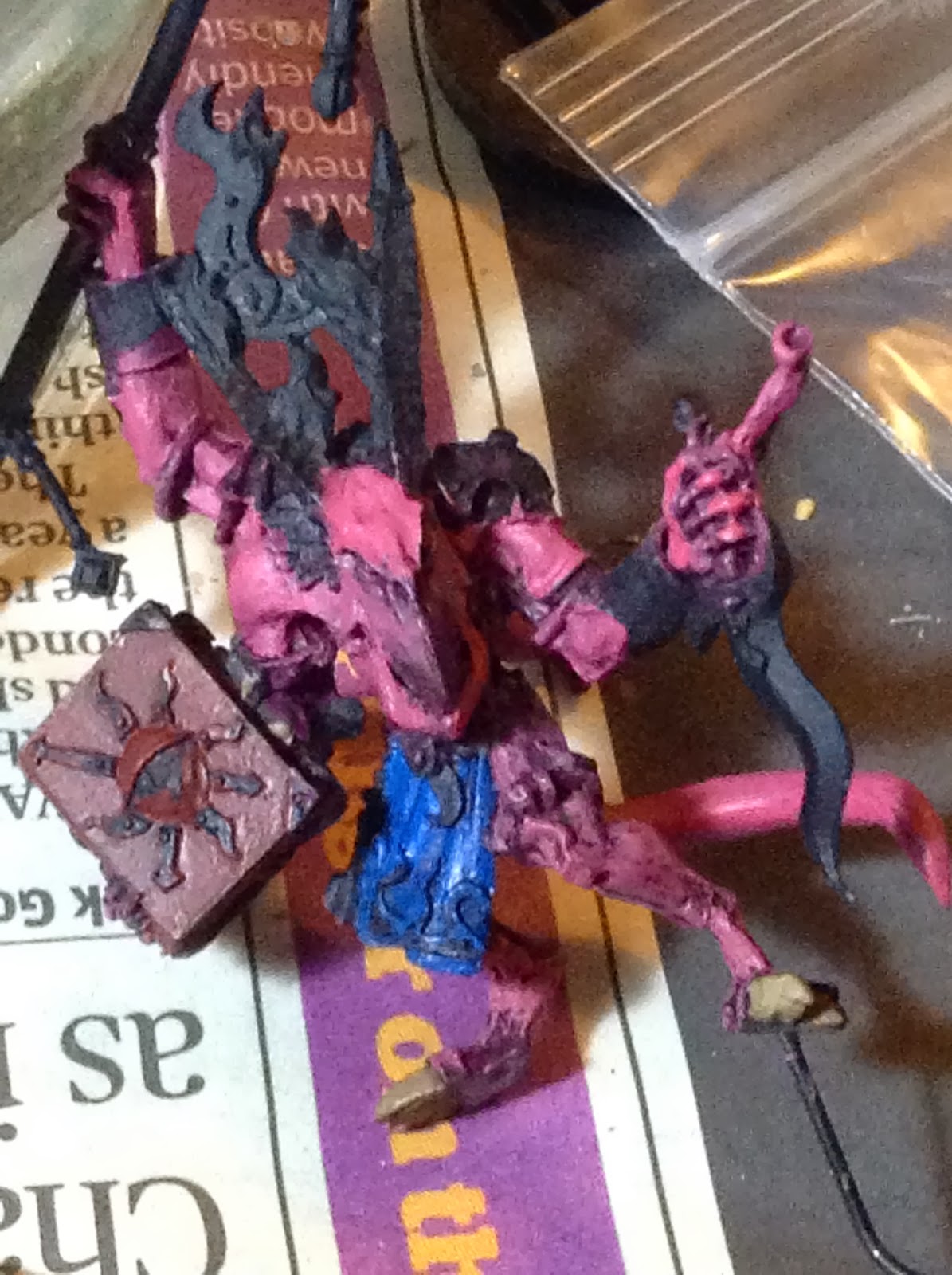 The Tzeentch Herald is finally starting to gain some colours and I'm feeling like progress is restarting with him. 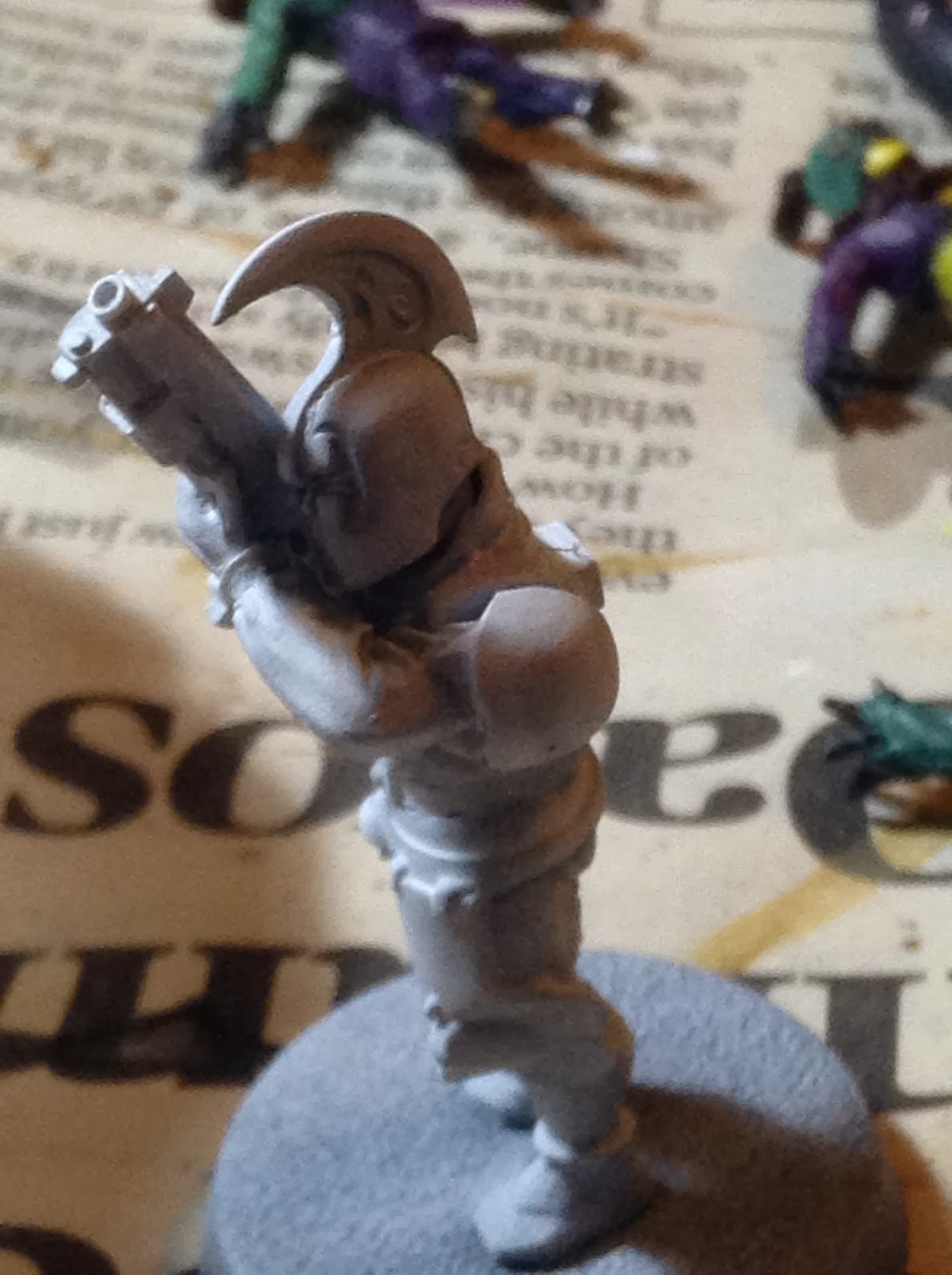 There was a break in the weather, so I got my Arbitrator kitbash undercoated. 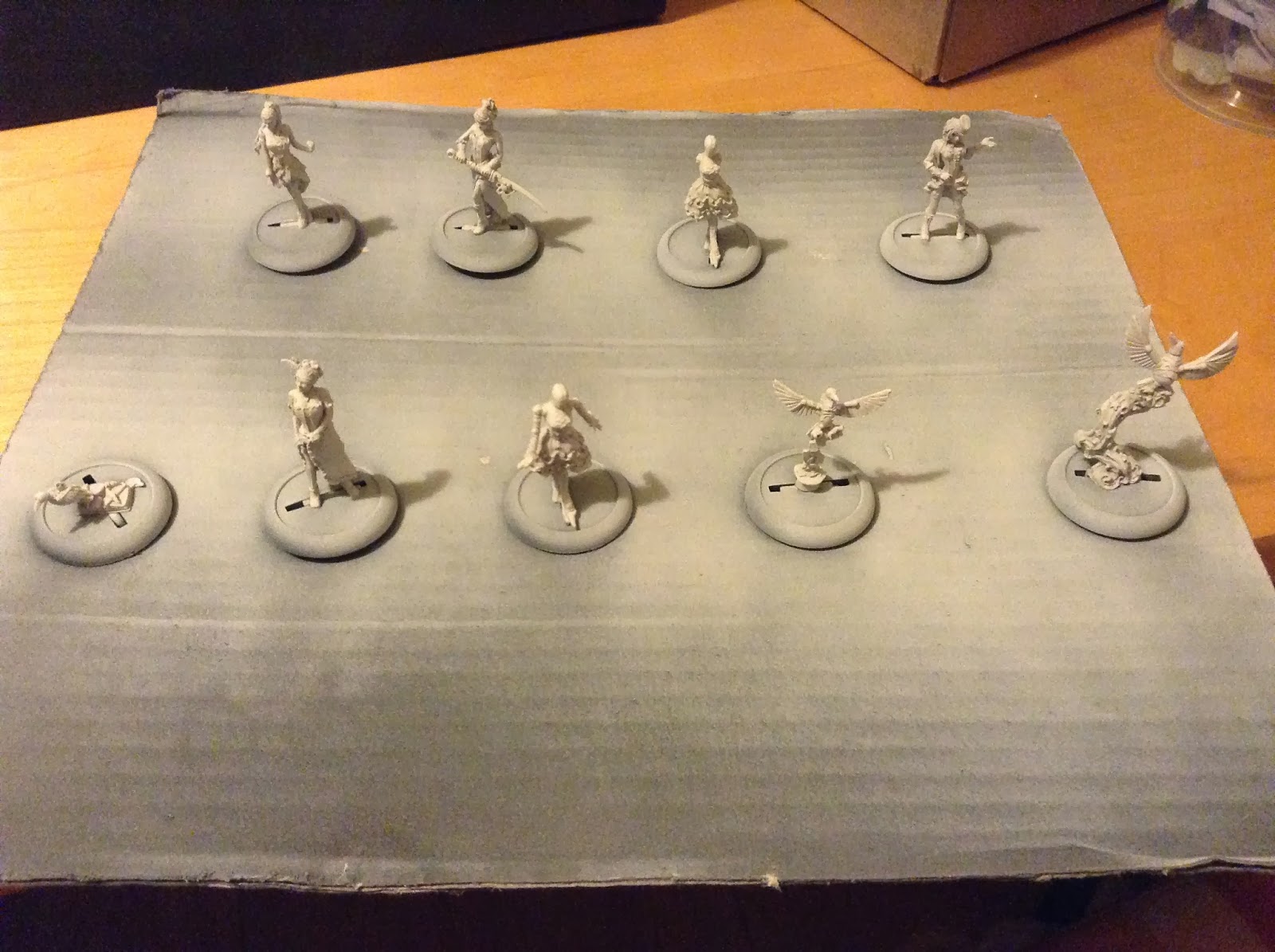 And lo, did my darling wife ask me very nicely to undercoat some of her figures. This is her Malifaux gang. 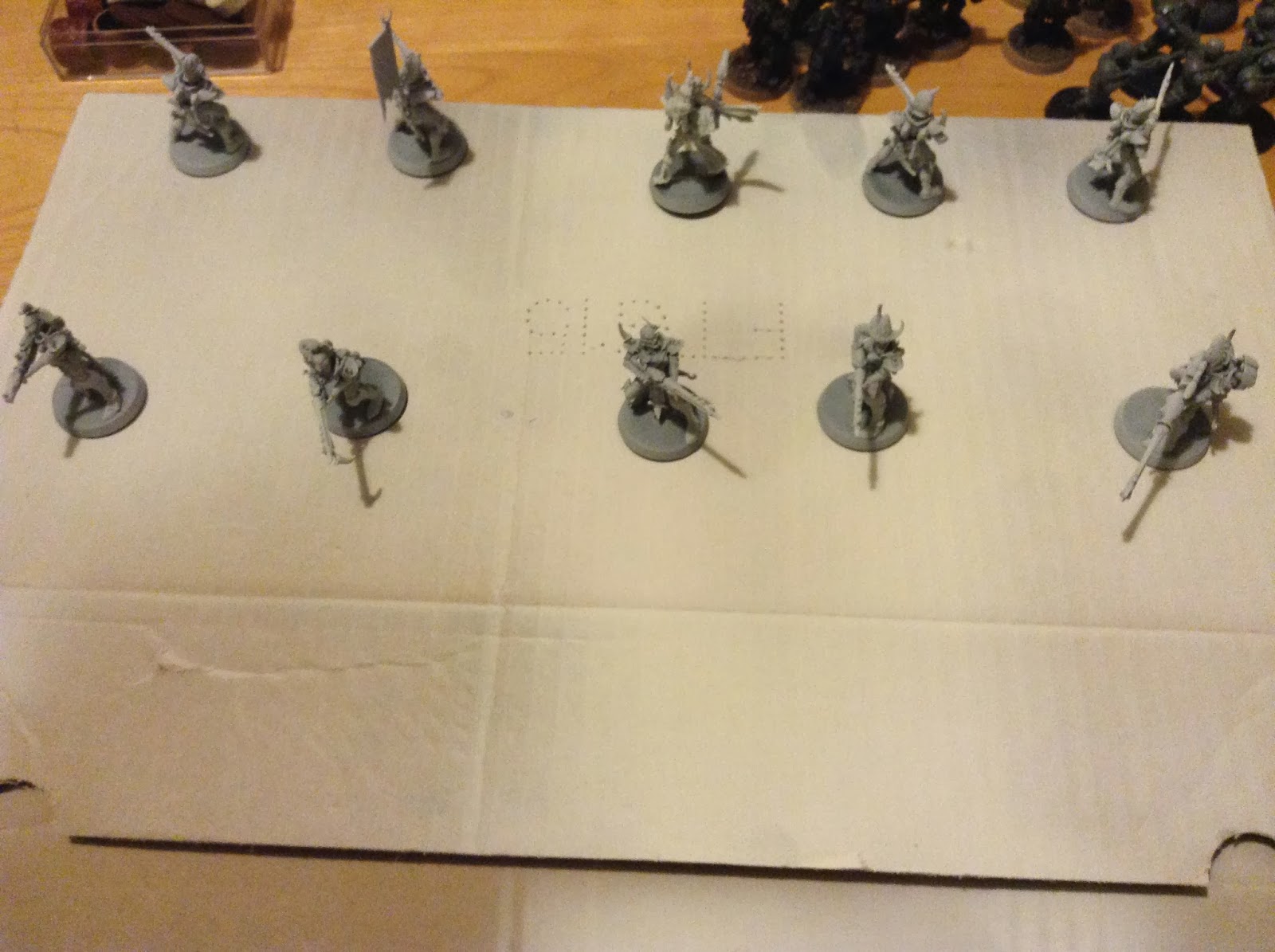 There were also some Dark Eldar Kabalite Warriors and a Succubus who needed undercoating, so they've all been done too.

I'm definitely feeling like I'm getting back into the groove of getting things done. I really did need to finish off some existing projects, like the Collodi crew, but some have been so demoralising and troublesome that as they are the thing I should really be doing I have put them off by not doing anything at all rather than doing something else. I am starting to feel like I'm cresting that ridge now, so I'm a lot happier and starting to look at what I managed to do this year, and what I hope to do next year.
Posted by The Responsible One at 19:00