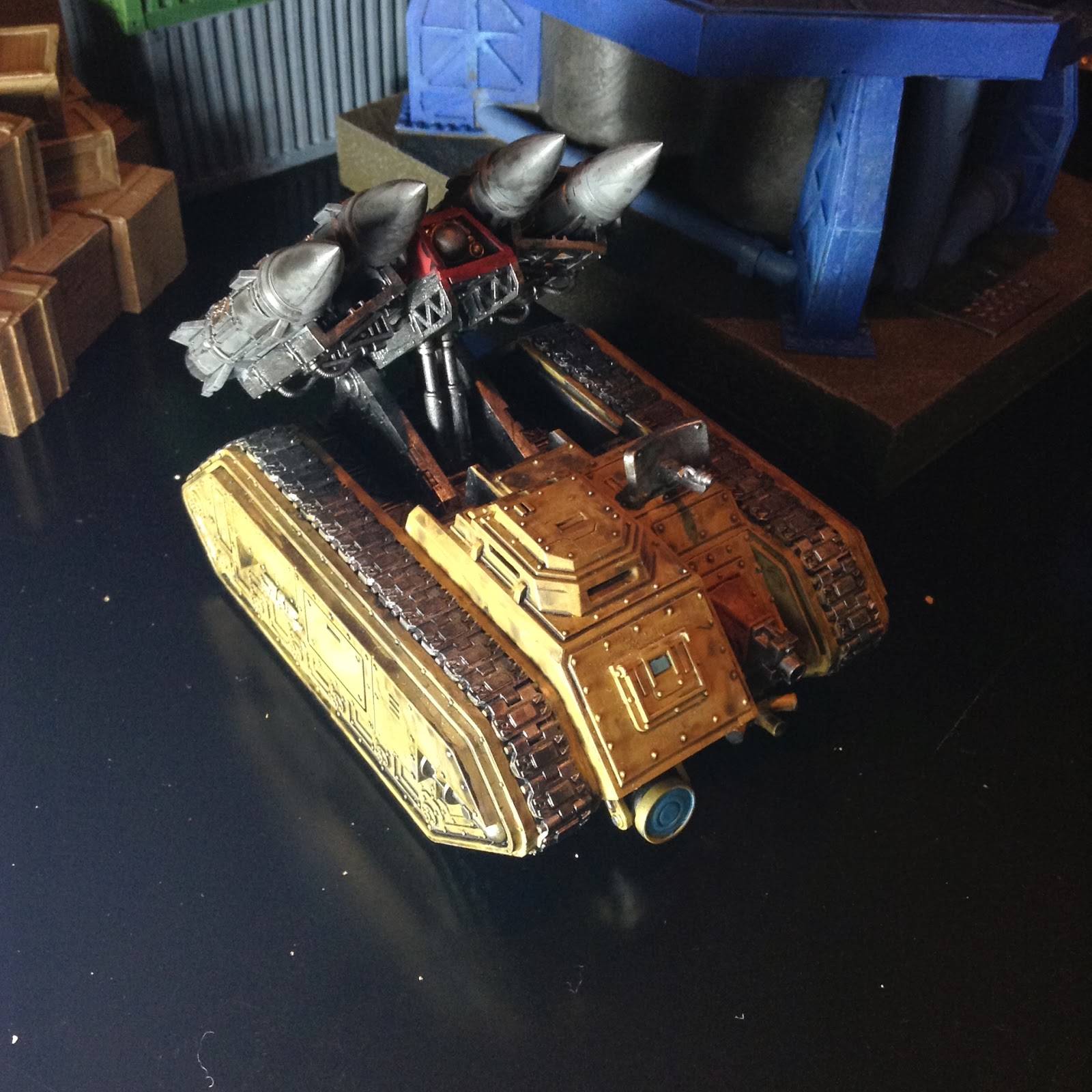 This is a bigger hack than I originally intended. It started when I was listening to a podcast, I think The 11th Company, talking about how Dreadnoughts are just not very good in the current edition of Warhammer 40,000.

This got me to wondering why. Some of the context was in relation to the Chaos Space Marine Codex, which had a useful comparison. The Maulerfiend is something that is seen as more usable and a better choice than the Helbrute formerly known as the Chaos Dreadnought, so I had a bit of a think about the reasons. When it comes down to it, the Maulerfield really has three things which distinguish it from the Helbrute:

These last two both vastly increase its survivability. I've also seen people rate the Ironclad Dreadnought over your common or garden Space Marine Dreadnought. It has an extra point of front armour and some different weapon load outs.

I decided to focus in on survivability first. The proliferation of the Krak Grenade, and its ability to glance a Dreadnought or Helbrute to death (while being unable to scratch the Ironclad as long as it was still fighting) was the sort of thing which mean that the Dreadnought just wasn't as good any more.

The logic chain then went as follows: This isn't as crazy an idea as it sounds - many of the weapons in the game used to take out vehicles already have a low AP number already, so their odds wouldn't change. It also has the incidental effect of dealing with issues such as AP10 vehicles being gunned down a little too easily by massed bolter fire.

I then broke the armour values down into suitable armour saves:

What consequences will this have?

AV10 light vehicles get a clear boost, as it simply takes twice as many bolters to blow them to pieces. That's a useful win.

The odds of blowing up a Leman Russ tank with a Krak Grenade in close combat remain unchanged, as do many vehicles with lighter rear armour.

Dreadnoughts become three times as survivable to Krak Grenade armed troops. They probably also need some additional close combat damage output, but that is something for another day.

Land Raiders stop caring, pretty much at all, about Krak Missiles. Does this make AV14 just too good? It would certainly be a worry. Are there any other common ways of dealing with AV14 which don't have AP1 or AP2?

What do people think? It is a pretty big change, so I expect that the law of unintended consequences will hit it quite hard. If anyone decides to give this a go, let me know what happens!
Posted by The Responsible One at 12:08