I wasn't expecting to get much done this week, as I was away at a LARP in Nottingham. However, despite that, it seems I've gotten a bunch of bits and pieces done. 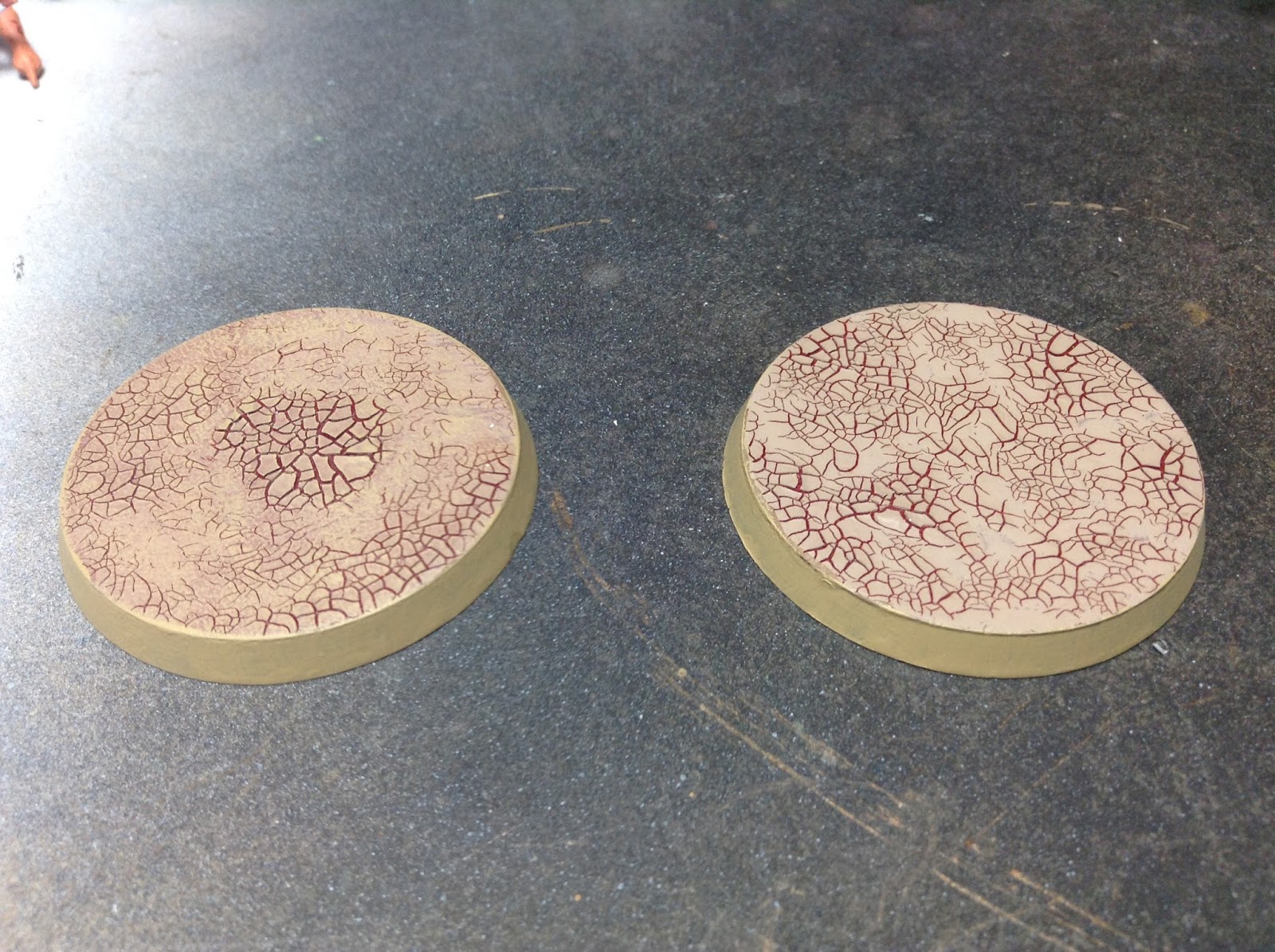 I've been playing around with Agrellan Earth to try and get some particular effects. Notably, these two bases aren't it! Would anyone be interested in them? They're 40mm round GW bases. 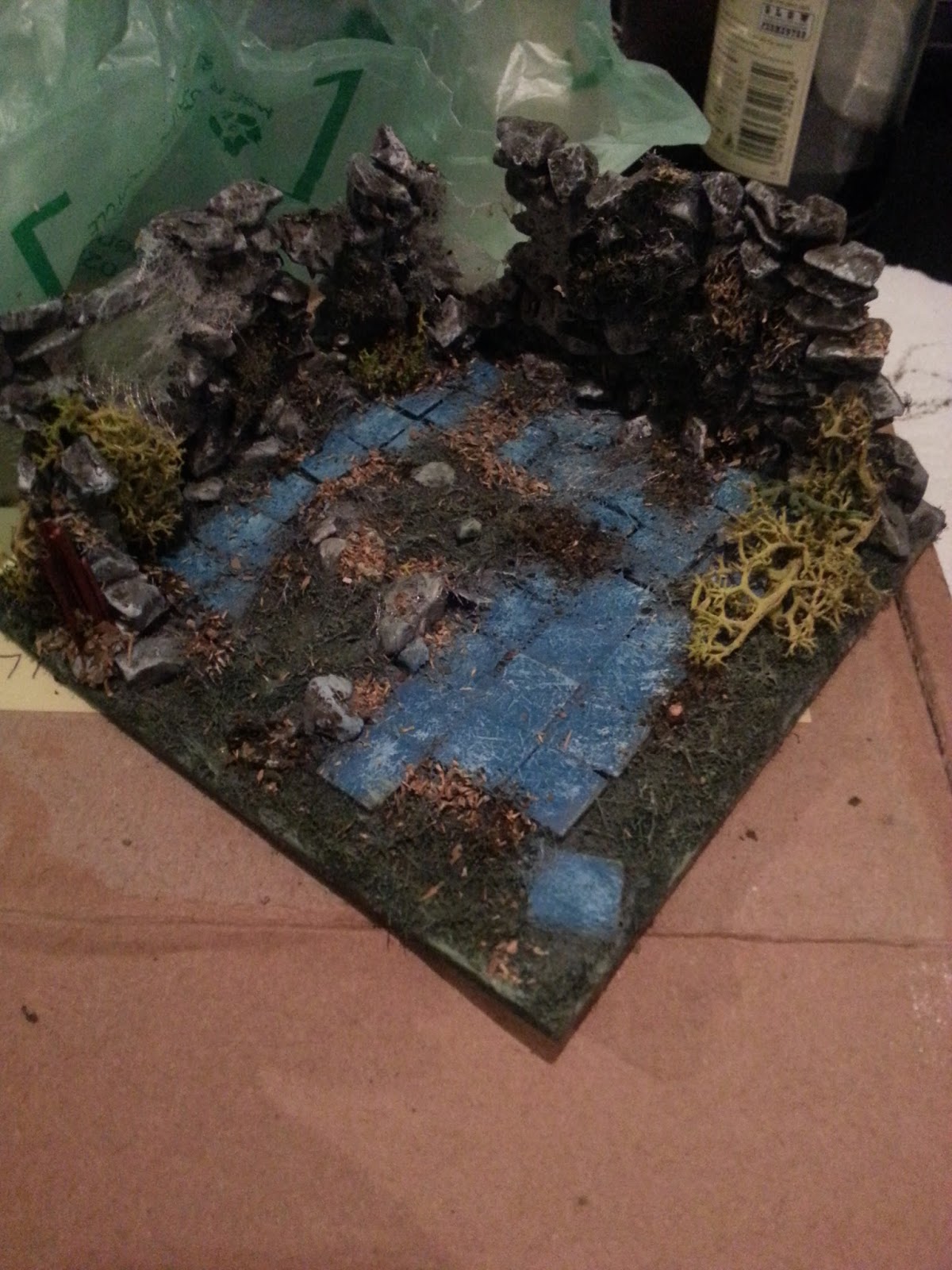 I've also bought these lovely pre-painted ruins from Candy Art Studio. Expect to see them in the background of a few model pics in the future! 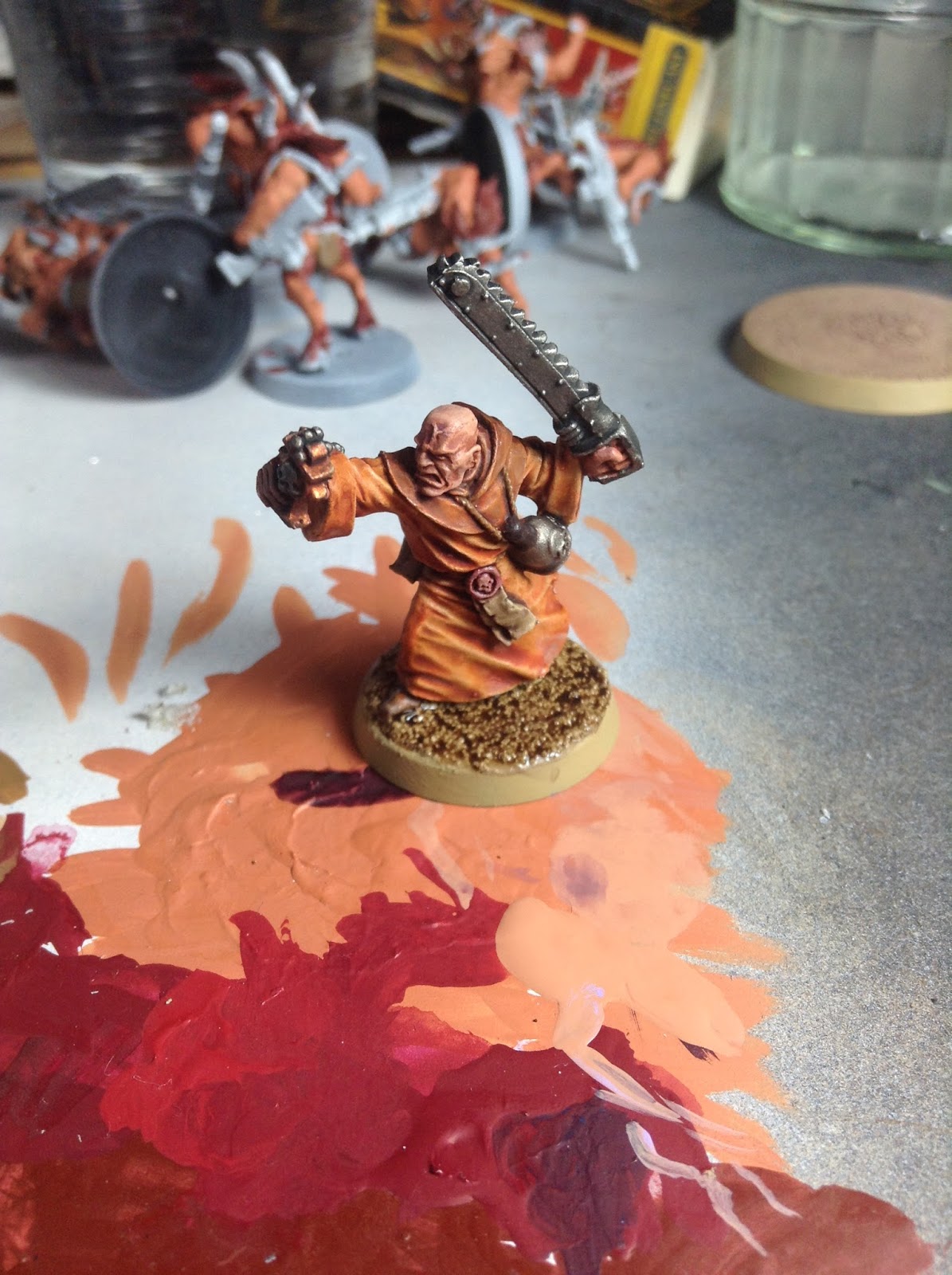 Finally, I've managed to complete the Imperial Preacher for my Astra Militarum army, which was also a commitment for the Independent Characters Hobby Progress Challenge 2014. The base is still wet in the photo, I was skimming in close to the deadline!
Posted by The Responsible One at 19:00