Coming up to a quiet month...

This is not going to be a productive month for me, war-gaming wise. Family obligations, parties, a big LARP event, and work are combining into a perfect storm of "not much free time". The past few weeks of getting actual models painted has been really positive, and a clear indication to me that I want to be putting more time and effort into the war-gaming than the LARPing in the future. That's not to say a bad thing about the LARPs I do - just that interests wax and wane, and right now I'm pretty focussed on the war-gaming. 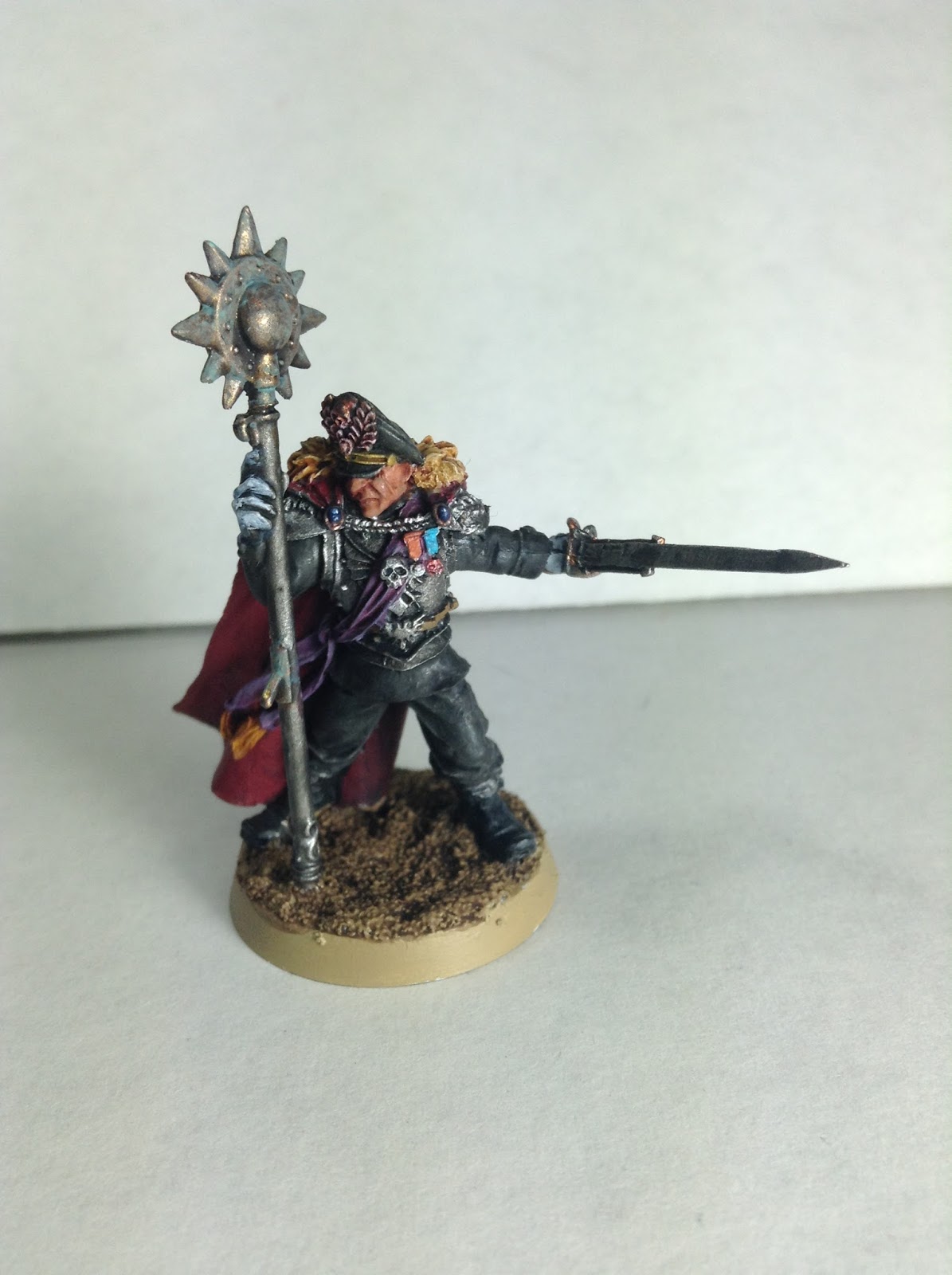 I've based and finished the Lord Commissar so I can at some point fit in my first game of 7th edition with an alternative HQ choice.

Given I won't have much in the way of painting to show people in the upcoming weeks, I'll be trying to get some of my battle reports written up - looking at it, I have games from back in February that I photographed and haven't added to the blog. Hopefully they'll be of interest.

Also, for those who keep track of such things - when I posted in my "Motivation" blog post about how many models I've bought this year . . . I had totally forgotten to count everything I got for my birthday. And that totally counts. So, the score is 27 - 83 = -56.

Bother.
Posted by The Responsible One at 19:00

Email ThisBlogThis!Share to TwitterShare to FacebookShare to Pinterest
Labels: Imperial Guard, Painting, This week, to do, Warhammer 40K