So, earlier this week I talked about a battle against Space Wolves I had back in February. Now, interestingly, at the time, my friend James commented, having seen some of the photos, that it wasn't really to his taste because it didn't appear that much game was actually being played. 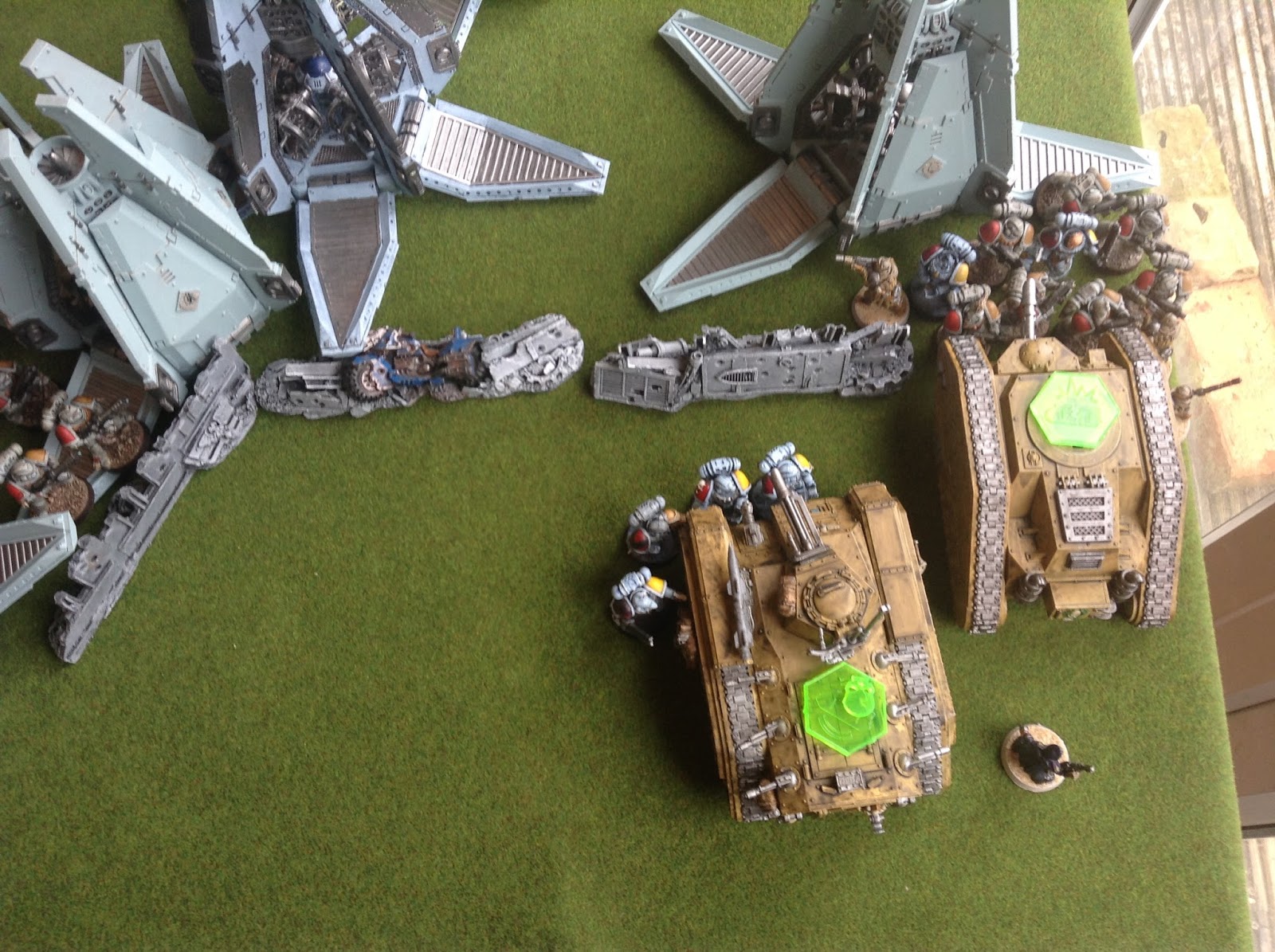 Now, in many ways, I think James was right in that there were some mistakes Paul and I made in how we set up the game. There are two important ones. 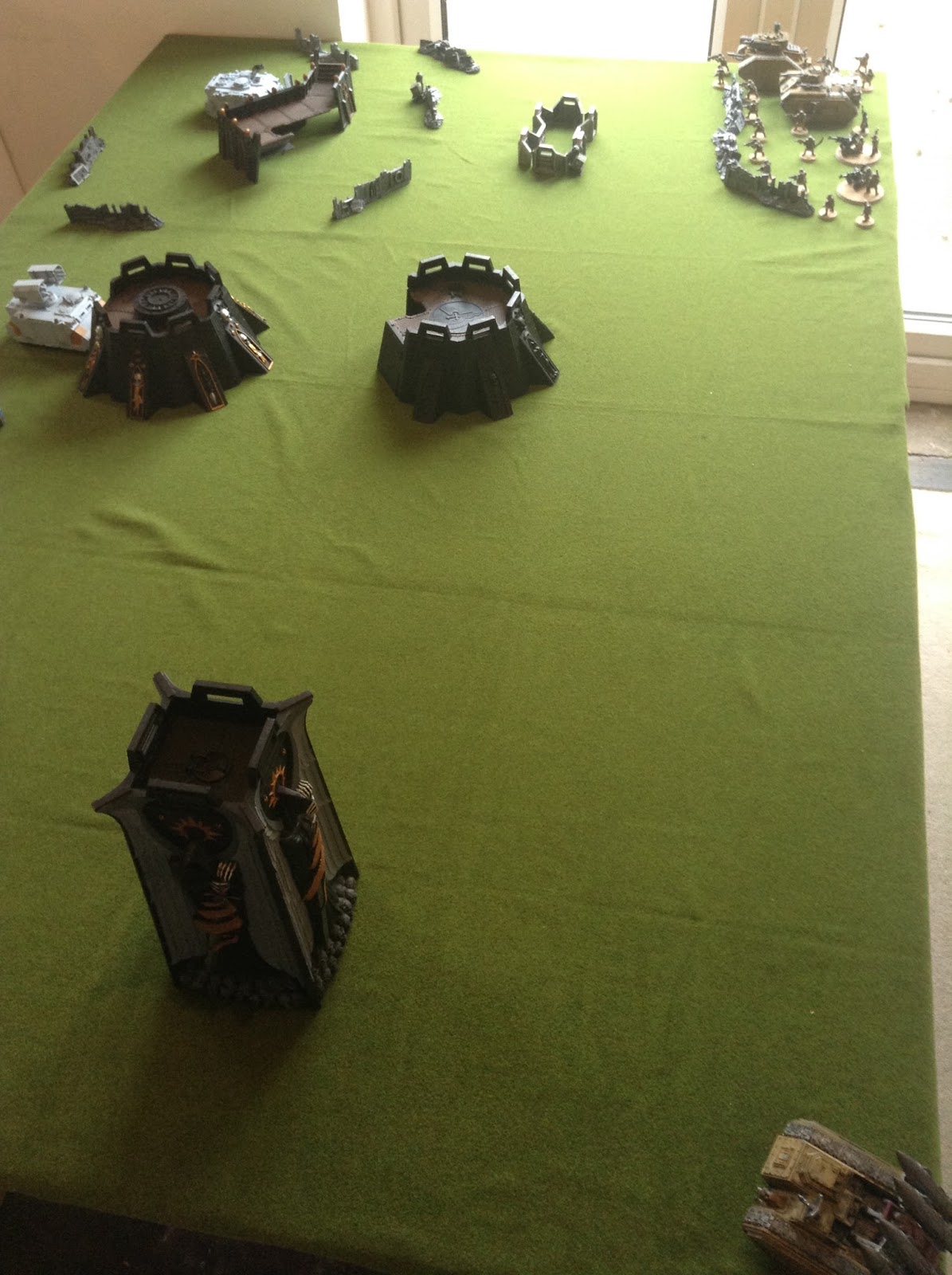 The table is pretty sparse for terrain, but that happens sometimes - for all I'm obsessed about terrain, I mostly own a lot of unassembled stuff! We had done the system in the 6th ed rulebook for placing terrain pieces, but chance had meant we'd rolled very low. We should probably have tweaked up the amount of terrain. 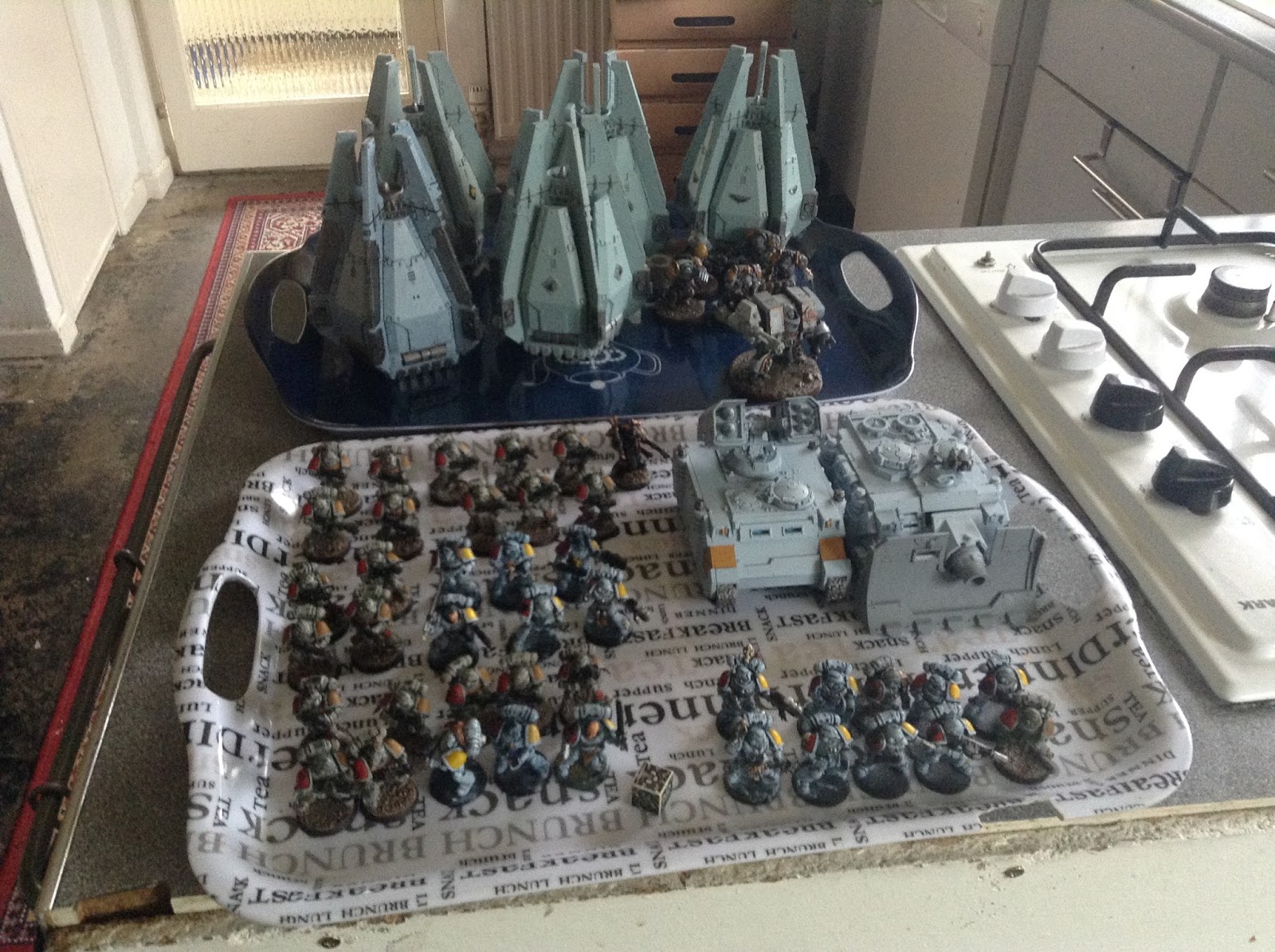 Paul's list was pretty sensible from a Space Wolf perspective. If we'd arranged a more narrative game, we might have either gone all drop pod, or had a few more troops in Rhinos on the field at the start of the game. But historically, my Guard artillery happily spends the first turn taking all his troops out of Rhinos, so I don't blame him for not taking them! 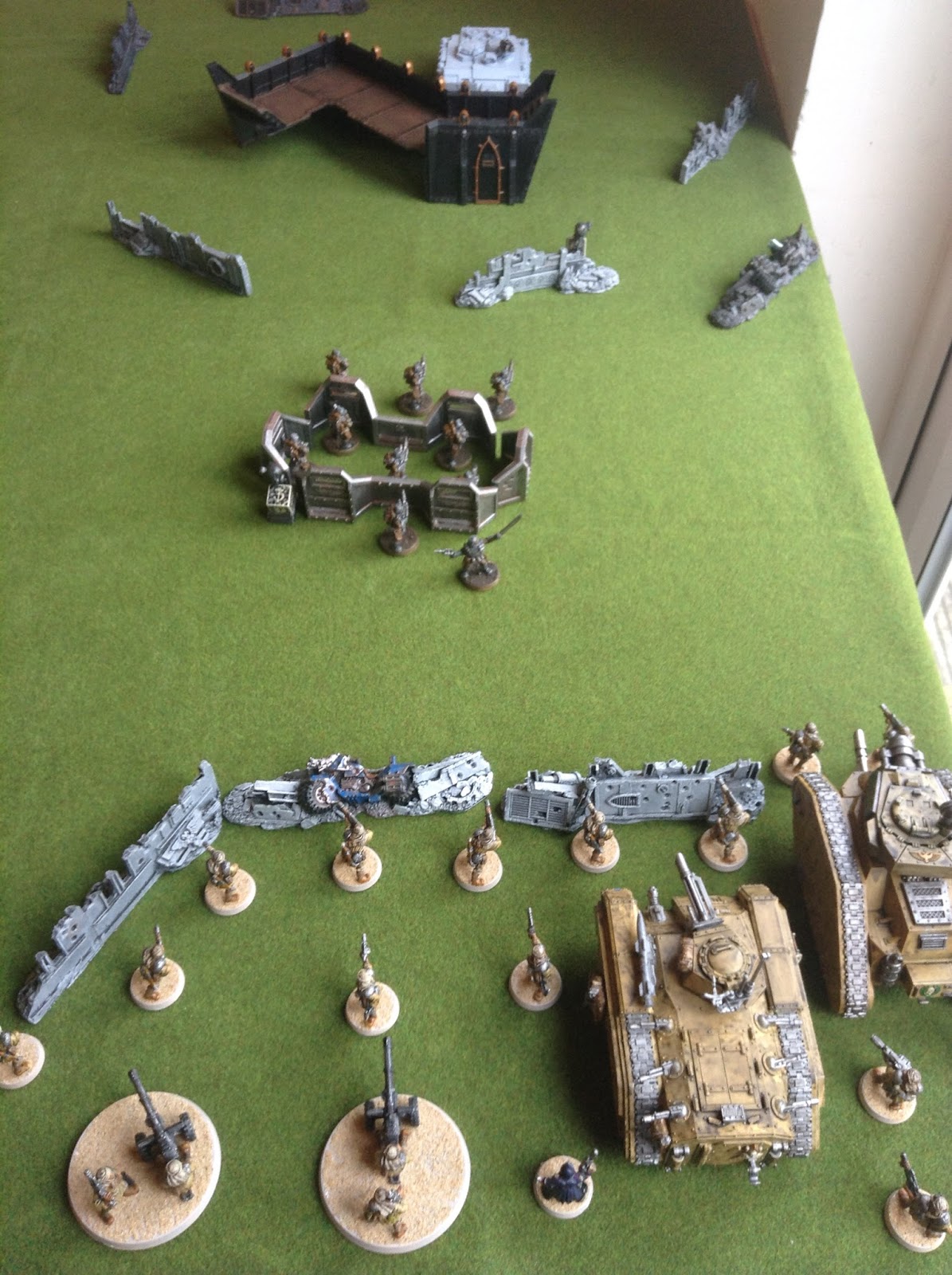 Here's the two big problems, in one shot.

Firstly, that I had not taken anywhere near enough infantry to be able to do very much with the majority of the table - I was in a situation where my Guardsmen were going to be outnumbered by Grey Hunters, and that is a terrible place to be in for the Imperial Guard.

Secondly, as a result of that lack of model count, I had ended up placing the two objectives incredibly close to each other, all at one end of the table - resulting in a very tight packed game without much in the way of tactics and manoeuvre. It was a short range brutal punch up that took quite a long time. Its an absolute credit to Paul as a person and a gamer that this was still an enjoyable way of passing the time - but looking back, I get the feeling that with a different list choice on my part and a little more planning, it could have been even more enjoyable for very little extra effort.

We had a smaller points value game against Paul's nascent Dark Eldar force straight after the Guard fight - and that was a marked improvement. You should see that up on the blog soon.