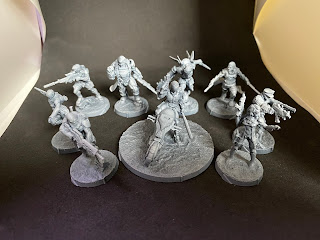 When N4 came out, I picked up the "Starmada Action Pack", as it was on my 'to buy' list anyway, and getting it in a bundle got me an extra miniature for free. Starmada are a sub-faction of O-12. They're an odd mix of units all told, missing mid-field camouflage which is a major tool for a lot of forces. I'm not sure if I'll play Starmada much, but I can also play their units in O-12. 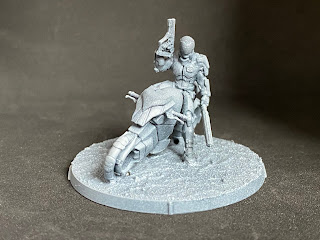 The Lawkeeper is an awesome looking bike unit and a big motivator towards getting the box. I mean, basically it looks really cool, right? 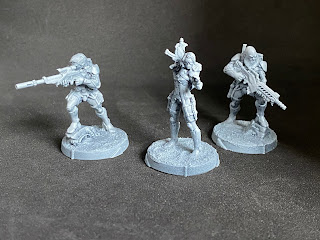 Then we have three special weapons options for the Kappa units. The Sniper and HMG are the heavy weapons options you'll want in a fireteam, and the Hacker is a good cheap hacking option. 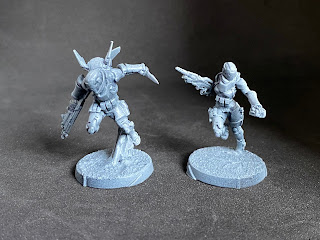 The Crushers are a naval demolition team. You can either take them as drop troops or a forward deploying unit, and the box comes with one of each option. They're all Forward Observers, meaning they count as specialists for missions, while also being quite shooty. 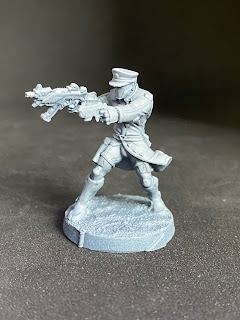 The Bluecoats are Naval Security units. They're good at spotting hidden units, are hard to surprise, and they get an interesting selection of weapons. In Starmada, they also get to join in with Kappas. 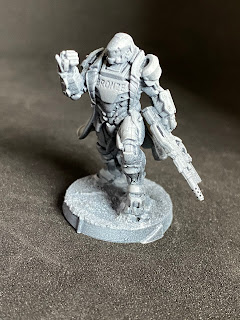 The Bronzes are a new heavy infantry option, and I'm just not quite sure what they're for? They're incredibly tough, tanky units, but simply don't have particularly powerful guns. You'd normally expect Heavy Machine Guns and so on, but it's mostly shotguns and rifles, with one light support weapon option. 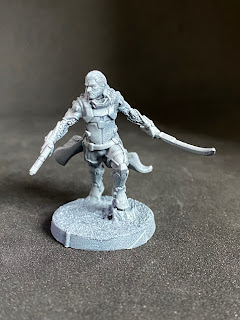 Finally, Saladin can be taken by O-12 as well as Haqqislam. He's a machine intelligence grown to try and recreate Saladin's skills and personalities by an AI, installed into a cloned body. He's an excellent command option, but a bit obvious so could be open to assassination runs. He looks like he'll be a lovely model to paint, too.
Posted by The Responsible One at 19:00

Email ThisBlogThis!Share to TwitterShare to FacebookShare to Pinterest
Labels: Infinity, O-12, Painting, to do