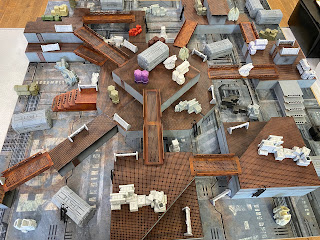 Last weekend I was up in St Albans for the Smackdown Infinity Tournament. It was a three round tournament and I took my Shasvastii. The first mission was Power Pack, which I took one list for, and the other list was to cover the other two missions - Quadrant Control and Firefight. 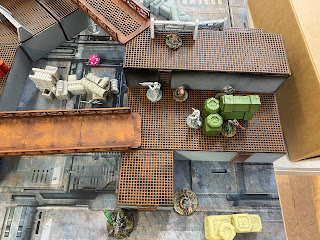 First up, I was drawn against Murkage who was running vanilla Yu Jing. He won the priority roll and chose Deployment, forcing me to deploy first. While Power Pack rewards going second I felt I couldn't risk deploying first and going second against such a good player, so took the first turn and hoped to cause enough damage to swing the game. 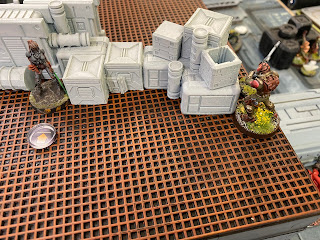 I got a solid first turn in, clearing off two significant big guns with my Speculo, and using a Taigha to clear the Motorised Bounty Hunter. I felt like it was a good first turn, and my opponent was definitely looking nervous. 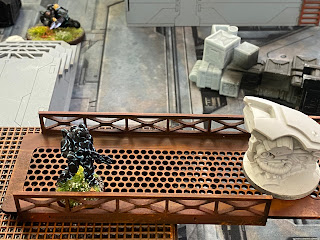 Unfortunately, the remaining big gun was a Hac Tao and despite an early success Immobilising it, it was able to break out. I managed to push two of the three Antennaes, and we both got a classified objective. Unfortunately, I didn't have enough firepower to stop the Hac Tao from pushing onto the Console and winning the game. The final score was 5-3 to Murkage. 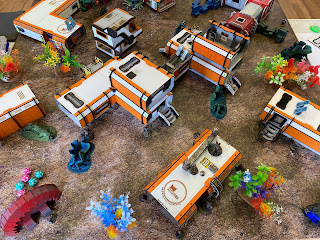 The second game was Quadrant Control, and I was playing littlespoon's vanilla Combined Army. Again, I lost the Lieutenant roll and was given the choice of turn again. 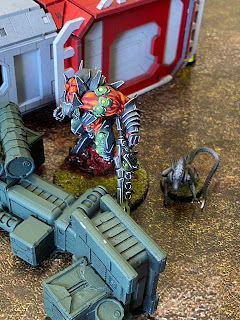 With my opponent aiming for a 17 on his WIP roll, I realised I was up against an Avatar and realised my plan mostly needed to be circling around it and controlling the wider board. 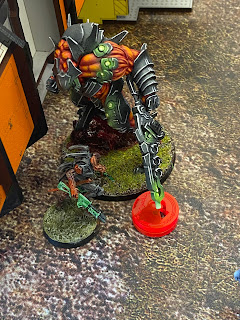 I managed to score well on the first turn, killing a lot of the order providing models. My Caliban Engineer managed to get into close combat with the Avatar and caused it two wounds before an unlucky roll meant its head got punched off. 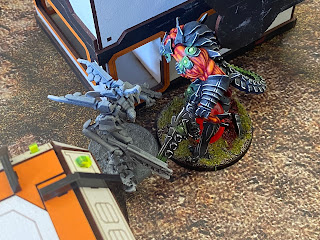 At this point, the Avatar came for my Sphinx, and I had little chance of defeating it. He was able to score the second and third rounds, leaving the final score 7-4 to vanilla Combined over my Shasvastii. 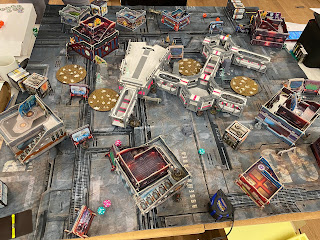 For the third game, I was up against AndyGower's Invincible Army. The final mission was Firefight, and this time I was going second. Up against a large heavy infantry link team, the plan was to stall it and take out as much support as possible before working it pick it apart. 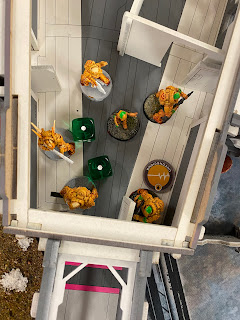 In the end, the plan came together, and I was able to use the tools of my list well to dismantle the challenge of my opponent's. In the end, it was a 7-2 win to me, letting me finish 12th out of 16 players in the tournament.
It was good to get out and play some games, and I'm feeling a bit more confident about being out and about in a managed fashion.
Posted by The Responsible One at 19:00