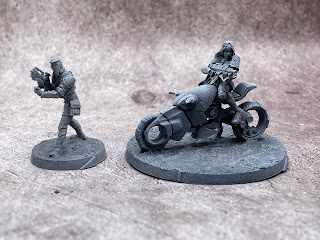 I've been pottering along getting a bunch of my Combined Army ready for the table, so here's a bit of a work in progress to update you on what I'm up to. First up is a Motorised Bounty Hunter and accompanying Bounty Hunter on foot for when they dismount. 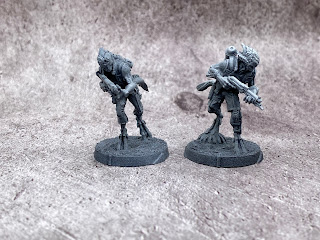 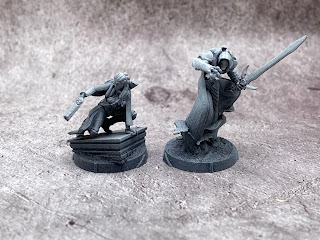 I've also got two named characters ready for paint. Ko Dali's MULTI Rifle profile is joined by the Nourkias, the Umbra special character who a lot of people are claiming is the new hotness for the Combined Army. 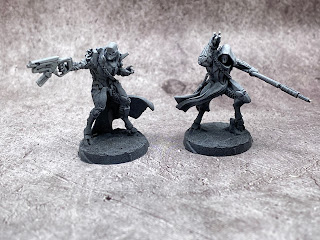 There's also a couple of Shasvastii to expand that force out a little bit - I'm still to use a Malignos, but the Hacker is going to be a serious contender when I do. And the Shrouded with Boarding Shotgun isn't my favourite profile, but again, is worth some consideration. 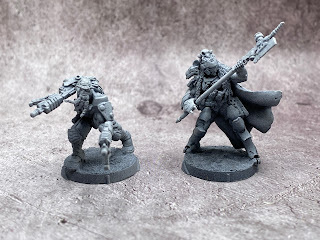 We then get a couple of Morats. The older Krakot Renegade, and the newer Tyrok Hunter. I'm not sure which are any good at the moment, but it will be interesting to find out when I get to playing Vanilla Combined or Morats. 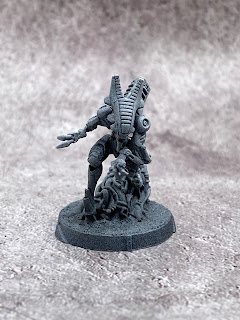 And finally, the Avatar's detachable remote is ready to be painted alongside the Avatar when I get him done...
Posted by The Responsible One at 19:00

Email ThisBlogThis!Share to TwitterShare to FacebookShare to Pinterest
Labels: Combined Army, Painting, Shasvastii, to do