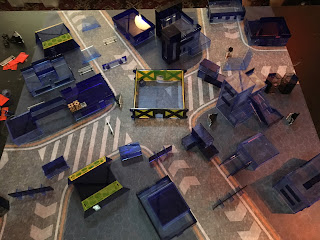 Back in August, I was down to play one of the Morat players in the HATE Infinity League. We picked the Armoury as this mission to play. 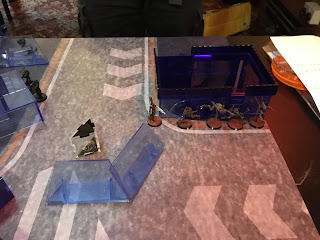 I haven't seen an Oznat / Hungries link before, so I was curious to see how it went. 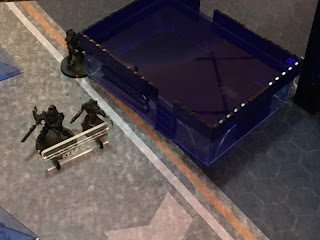 Meanwhile, a Sogarat Haris Link took the other flank. 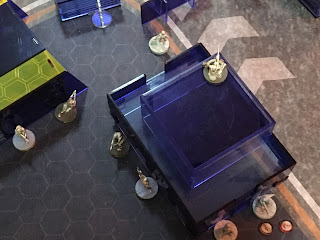 For my list, I was primarily running a Moderator link with an extra Moderator to switch in and go mobile for a late game objective room grab, and an assortment of bits and pieces to hold the list together. 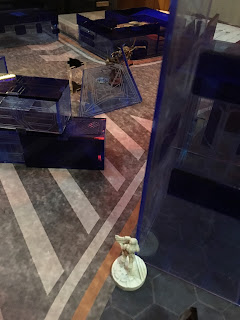 Well, I said I wanted to see how a Hungry link worked - I didn't particularly fancy just leaving it to run up the board unopposed, so I filled it full of holes from the Prowler Spitfire to get the numbers down. 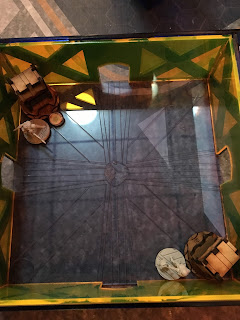 Still, I managed to end the first turn with the Zero and Zoe holding the room, with the Zero in a suitably inconvenient spot on Suppressive Fire. 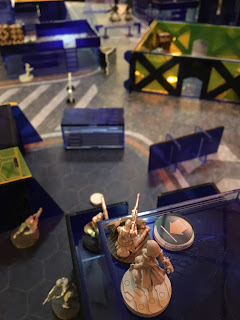 There then began the lesson in "making sure you kill the Moderator Sniper", which is as ever made extra awkward by their super cheap Shock Immunity. 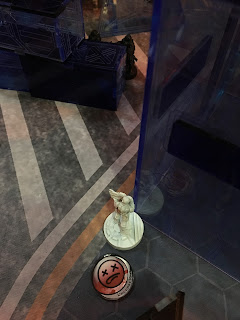 An Angry Morat of some variety did for the Prowler. 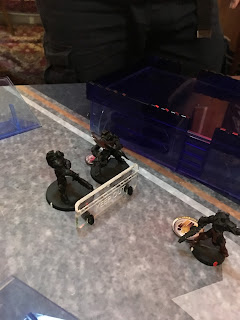 The Sogarat HMG had a bad day being ever so slightly outranged by the MULTI Sniper. 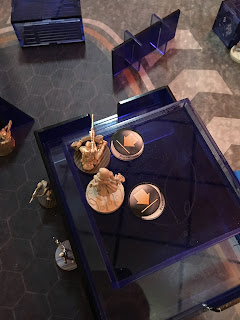 But my new learning experience number one was to learn when to duck and stay alive to annoy someone in a future turn rather than just dying... 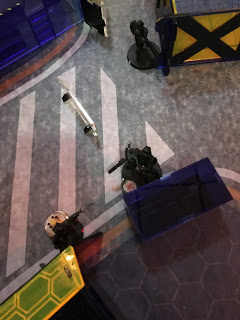 Then I discovered they had Automedkits and they started running up the field, killing everyone in their path. 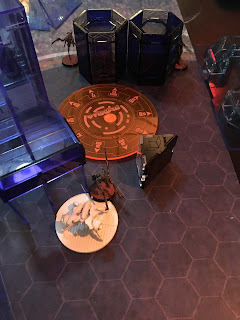 The Lunokhod succumbed to Hungries rushing out of the smoke. 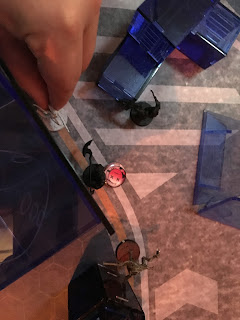 A suicidal Morlock broke the Morat lines in the right spot, however. 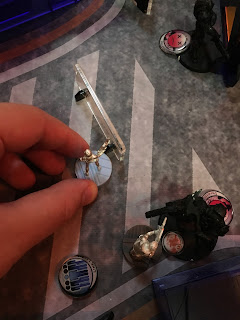 And slowly but surely, the Sogarat were chipped away by weight of numbers - but at the cost of the Lieutenant! 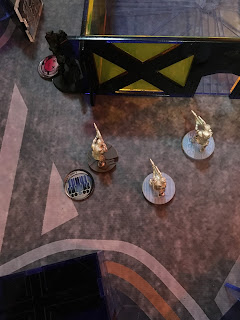 And finally, the brave surviving Moderators grouped up and headed for the Armoury... I'd fortunately got just enough command tokens to convert their orders into regular orders for the move. 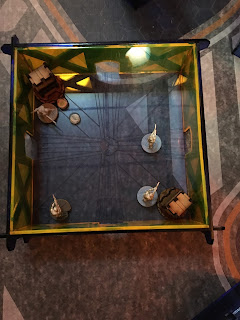 .. joining the Zero who'd bravely held it all game.

The final result was 10-1 to me, with my having looted a Panoply early on and the Morats never really managing to challenge the holding of the Armoury itself.
Posted by The Responsible One at 21:49