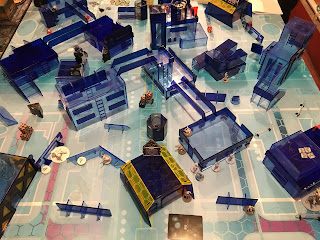 Once again, I find myself looking back at past battles (this one is from June) and desperately trying to remember what on earth happened. Fortunately, I have a few notes, so I know that this was a game of Supremacy in the HATE League, playing against Vanilla Nomads. 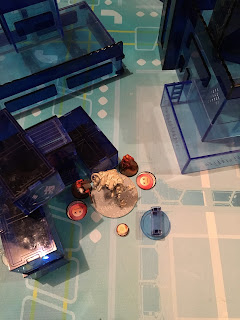 Given I needed to dominate game quadrants, I decided it was time to give the Lizard a bit of a run for it's money. It happily stomped up the field, discovering and gunning down anything in its way. Once it was thoroughly up field, I dropped it into suppression fire to discourage anyone else thinking of heading in it's direction. 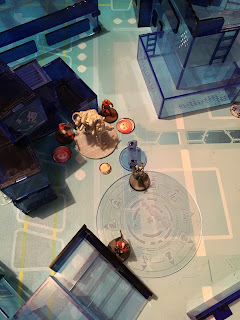 My opponent decided the best way to deal with a big angry robot was to shoot it in the back with Hellcats. Sadly, he made the tactical error of dropping close by, and I managed to pass my change facing roll. They got a short round of shooting before being burned to ash by the heavy flamethrower. 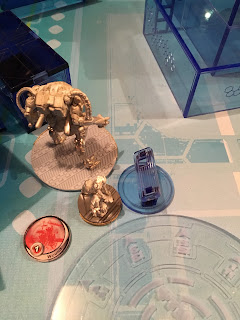 Still, it had taken a little damage, so I ran an engineering bot up to patch him up. 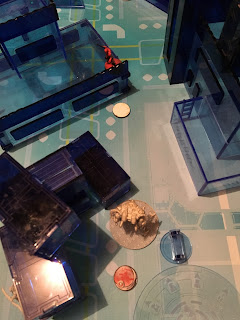 Then, I discovered the joy of Spektr Assault Hackers possessing your stuff. 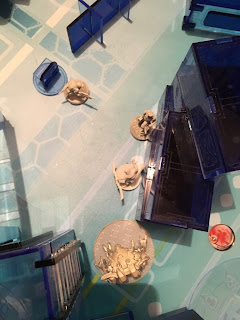 No, wait, we're not friends any more! 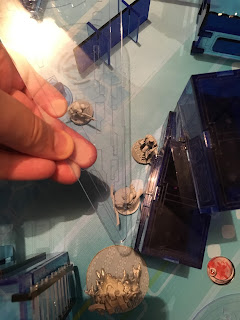 ... a little bit of careful placing to make sure the civilian isn't caught by the flamethrower. 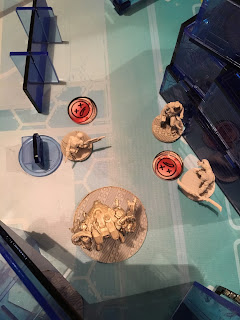 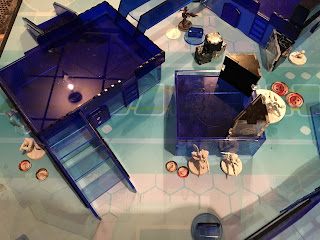 I'm not quite sure how I managed to dislodge this Zero in Suppressive Fire. I think I left them and got a classified for something - maybe repairing the Lizard? 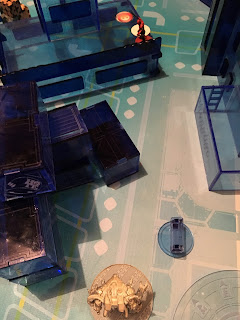 I dropped a Command Token to get my Lizard back and avenge myself on the Spektr for a thorough 10-0 win. The Lizard was definitely angry robot of the match. At one point the pilot popped out to flip a console, and they also smushed an Intruder Lieutenant at one point.

However, as you may have seen from my battle reports from Totally Crit X2, it seems I've still not learned not to casually walk it around near Hackers...
Posted by The Responsible One at 19:00