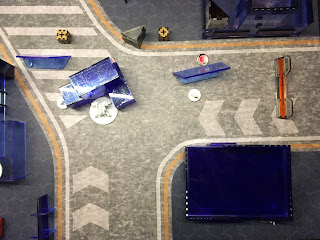 Back to the League, and my next scheduled opponent was Hassassins. "Can we play Rescue?" my opponent asked. "It's just I've not played it before and I'd like to try it."

Using some crates as civilians, because we didn't have enough civilian models to hand, I agreed, and learned very quickly that the reason my opponent had never got to play Rescue before is that Hassassins are really obscenely good at it, and no-one wanted the kicking. 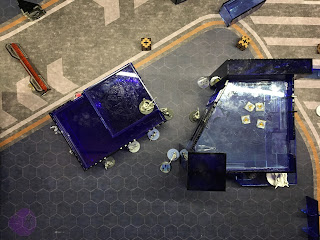 There were swarms of Impersonation Markers crowding up my deployment zone, although at least the Lunokhod and it's Crazy Koalas scared the hell out of my opponent... 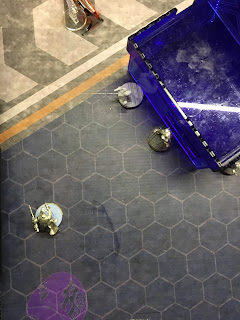 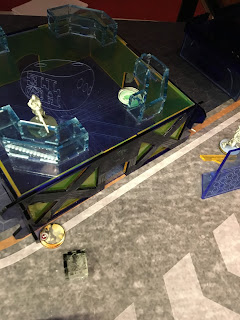 Oh, and a whole bunch of the models on the other side of the field were actually Holoprojectors, but I wasn't really paying attention given the horror in my front lines. 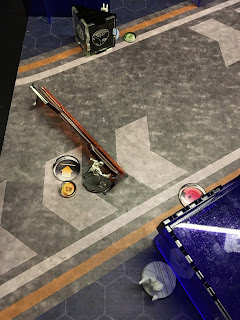 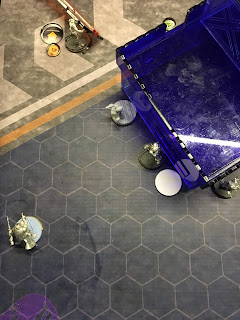 Then Bob from Accounting managed to wander all the way around to here without being discovered... 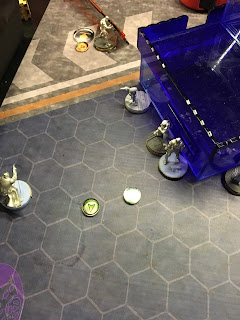 Aaand it's a Fiday! Who'd have thought it... 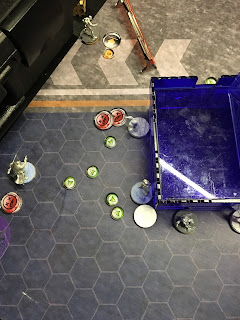 Short ranged shotgun blast devastate the area - taking out my engineer completely, knocking out Pi-Well and the Sin Eater. Then he planted a mine around the corner to paralyse my link team. 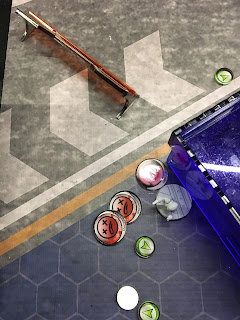 Before finally going and hiding behind Pi-Well from the retribution. 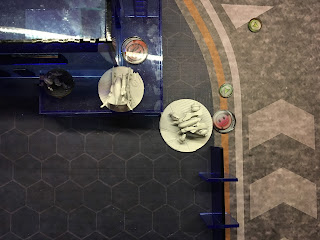 I managed to educate my oppnent about the joys of Minesweeper, stealing the Fiday's mines off him and leaving him trapped by his own, stolen mines. But in my dark amusement, I foolishly turned my back on the other Fiday who ran up and murdered the Lunokhod in revenge. 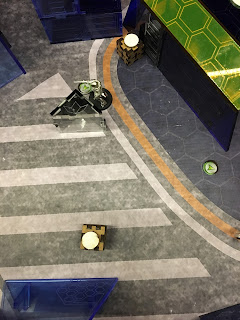 Meanwhile, Hassassin specialists retreived their civilians without much opposition. 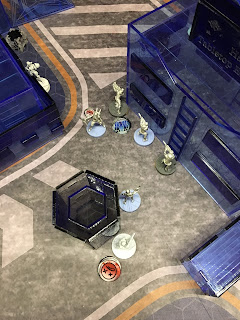 The Moderator link team pushed up the table to try and retreive the situation, but despite causing some damage to the Hassassins at last, weren't quite able to make it as far as a civilian, leaving the score 7-2 to the Hassassins. (I'd picked up a classified somewhere along the way.)