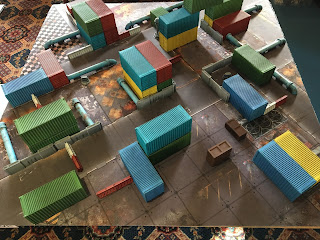 Back in October, I headed down to High Brooms with a few of the delightful chaps from HATE to play a few friendly rounds of Infinity organised by the ever competent Totally Crit Crew. It was a weird one for me, as it was my first Limited Insertion tournament, and the weekend before had been War of the Worlds, where I'd been running fifteen or sixteen order strong Corregidor lists.

First up on the card was a nice simple Frontline mission. I was facing "Lightbulb", who was running Acontecimento. The set up was a container park, and I was forced to go first. 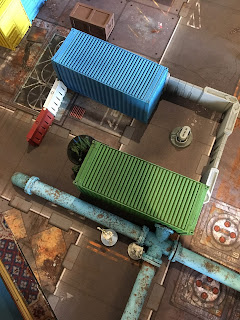 Most of my first turn was spent trying to get a Mechanised Deployment Peacemaker out of its little nest of walls and crates. I mostly sought to do this by running my Intruder HMG up and speculatively firing grenades over the wall. I just couldn't roll a hit and when I finally did, it passed it's armour saves... 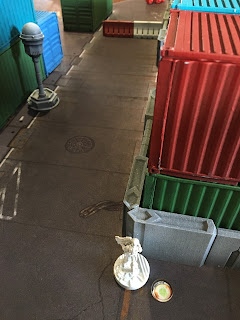 My Prowler misjudged a distance to a Bagh-Mari sniper, and ended up needing 3s to hit. I then proceeded to roll two crits and he was gone. Sadly, the suppressive fire mode plan did not help on dealing with what was coming his way. 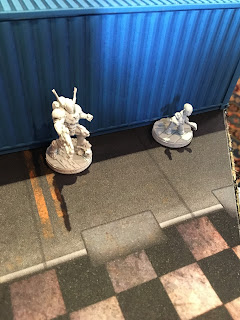 In the end, all that was left alive was my Mobile Brigada and Pi-Well, after a Dragoes rampaged through my deployment zone. I couldn't even get to the HVT to Forward Observe it, resulting in a thorough 10-0 drubbing. 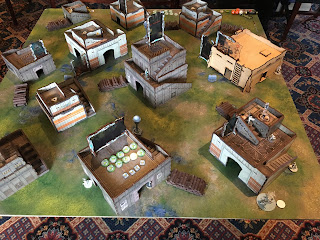 Next up, Looting and Sabotage, where I'd designed a weird list involving my TAG to have any hope of smashing up the AC2 unit. I was facing XiaoHouZi's Imperial Service list. I had a Prowler mid field with Demo Charges just in case, but the main plan was to push up with the Lizard. My Intruder HMG covered the biggest fire lane I could find with a Jaguar next to him for smoke. 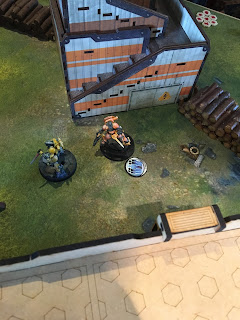 I was quite worried to see a Fireteam: Duo of Su-Jian, with a link team of Celestial Guard and Xi Zhuang lead by a Crane covering the other flank. Fortunately, my opponent had not yet learned what a prone camo token on a roof next to a prone Jaguar meant, and despite suppressive fire, I managed to neutralise one of the two, then pushed the Lizard up the field. 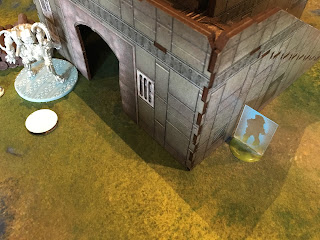 Aaaand then a Hidden Deployment model appeared, and I regretted pushing up quite so far. At least I had kicked an unconscious Forward Observe Remote in the head on the way up to score Extreme Prejudice. 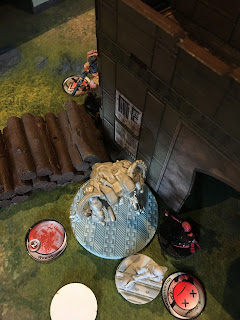 Fortunately for me, it was not a Hacker, and his DA close combat weapon mostly bounced off the Lizard's armour until I could punch him in the head and stop him hitting me. The surviving Su-Jian was lurking just in sight with a Boarding Shotgun while I was on two wounds.

Running Zoe up seemed logical. She's a WIP 15 Engineer. She's got this. But in a comedy of errors, she managed to knock the TAG out, heal it, knock it out again and get it back to where I started at the cost of six of my orders, including the ones to move her up. 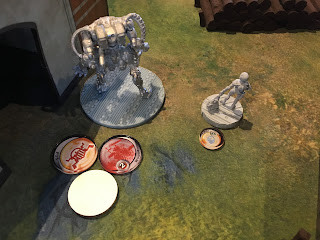 The Lizard then pulled it's weight on it's own, burning the Su Jian and newly advanced Crane Agent to death with his heavy flamethrower. My opponent's third turn was over, and I had a turn to pull it back. It was currently 4-3 to me from the classified, but I still had a couple of options to run for the AC2.

I foolishly decided I could risk running the TAG past the Celestial Guard Hacker. They successfully possessed the Lizard. I tried to get Zoe to rescue the Lizard, but she bodged the roll and fell victim to an Immobilisation. 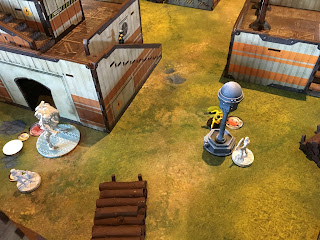 So, it was all down to the Prowler. He ran down the stairs, across the field, and had one chance to plant a D charge on the AC2 with my very last order. He was burned to a crisp by my own TAG's Flamethrower, but he not only landed the D charge, but it was a crit- also stripping a further STR from the AC2, leaving me with a comfortable 6-1 win. 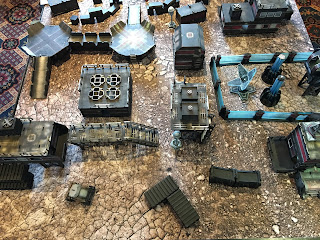 Final game was against Tohaa in Decapitation. And, dear reader, I screwed this up. I placed the HVT where I thought he'd be safe, forgetting that some models are tall. My opponent placed a Gorgos, made it Data Tracker, and in his first order scored five points by annihilating the HVT. 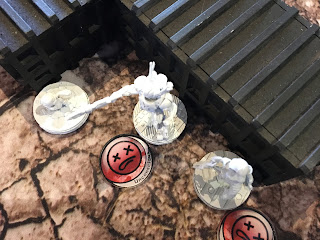 By the end of my first turn, I was in Loss of Lieutenant as my Lieutenant and Doctor were both down. I'd taken down a 4 point G-Synced model with a Crazy Koala. 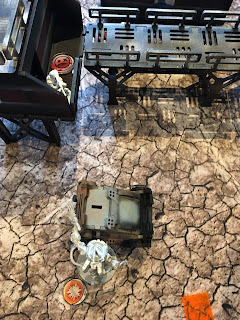 My Grenzer had a small chance to make things right, but was crit. 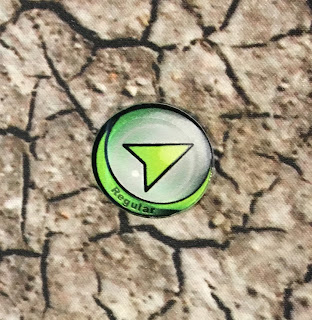 For my last turn, I had one model left alive. My opponent didn't even need to give any orders to anything other than his Gorgos. I barely threatened anything. I ended the game 10-0 down, with nothing left alive on the table. I'd caused 4 points of damage to the Tohaa.

Still, brutal defeat aside, I had a fun tournament. I managed a convincing win in my second game, and used my TAG well. Both of my defeats were to TAG lists with my non TAG list, and while I was definitely comprehensively outplayed, I don't feel that my non TAG list had enough synergies and threats to be more than a random grab bag of the more expensive models I owned.

The Totally Crit Opens are massively fun, well run, with a friendly group of players, on excellent terrain in a spacious venue that gives you room to think and breath. I'd absolutely recommend them to anyone considering attending an ITS tournament!
Posted by The Responsible One at 19:00