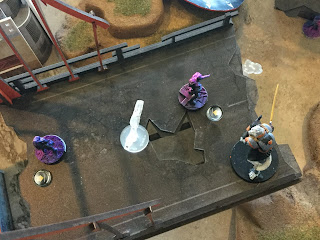 First game is against aethelior, who is bringing Corregidor. I have a bad habit against Corregidor, which is that as I play them, I relax because I "know their list" and then get my ass handed to me.

Reader, I got my ass handed to me.

Corregidor had first turn and sent McMurrough up the field to murder my doctor and Lieutenant. I managed to use my McMurrough ensure werewolf mutual destruction, and then he dropped a Hellcat with Boarding Shotgun into the back of my link team. It ended in a 6-0 loss with me only having 18 points left alive on the table... 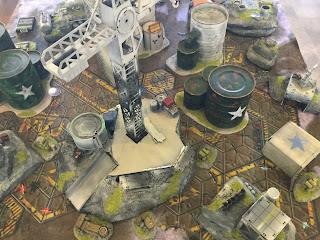 Next up was Supplies, where I faced vito, who was running Druze Bayram Security. Again, an army I play and know but this time I was cautious. 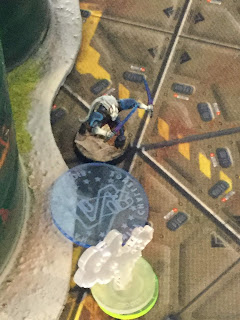 The Druze Saito Togan managed to grab a supply box, hand it off to some other shmuck, then run away 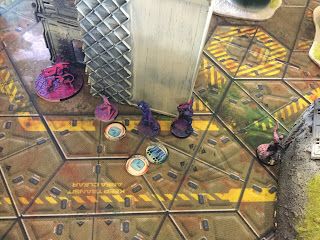 My link team brutally murdered pretty much everyone in their way and picked up the other two supply boxes . . . 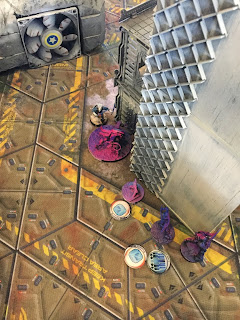 Saito snuck out and demolished the Rui Shi, who could see through all his clever invisibility tricks, but he didn't have enough orders left to slaughter everyone else, so he had to sneak away. 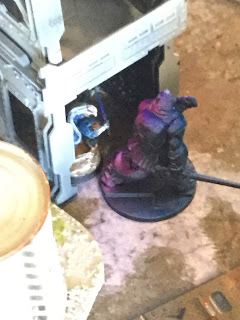 I then answered the vital question of who wins a Werewolf vs Ninja fight. It's the Werewolf. I grabbed the last box through the ancient art of "murdering the person holding it", and ended the game with a 10-1 win, with poor vito only left with 44 points on the board and my Rui Shi the only casualty. 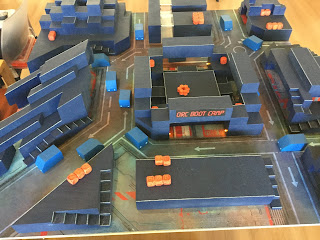 The final game was Countermeasures in a strange (it turns out rather last minute) board set up to be a training arena, with lots of big blocks, weird hiding holes and tall buildings. My opponent was vettel, playing US Ariadna. 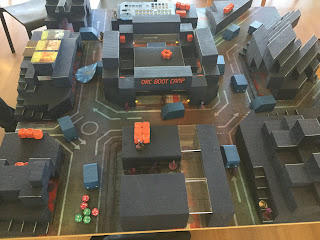 My left flank turned out to be the main route for fighting, with his troops advancing under smoke there, then mine putting down smoke to clear out the ARO pieces with the Rui Shi. McMurrough got killed again, but I'd blunted his ability to move around and do much more.

I was obscenely lucky, having forgotten about Van Zant, a special drop trooper who can walk on from the enemy deployment edge. I managed to shoot him back using the fireteam granted Sixth Sense rather than getting unopposed shot to  death.

Second turn, I pushed up to get my data tracker mission, killing his 112 biker on the way . . . and accidentally putting him into retreat. I thought for a moment I'd won, but he'd also scored his data tracker objective, making the whole game a draw, 6-6.

As it was, I came 5th overall (a win in the last game would have crept me into 4th). All in all I was pretty happy with the result. The EIC was an excellent event that I absolutely love. Sadly, they've announced they're planning something different next year, but I'm waiting to hear what the plan is, because they run good events.

I'll miss the spa hotel if it moves, though.
Posted by The Responsible One at 19:00