Next steps in Infinity 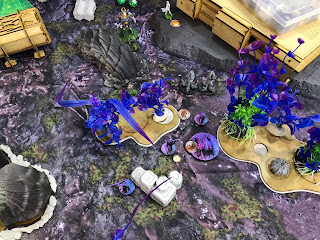 Information is starting to come out about the upcoming March release of "Code One", a simplified version of the Infinity rules. This is intended to make it easier to get into the game. Then, in August, we'll see a new, fourth edition of the game.

With there now being a reasonable amount of information out now, it's got me thinking about what I'm going to do in the next edition. It's also a good opportunity to take stock, and the combination of the two was enough for me to write up a blog post documenting it. 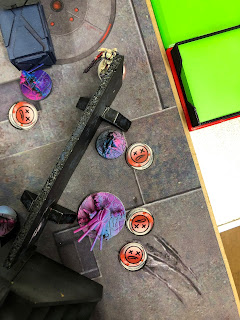 Where I am now

Primarily, I collect Nomads and NA2 Mercenaries. With Defiance coming, I picked up Operation: Wildfire for the Shasvastii models, so have a small Shasvastii and O-12 contingent as well. Due to the breakdown of the models available to the NA2 factions I play, I can also field a Qapu Khalqi force from Haqqislam, given it consists of mostly Mercenaries. I'm painting the Shasvastii myself, and plan to paint the O-12 and Nomads. My NA2 mercenaries I get commission painted.

I'm mostly playing my Dahshat Mercenary Company seriously at tournaments this year, and signed up to play my Nomads in the HATE League because I missed them. 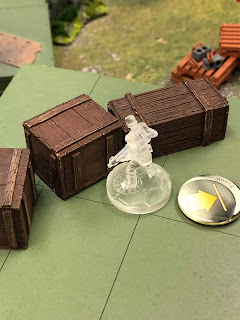 The first thing I'm going to want to do once N4 comes out is to get in a "test" game with each of my forces. QK are at the bottom of the list, as they're currently officially out of print, so won't get their list released on Day 1. I don't intend to do anything hugely clever in those first games - basically, take a stereotypical list for that faction, and see how it shakes out. 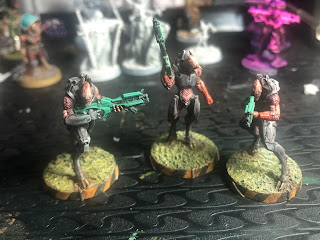 While I've painted none of my Nomads and a handful of my Shasvastii, I still don't own enough Shasvastii to run a sensible list. I'd originally been assembling the Shasvastii myself, but having proven to myself I can do it, I'm going to get them shipped off to my commission guy to get assembled. I can spend more of my time painting that way.

All I'm missing, in practice, for my Shasvastii is a smattering of remotes. This isn't a pricey or difficult purchase, so as soon as I'm further along with the Shasvastii painting, I'll get them in. The idea is to get to the point that when Defiance ships in November, I'll have all the current Shasvastii releases painted.

Meanwhile, while I love my Nomads to bits, the Shasvastii painting objective is a bit more achievable and would mean I could get a faction done. I've still not decided on my Nomad paint scheme and some test paints are absolutely on the "to do" list. Once I've decided the paint scheme, the idea will be to paint up a workable list, play it, then work out what to paint next to expand it. 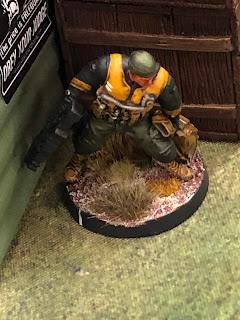 Outside of the very basics of Shasvastii (the Beyond box and the remotes), there's nothing I really need to get right now. The only purchases I plan to make until I've got more forces painted up are anything that's either limited edition or going out of production to mean I don't end up paying eBay prices later.

I'd like to play around with Puppetbots and the Zondnautica in Nomads, but what's the point in getting them now? I've got stuff queued up for my commission guy already that I'll get to play sooner. I'll pick them up with there's a space in the commission schedule, and preferably once I've worked out my Nomad paint scheme and have painted up a full list. 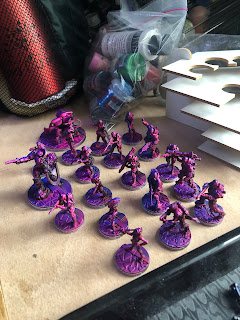 I'm really positive about where I am with Infinity. I'm enjoying the games, I'm getting stuff painted myself as well as through my commission painter, and there's a new edition coming which will mean that I get lots of fun new interactions to learn about. If anything, this means I can take my foot off the gas at the games a little bit and focus more on the modelling and painting aspect as I get ready for the new edition. But that's fine, both are fun!
Posted by The Responsible One at 19:00