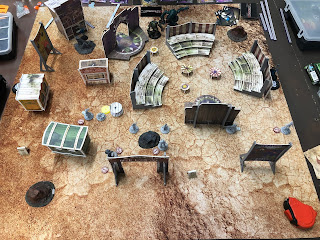 For the last game of the Dark Sphere Malifaux Slow Grow League, I was up against the Swampfiends. It was up to a full sized game, returning to "Plant Explosives" as the Strategy, with a pick of "Harness the Leyline", "Search the Ruins", "Outflank", "Detonate Charges" and "Take Prisoner".

I knew Zoraida had way, way too much activation control to risk either Detonate Charges or Take Prisoner, and "Harness the Leyline" looked like a bit of a faff, so I picked Outflank and Search the Ruins. I'd later discover my opponent had gone for the exact same schemes. 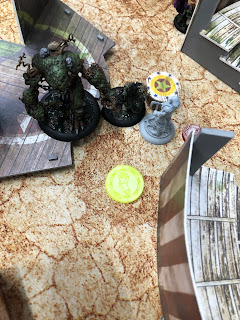 Bishop got into an early punch up with the First Mate, and my opponent brought in Bad Juju to tie him up and then had the First Mate leap out of the way. 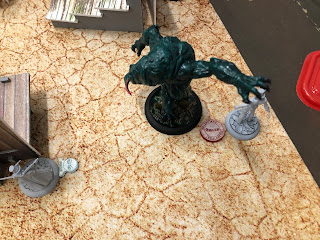 Big Jake had run up one side to drop his Explosives and score an Outflank, but the Grootslang jumped out of it's lair there and turned him to mush. 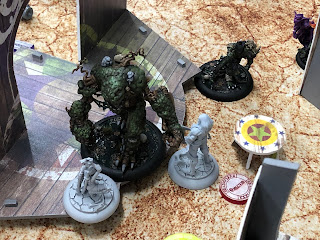 Going into the second turn, I drew the Red Joker and a face card Crow. Bishop has an ability to cause damage if he is attacked in melee and successfully defends using a card with the Crow suit. Bad Juju swings, I cheat in the high Crow, then draw well for damage . . . Bad Juju swings again, I cheat in the Red Joker, and Bad Juju dies. He has a once per turn resurrection that he uses . . . 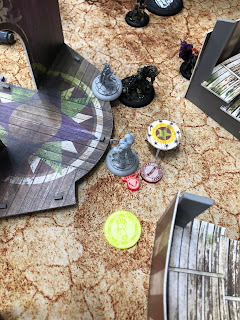 . . . but that's the end of his turn and my surviving Victoria kills him and moves on to the First Mate, who desperately uses his defensive abilities to run away at speed rather than meet the same fate. 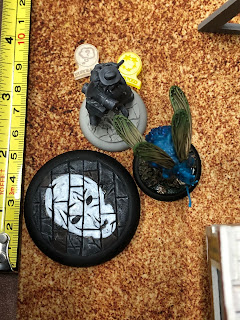 The Prospector and a Will o the Wisp have an ineffectual slap fight on my left flank . . . 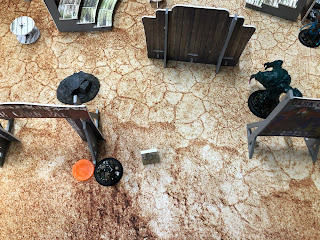 Meanwhile, I have nothing left on defence and the Neverborn are happily scoring all their points for Detonate Charges and Plant Explosives. 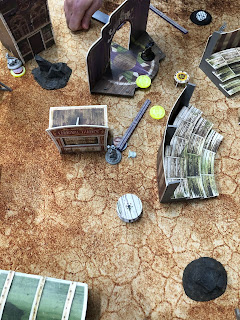 Zoraida desperately tries to Obey Taelor into a bad position for scoring . . . 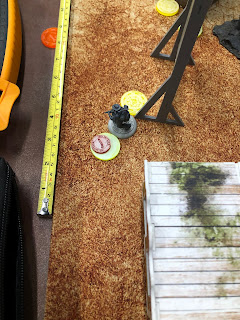 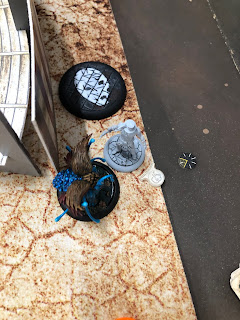 I also mis-positioned Big Jake's return, costing me another victory point in turn 5, leaving the final score as 8-6. I did practically no scoring defence, but in doing so was able to move around the Swampfiend crew and score most of my points.

That I was only two rookie mistakes off the spectacularly implausible 8-8 win made me both a little sad and very proud of how I'm picking up the game. I've signed up to a couple of Malifaux tournaments now (the London Grand Tournament and the UK Nationals) as I'm definitely enjoying myself and would like to get some more games in.

Posted by The Responsible One at 22:56