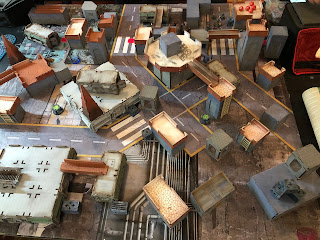 Back in the Days Before when when we could go out, and play games, I got in a game at HATE against one of the club members who was running their Onyx Contact Force. It's now been ages since then and I can't remember much of what happened... 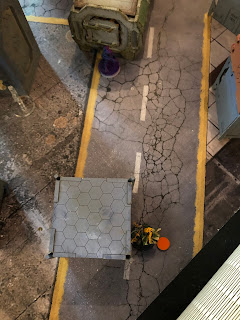 After putting a hole in my reaction remote, my opponent sent their Greif Operator up to take out the Engineer. They were a little careless and took the shot in the line of sight of my Libertos, who happily filled them full of holes. 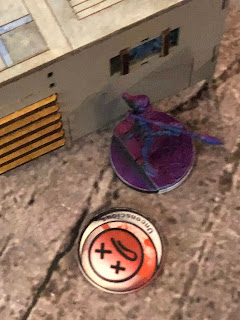 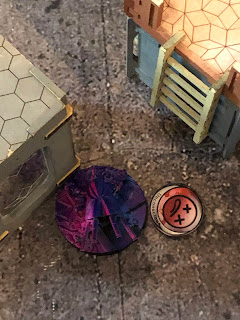 But the damage was done, and the reaction remote and engineer were both down. 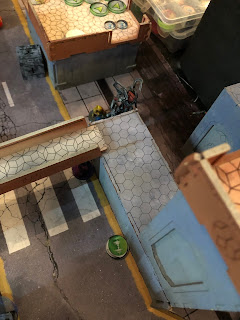 I was super worried about the Combined TAG, and snuck my Hunzakut up to get a Deployable Repeater up. My hacker then managed to immobilise it, but I then made the mistake of having the Hunzakut move up to shotgun it, allowing it to reset and get out of the immobilisation.

Learning point: sometimes it's fine not to kill a thing but leave it in a place where it will just be an order sink to free up. 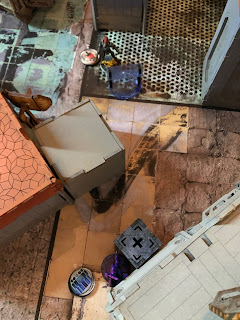 There was then a big push to have my link try and take out the defensive Unidron link. 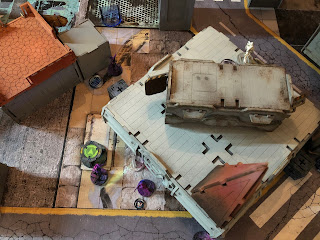 But I over extended and got most of my link killed. It was super close, and I can't even remember who won now. It was certainly down to the last order or so.
Posted by The Responsible One at 19:20