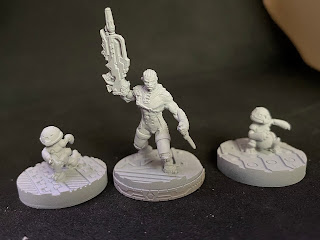 With an announcement by Corvus Belli that the Moran Maasai Hunter profiles would be getting resculpted in 2021, I picked up the old sculpts. This was partially to satisfy the completionist in me, and partially so that I had variant sculpts for the same weapon profiles if I wanted to run more than one of a particular weapon at once. 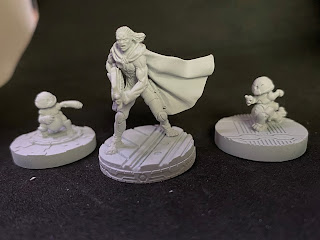 The Moran Maasai have always been strong staples of Nomad lists, but I haven't run them due to not having the models. I've been hearing that they're even stronger in N4, so I'm looking forward to seeing how they do. 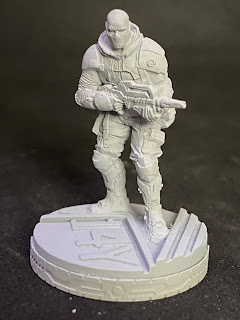 Also assembled and ready to go is a Vortex Spec Ops model. I picked him up to borrow his alternative head for a conversion I've already shown off, but he's now ready to see some paint as well.

Email ThisBlogThis!Share to TwitterShare to FacebookShare to Pinterest
Labels: Infinity, Nomads, Painting, to do