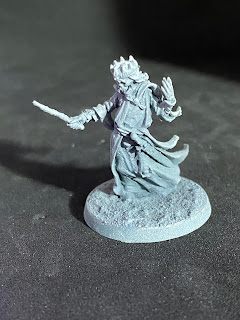 I got a deal on a few Otherworld Miniatures that were in clearance. I'm a huge fan of their old school style. The Lich is definitely at the "boss monster" end of the power scale, but maybe I could stat up some kind of skeleton wizard or similar? 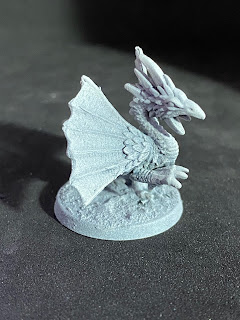 A Cockatrice is a lovely low level monster who adds an interesting flavour to an encounter. It's not the sort of thing you'd necessarily think to add to a D&D fight, but having the monster might prompt the idea of some bandits having trained one as a pet, or it being part of a swarm of nasty denizens of Khyber in Eberron. 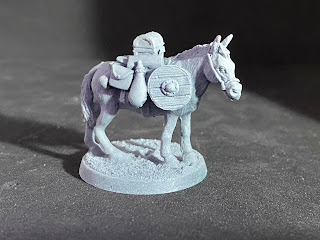 A laden pack horse is just useful. It can be a party resource that they're using, or good encounter dressing for cities, towns or merchant caravan attacks. 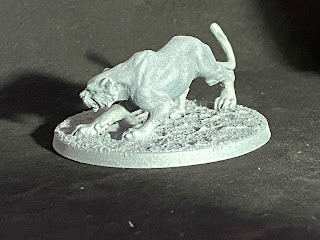 And finally, a mountain lion to add to the pile of assorted natural monsters I can run an encounter with. 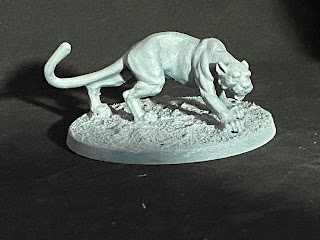 It's a nice clean sculpt, and won't take much painting to get done. Definitely need to get a few more models painted!
Posted by The Responsible One at 19:00

Email ThisBlogThis!Share to TwitterShare to FacebookShare to Pinterest
Labels: Otherworld Miniatures, Painting, to do