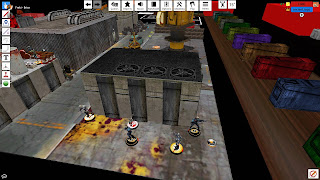 In Round 2 of our TTS Isolation League, I was up against the new hotness - Varuna. The mission was Hunting Party, where you try and stun and immobilise the opponent's lieutenant and specialists, with a side helping of secret objectives and pushing buttons.
Varuna's two strong points are a brutal defensive MSV2 Sniper in a link, and Camouflaged Jammers. To address this, I took a Securitate link team with the new Spec Ops Veteran with a Sensor for the Jammers, and a Kriza Boracs HMG along with an Interventor friend to deal with the MSV2 Sniper. 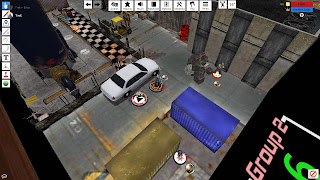 I then deployed the Securitate link opposite the Sniper and the Kriza Boracs opposite the camo markers. Mostly because I was panicked about the amount of cover on the left flank. 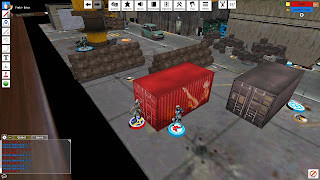 I weathered the first turn fine, then brought on Raoul Spector to take out the Sniper. I successfully hit the Trauma Doc, then threw a "Drop Bear" (a throwable mine) before turning the corner to shoot the sniper . . .
The sniper was just out of the area effect of the mine, and easily gunned down Raoul at his bad ranges. This was not going well for me. 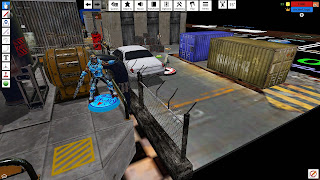 A Croc Man Hacker then came up and tried to hack my Lieutenant Kriza Boracs into being immobilised. He succeeded, but due to a misunderstanding of how the mission scored, he unfortunately used a programme that wore off before it forced me to change Lieutenant. This would have provided him more scoring options, but fortunately (for him) this didn't really change the outcome of the game. 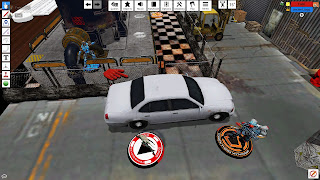 The Kriza unstuck, shot the Hacker, and then shot up a whole bunch of the reaction / guard pieces. 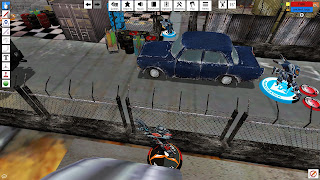 My Heckler then made a heroic run down field, threading between various guard pieces to place a massive E/Marat template down in a speculative attack on his Lieutenant. It succeeded! I was momentarily in the lead! The Hecker survived to the start of my opponent's next turn, at which point he swiftly reduced the pesky meddler to a fine red mist. 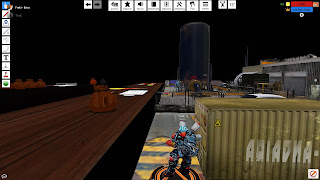 I could feel my opponent nearly going 'on tilt', but he paused, thought about it, and came back swinging. He was well ahead in terms of game positioning - he just needed to get the score back to match how everything else was going!
In the end, he swung it to the point where I couldn't fix things. He glued specialists, glued my Kriza properly this time, completed a classified and pressed a button. While I managed to bring the specialists back to evens, swinging two points back to me, my Engineer simply couldn't make the run to the Lieutenant to free him and save the game, and Varuna firmly took a well deserved win.
Posted by The Responsible One at 19:00