Work in Progress Wednesday: Oh, that's quite a lot, isn't it? 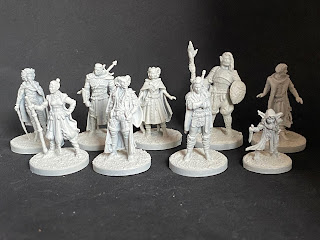 I've been working through trying to get everything I bought in January assembled this month. First up, we've got the Mighty Nein from Critical Role. It was a bit too windy for undercoating the day I undercoated them, so I might need to redo a couple before painting. They all come re-assembled and are pretty nice figures. I'd say they're high end board game piece in quality. 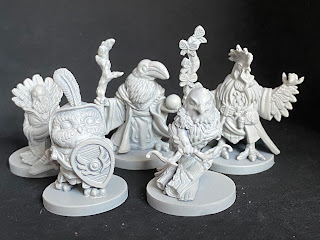 A friend at the club painted up one of these Humblewood Heroes and I just couldn't not. It was the little owl knight that got me interested, but I have a quiet love for the pigeon wizard at the back. 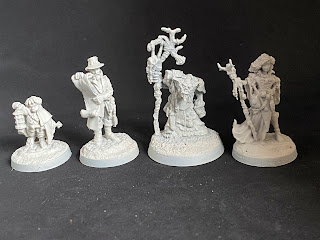 I grabbed a few Reaper Bones Black models at the same time I got all those Otherworld Miniatures. They should be nice quick and easy paints. 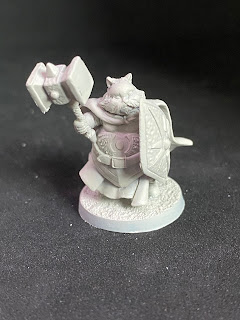 A dear friend got me this Bad Squiddo model for Christmas. He's called David the Cat Warrior. I plan on using him as a Tabaxi - maybe a Paladin or Cleric? 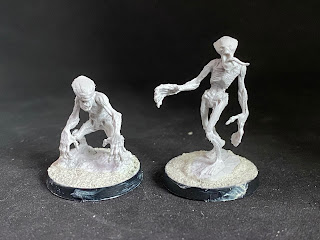 These are Wizkids models again. They're intended to be Doppelgangers in Pathfinder, and the D&D look of Doppelgangers are very different. They'll be useful for random aberration monsters, though. 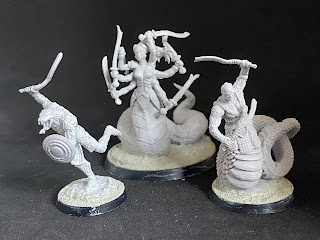 These Yuan-ti models are moderately annoying me due to the poor quality. There's some really terrible mould lines, and running snakeman on the left's sword is super bent and won't go back, even with hot water. I'm debating a sword swap but the entire reason I get the Wizkids stuff is to minimise my assembly work - I'll probably not buy any in a sulk until I forget again. 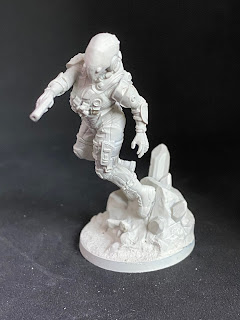 Finally, I got the third of the Infamy 54mm models I plan on using for Inquisitor finished and undercoated. They're probably going on the shelf for a bit as I've a few other projects I want to finish first, but they're ready to pick up and paint when I get inspired.
Posted by The Responsible One at 19:00