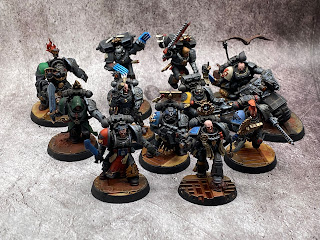 I originally picked up the Deathwatch: Overkill box when it came out because the first release of plastic Deathwatch and Genestealer Cults was something I was super excited about. 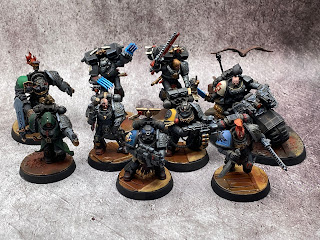 Kill Team Cassius have been carried over into 40K as a Troops option for the Deathwatch army. You can't customise their equipment, but that's not necessarily a bad thing while I'm learning the army. 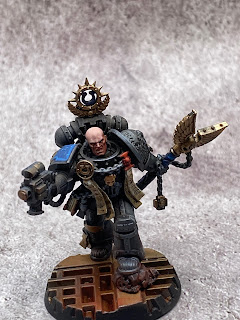 Chaplain Cassius is the namesake of the team. I'm not sure if he's at all different to a "normal" Chaplain, but I guess I'll find out! 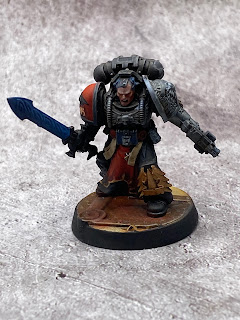 There's also a Librarian in the team, so I'll have a good opportunity to learn the Space Marine and Deathwatch psychic powers when I get to a game.
Posted by The Responsible One at 19:00